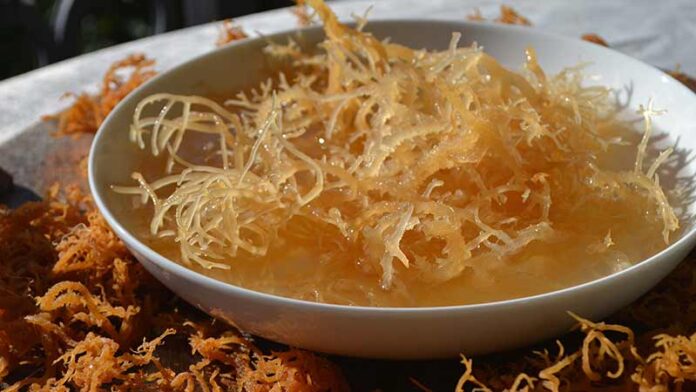 The sea moss is also known as Irish moss. It is not something that you will find in the typical American diet. But, if you are Irish or Jamaican descent, then there is a chance that you have at least heard of it. The sea moss is a type of red algae which grows on the Atlantic coastlines of North America, Europe and the Caribbean Islands. Irish people have been harvesting sea moss since the 1800s, from their rocky shores to use as medicine. Also, they used it to get the nutrients they needed during times of famine.

Also, Jamaicans have used sea moss traditionally to treat illnesses and some people touted it to be the perfect elixir to increase male libido. There are not scientific studies to approve this claim. The sea moss is a whole food that is rich in vitamins, nutrients and antioxidants. The sea moss is tasteless, so you can add it to a variety of dishes. It is especially great plant – based substitute for gelatin or other thickening agents. The traditional Jamaican sea moss drink is a popular option, but you can put it in stews and soups; smoothies; homemade ice cream; cakes; juices and sauces. Here are some health benefits of sea moss:

It is rich in magnesium and potassium, which are known as mood – boosters. Both minerals are playing an important role in the brain function and if we are low on either, we might feel crankier than usual. There are some studies in which are shown that the sea moss can protect the brain tissue from degeneration and Parkinson’s disease. 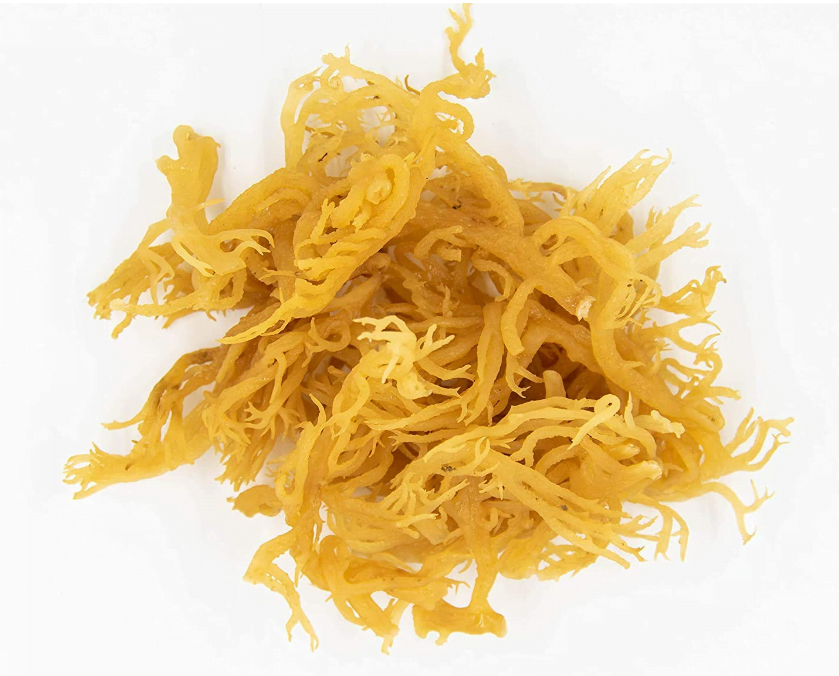 It is rich in vitamins and minerals which is a reason why it can be used as a home remedy for burns, dermatitis, psoriasis and eczema. In some studies are found that the citrulline – arginine, a component in the sea moss, can improve the cell growth and metabolism. Also, this compound releases amino acids which are essential for the protein and collagen synthesis. Collagen is the protein which can help to maintain the silky hair and smooth skin.

You can make sea moss smoothies during the cold and flu season. It has potassium iodide, which is great for dissolving troublesome phlegm in the clogged airways. Also, it is rich in antioxidants, Vitamin C and amino acids, as well as a host of antimicrobial and antiviral properties. All of the mentioned nutrients can help your immune system to fight or ward off infections.

Help to improve the energy levels

You need B vitamins to capitalize the energy stored in food. It has a decent amount of Vitamin B9 (folate) and Vitamin B2 (riboflavin). The folate is needed to form DNA and other genetic materials, while the riboflavin is needed to break down proteins, fats and carbs. The folate pairs up with the Vitamin B12 and it can help to create red blood cells.

Helps with the digestion of food

It is a mucilaginous food. It has snotty texture which makes it a great healing/soothing agent for the mucus membranes in the body, including the digestive and respiratory systems. There are some animal studies in which are shown that the sea moss can have a prebiotic effect during digestion. It can help to increase short – chain fatty acids in the colon, get rid of the bad bacteria in the gut and improve the overall gut health and immunity.

It can give you a relief from the muscle and joint pain. If you are a professional athlete, fitness enthusiast or you perform any kind of heavy lifting at work, then you should add sea moss in your diet because it can help to replace the minerals that you deplete the body of when performing these activities.