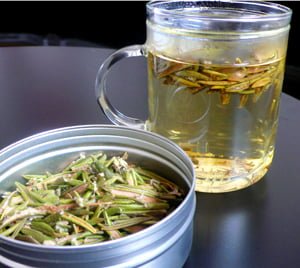 But this type of tea also has some side effects such as diarrhea, inflammation of the gut, vomiting, and even death when it is consumed in large amounts.

It has narcotic properties which is a reason why excessive amounts are dangerous. When you are consuming it in moderate amounts, then it can have many health benefits for your overall health. Talk with your doctor if you have never drunk labrador tea before.

It is a known fact that indigenous people of North America such as the Inuit and other residents of Canada and Northern California have been using this plant to grow well in the mentioned areas. There are narcotic elements in labrador tea as well as the potent active ingredients, this type of tea is not recommended for pregnant women or for women who are breastfeeding because it can have negative effects on infants or fetuses.

Also if you rapidly drink labrador tea, then it can cause severe headaches. If you experience headaches, then you should stop using it immediately, rehydrate your body and then flush your system.

The most common side effect of the usage of labrador tea are vomiting, inflammation of the gut and diarrhea. Also, these symptoms can be accompanied by muscle spasms in the stomach and in extremely serious cases, even death or paralysis. But these symptoms are experienced when an excessive amount of labrador tea is consumed.

There are some studies which are ongoing on the benefits of labrador tea on cancerous cells. But there are some early results in which is said that the unique composition of labrador tea has some anti –carcinogenic and anti–mutagenic effects which are making it a very effective preventative measure when it is consumed in moderate amounts.

It is a known fact that labrador tea has moderate levels of Vitamin C which are able to stimulate the immune system and they can ensure the body that it has enough white blood cells to protect the body. We know that Vitamin C is an antioxidant which can seek out free radicals that cause chronic disease, inflammation, and oxidative stress. 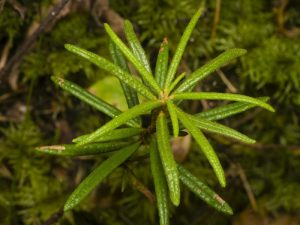 A diluted or weak form of labrador tea is recommended to be drunk. But if you brew a strong pot of labrador tea, then it can be very good for your skin health. It has antioxidant and astringent properties and when you topically apply it (when it cools) to those areas suffering from inflammation, irritation, leprosy, psoriasis or eczema then it is highly effective.

Labrador tea is used as a natural treatment to settle upset stomach and indigestion. But if you consume labrador tea in excess amounts, then it can cause severe stomach upset.

It has active ingredients such as sesquiterpenes and tannins which are also giving this calming effect on labrador tea and it can calm down constipation, bloating, diarrhea, and cramping as well as stomach ulcers.

There are some studies in which are shown that in traditional medicine, labrador tea has been used to treat kidney disorders and detoxify the body because it has mild diuretic properties which can help to flush out the system when it is overloaded with toxins.

Also, this tea can help to slow down the growth of kidney stones and it can reduce the inflammation in the kidney.

Labrador tea is extremely popular as a home remedy for the treatment of respiratory conditions such as flu, colds, congestion, coughs, and bronchitis.

A very common symptom of these types of infections is the sore throat.

Labrador tea has anti – inflammatory properties which can help to neutralize or eliminate this discomfort.