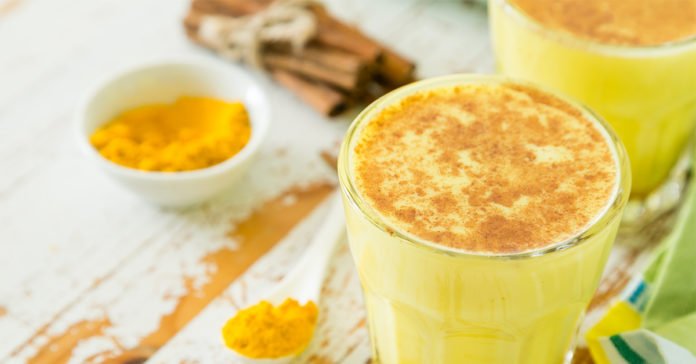 The turmeric tea has many health benefits, such as support mental health; helps fight Alzheimer’s disease; good for the liver; support lung health; helps deal with arthritis; promote good digestion; support cardiovascular health; aids in treatment and prevention of cancer;  boosts immunity. We know that turmeric is a powerful herb which is used in the both Chinese medicine and Indian Ayurveda medicine.

The root is part of the ginger family. It is native to Southeast Asian region. You can use it in powdered form or grated. Also, the turmeric tea is good for the overall health. You can make this tea by boiling 3 – 4 cups of water and then add about 2 teaspoons of turmeric in it. You can use either as powdered form or grated. You should let the mixture to simmer for about ten minutes and you should strain it into a cup. You should let it stay there for 5 minutes to cool down. If you want, you can add honey to sweeten this tea. Adding ginger along with turmeric increases the taste and multiplies the health benefits. 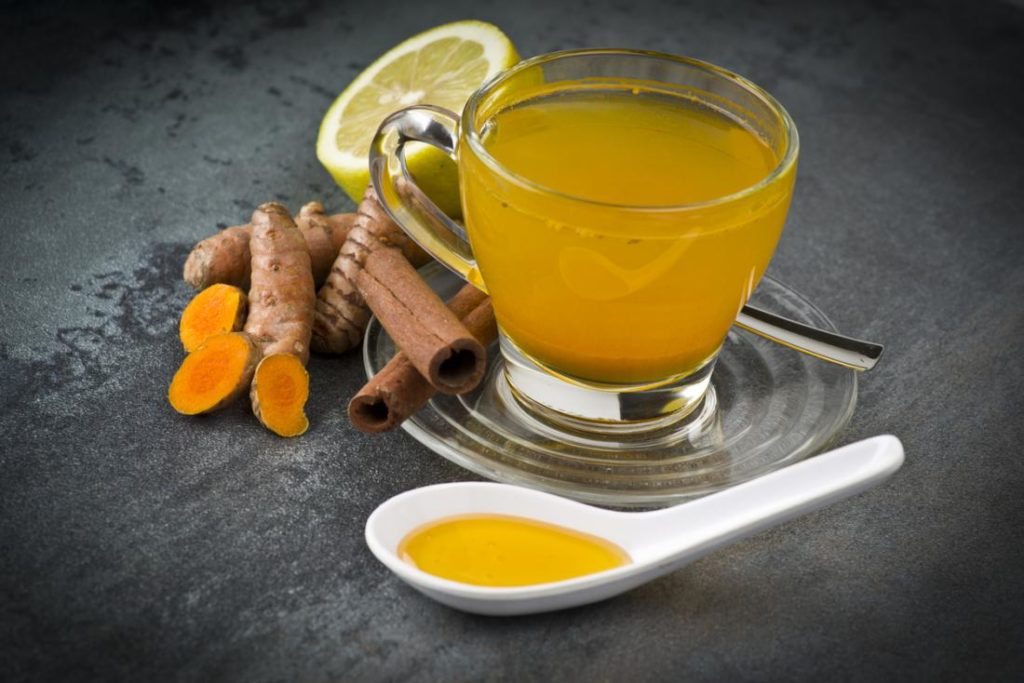 There are some studies in which are shown that the turmeric tea can help in the fight against Alzheimer’s disease due to the curcumin present in turmeric. It can help to prevent the damage to the brain cells which oxidation causes. Also, it has been shown that it can prevent the accumulation of amyloids which can reduce the synaptic marker loss.

We know that the ulcerative colitis is a condition in which the ulcer appears in the lower end of the gastrointestinal tract. This is a condition which can go into remission anytime. There are some studies in which are found that turmeric tea can help to maintain the symptoms caused by remission and even lower the rates of relapse.

Good for your mental health

We know that our mental health is important as the physical health. We know that we cannot be healthy if our mind is not in a good place. It is known that the turmeric tea acts as anti – depressant and it can easily lift your mood.

Good for your liver

The turmeric tea can help you to stay protected against diseases, like gallstones and liver damage and it can help to prevent some other dangerous liver conditions. The turmeric tea has curcumin which can increase the production of bile that is a fluid which can protect the liver from damage and other chemicals associated with it.

Good for your lungs

There are some studies in which are found that certain long – lasting lung diseases are result of inflammation. You can manage their symptoms with the turmeric tea due to its antioxidant and anti – inflammatory properties. There was one study in which was found that the turmeric tea can help in the fight against diseases, like chronic obstructive pulmonary disease.

Good for your digestive health

It is very important to have a healthy gastrointestinal tract because in this way you can make sure that your digestive health is on track. The turmeric tea is good for the digestive system because it protects the gastrointestinal system against indigestion, inefficient fat metabolism, heartburn and obesity. Also, it can help you to deal with irritable bowel syndrome. There are many studies in which are found that turmeric tea can help to manage the pain caused by IBS.

We need our immune system to be healthy and strong because it can protect us from many different infections and viruses that can cause diseases. You can drink turmeric tea because it has curcumin which is good for the health. It has antibacterial, antiviral, anti – inflammatory and antioxidant properties that can boost the immune system so don’t doubt to add it in your diet.