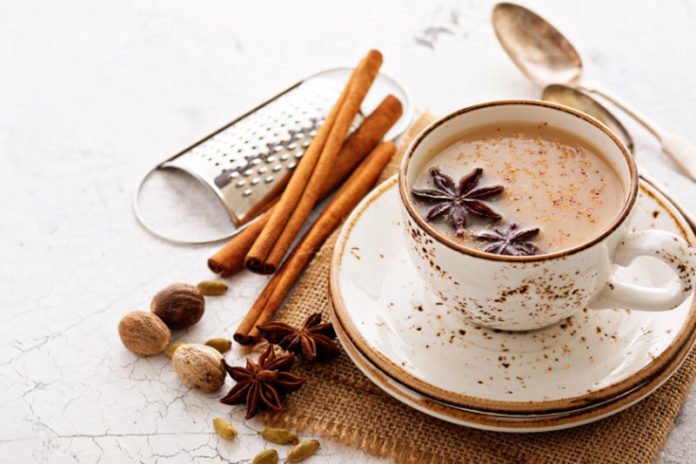 The chai tea is also called masala chai. It has a blend of delicious flavors. It emits a spicy aroma which awakens the senses. This tea has been used for centuries in the Chinese traditional medicine and the Ayurvedic medicine. The chai tea can vary depending on the region in which it is consumed but in general, it has some staple ingredients.

Chai tea is made from oxidized and fermented black tea leaves and combined with spices, including fennel, cinnamon, ground cloves, black pepper, fresh ginger and cardamom. In the chai tea can be used both black and green cardamom pods which depends on the region that it is made. Also, there are some cases when in the chai tea is added star anise, coriander seeds and black peppercorns. The cinnamon and cloves add an earthy tone to chai benefits while the ginger and pepper give this spicy tea a little kick. Often, this tea is sweetened in order to enhance the robustness of spices lending a spicy and sweet flavor with a creamy texture. 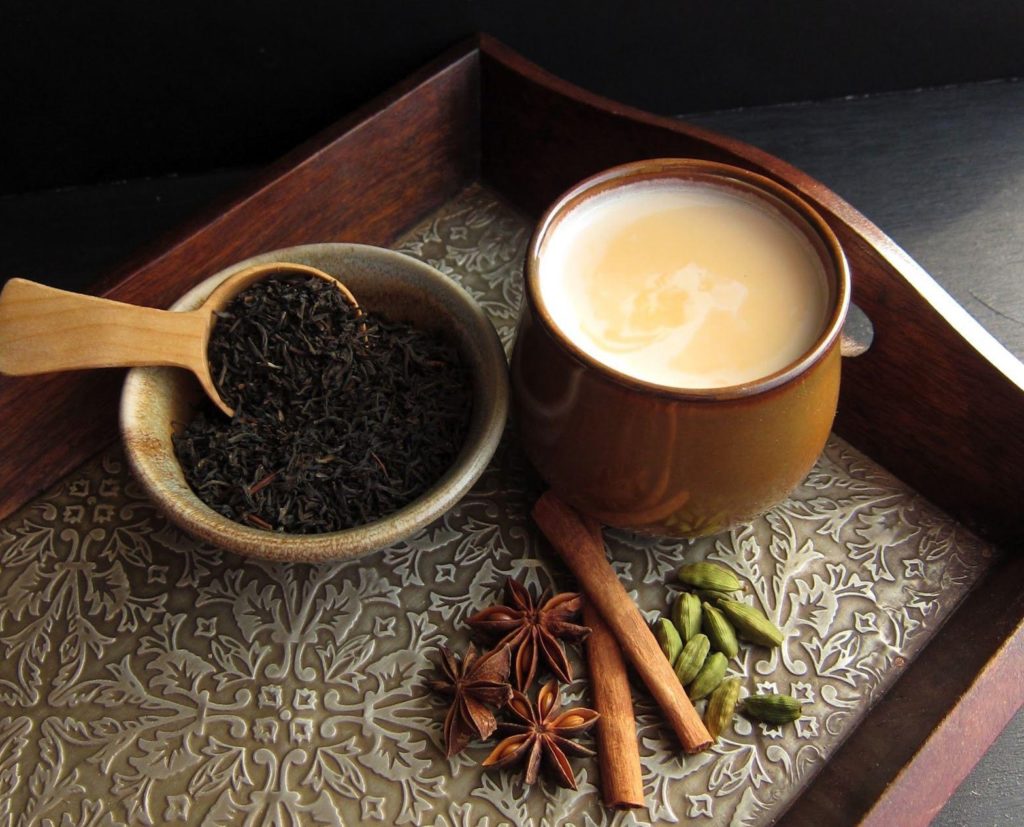 Improves heart health: There are some studies done on animals in which are shown that the cinnamon, which is one of the main ingredients of chai tea, can help to lower the bad cholesterol and blood pressure. Also, the black tea has healthy heart effect by lowering the blood cholesterol levels.

Protect overall cell health and prevent chronic disease: Chai tea is rich in antioxidants, such as polyphenols, which can help to eliminate free radicals. Free radicals are causes for cell damage and they are linked to chronic diseases, such as Parkinson’s disease and Alzheimer’s disease, as well as many types of cancers.

It is known that the chai tea has more polyphenols than most fruits and vegetables which means that when you drink that tea on regular basis, then it will protect the overall cell health. This tea has cinnamon and clove which are ranked among the herbs with highest antioxidant levels. These antioxidant properties can help to protect your body against viruses, bacteria and cell degeneration. Also, antioxidants can slow the aging process.

Alleviates nausea: It is known that ginger has the ability to reduce the nausea and it has been used to treat common ailments, such as nausea or sickness during pregnancy. This tea has about 1 – 1.5 grams of ginger which is the effective amount needed for the treatment of nausea. Shogaol and gingerol are two biological compounds which can help to treat nausea. These components have anti – inflammatory properties which can help to soothe the upset stomach and alleviate the stomach pain that is associated with nausea.

Helps improve digestion: Chai tea is excellent for regulating digestive system and it keeps your gut healthy. Ginger is the spice in the chai tea which is largerly responsible for the digestive health benefit of this tea. This component aids digestion by improving the circulation and delivering the oxygen to organs so they can perform optimally.

Black pepper is another spice in the chai tea which aids digestion and it can help the pancreas to produce digestive enzymes. These enzymes work as catalysts to speed up the digestive processes which break down proteins and fat. When you have a more efficient digestive system, then you can avoid more severe problems, like irritable bowel syndrome, iron deficiency and liver diseases.

Supports the immune system: Chai tea can have black or green cardamom as its component. Both types of cardamom have antimicrobial and antioxidant properties which can help to fight fungus, bacteria and common colds.