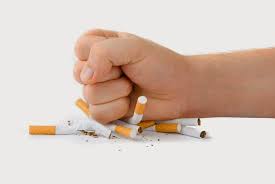 It is known that smoking can cause a lot of health problems and it can shorten the life expectancy. Many people have difficulties with making a decision on quitting smoking. Many people have hard period until they quit smoking at all so others cannot decide to quit due to these problems. If you know what to expect when you quit smoking can be daunting but it can help. Some people can have only a few mild symptoms when they quit smoking but others can have more trouble.

The withdrawal can be challenging but it can help if you look at those symptoms and signs which your body is showing when it is recovering from the damage caused by smoking. There are many people who have found that the withdrawal symptoms disappear completely after 2 to 4 weeks but for some people these symptoms can last longer. A few side effects of quitting smoking can last for longer period.

You can choose a quit date. It is considered as effective because it will allow you to plan ahead and to prepare you for the side effects of quitting smoking. When you have made a quit date, you should avoid overlapping with times you expect to be stressed, such as work deadlines. Also, you should avoid the quit date to be something in which you want to enjoy, such as quitting the day before your friend’s wedding is not a good idea because it can make you to feel like you are not happy for him. You should remember that the side effects of quitting smoking are just temporary and they will wane.

Also, the first days of quitting smoking are hardest but symptoms will improve in the following period. You should try to recall where you were when you have decided to quit. You should remind yourself for your reasons of quitting. Every time you beat a craving, your chances for successful attempt are increased so you should not give up. After three minutes, the intensity of the craving is a drastically reduced so you should find a distraction which can help you to go through the initial stage of craving.

Side effects of quitting smoking 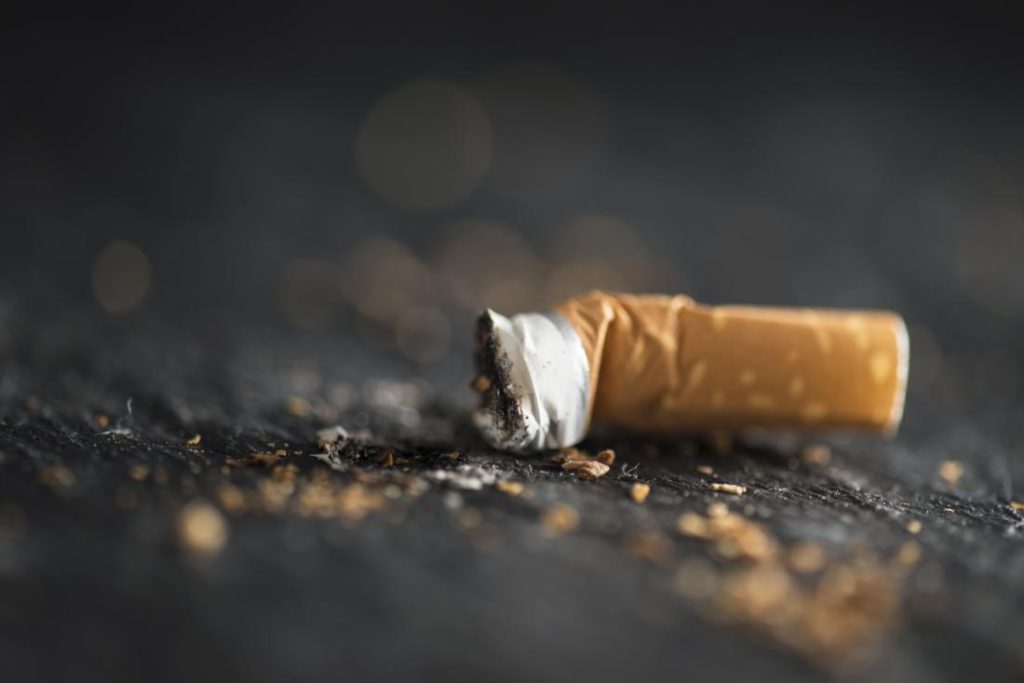 It is known that nicotine is highly addictive substance. If you are addicted of having nicotine in your body, then you have increased chances of experiencing some side effects of quitting smoking.

Constipation: It is know that the digestive tract can be adversely affected if you suddenly stop smoking. It alters the motility and contraction of the intestines and it dramatically slows the speed by which the food is digested. There are some studies in which are said that one in six smokers who quit cigarettes will experience bouts of constipation and usually they last for one to two weeks.

This symptom can be further exacerbated by the “munchies” which people experience when they quit smoking which will increase both the volume of food you eat but the intake of food is increasing your chances of causing constipation. Some of the foods which can increase chances of constipation include ice cream, potato chips, chocolate and white bread. You should drink a lot of water and increase your intake of dietary fiber because it can help to normalize the bowel movements.

Quitting smoking  effects on mood changes: The early symptoms of nicotine withdrawal are stress and irritation. They are triggered by the profound dysregulation of the endocrine and central nervous systems. This can cause extreme changes in your mood, such as sudden and irrational outbursts. Also, it can trigger short – term physiological changes, including heart rate and increased blood pressure. Also, difficulty concentrating and memory problems are common side effects of quitting smoking. The psychological symptoms can further deepen if you are sleep – deprived which is leading to bouts of depression or anxiety and it may need medical treatment.

Irritability: You can have a short fuse from time to time as you deal with your physical symptoms. You should remember that this is normal and it will pass.

Flu – like symptoms: When you are in the process of quitting, you can experience symptoms of the popularly known “quitter’s flu”. This condition is characterized by a mild fever, body aches, coughing, sinusitis and malaise and it is your body’s response to the unfamiliar state. The sudden cessation of smoking can trigger an immune response in the much same way as it would respond to a virus or bacteria which it considers abnormal. In the most cases, this condition will last only for a couple of days. The nicotine replacement therapy along with over – the – counter pain relievers can help to ease your symptoms.

Persistent cough: Many people develop a persistent cough after they quitting smoking . This may seem odd but the coughing at this stage is a sign that your lungs are getting better and not worse. When you smoke, cilia (the tiny finger – like projections in the lining of your airways) will become immobilized and they eventually flatten out. After you quit smoking, cilia will return to its normal shape and function which will push toxic deposits out of the lungs to be coughed up. You can get a relief from these symptoms by staying well hydrated, humidifying the air or using honey or over – the – counter cough drop which can help to ease the throat irritation.

Fatigue: When you Quitting smoking , then you can feel tired because nicotine is a stimulant and perks you up.

Sleep disturbances: Sleep problems are very common side effects of quitting smoking. It can run from insomnia to needing extra sleep during the day. These symptoms are closely linked to the dysregulation of dopamine which is a hormone that is involved in the sleep regulation. There are some studies in which are said that the rapid eye movement can be adversely affected when you quit which will result in a lack of quality sleep and a persistent tiredness during the day. The improved sleep hygiene can help you to sleep better.

Snacking and weight gain: When you quit smoking, then you feel urge to replace the cigarette with food. When you smoke, the intake of nicotine triggers the release of glucose from your muscles and liver while altering your insulin response. When you stop smoking, you will experience a drop in the blood sugar and you will feel the need to consume sweets, carbs and other foods to satiate the sudden and unexpected hunger. There are some studies in which are said that people who quit cigarettes will gain an average of ten pounds after one year and the most chances of gaining weight are in the first three months.

Mental fog: You will have a hard time to concentrate as the nicotine wears off and leaves your body.

Quitting smoking effect Nicotine cravings: Smoking urges are commonly known as nicotine cravings. It is one of the most challenging and persistent symptoms of nicotine withdrawal. The craving which you feel is caused by nicotinic receptors in the brain. When your body suddenly is deprived of nicotine, then the brain will no longer release the “feel – good” hormone called dopamine which the body is accustomed to.

It is known that craving is a physiological response in which the body is yearning for something to which it has adapted and become tolerant. Typically, nicotine cravings last for 5 – 10 minutes. They can be extremely uncomfortable but you should try to wait them out and remain yourself that the feeling will pass. Usually, taking a brisk walk or chewing nicotine gum can help you.

Headaches and dizziness: These symptoms are usually mild. Usually, the appear when you firstly quit smoking.