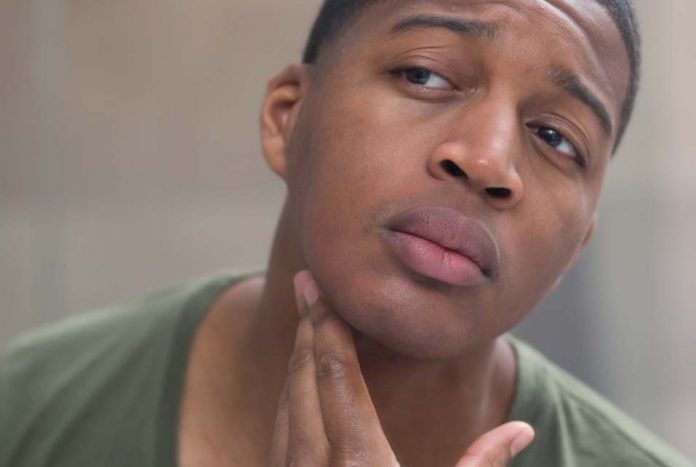 The medical term for razor bumps is pseudofolliculitis barbae [1]. This condition is marked by the presence of small bumps or lesions on the skin which are developing after you have shaved your skin. There are tiny particles of hair which curl back inside and they start growing into the skin. They are known as ingrown nails and they leave a scar on the affected area. Razor bumps are small and irritated bumps on the skin. The razor bumps are causing irritation and development of pimples. Also they can cause scarring [2]. One of the best ways to rid of the razor bumps is to start shaving but this is not always possible. If you start shaving again, then these bumps recur. In the most cases razor bumps are cured by home remedies but if you have severe scarring then you need to take antibiotic cream. Also you can use alternative methods for removing your hair instead of using razor. You can prevent the razor bumps by letting your beard grow or not shaving. Also you can try not to use razor for three to four weeks until your razor bumps have completely cured. If you cannot stop shaving, then you should use a clean needle to release the hair shaft when you have noticed that bump is forming. Usually, this is stopping the razor bump from growing. When you start shaving again, then the razor bump usually is returning. If you have severe razor bumps, then you may need a special skin care cream, such as tretinoin, antibiotic or hydrocortisone cream. There are some people who prefer to remove the hair follicles permanently by using laser treatment but this treatment can cause discoloration and even scarring. You should moisten your skin with water and mild soap first. This will soften your hair and it will open the pores. [2]

Symptoms: After shaving, the redness of skin is seen on the neck and face. Also redness of the skin can be present in other areas of the body, such as legs and arms if you regularly shave them. These kinds of bumps are nothing but tiny lesions resembling a scar on the place which in which the hair is removed abruptly. There can be scarring on the affected skin area. There are some cases when there can be inflammation and swelling apart from the presence of the red scar. The swelling and scarring of the skin is the result of body’s defense mechanism to protect the affected skin. Those people who have curly hair are having more chances to get razor bumps scar compared to other people. Also African Americans are having high risk of razor bumps when it is compared to people who live in other regions. Also people who have tightly coiled hair are having increased chances of developing razor bumps. Razor bumps are more common in men than women because men tend to shave daily. Men are having most chances to get razor bumps on their facial and neck areas because they shave frequently [3]. Women are most likely to experience razor bumps in the bikini area and underarms [4]. In many cases, razor bumps are leading to ingrown hair. If the razor bumps are not treated properly, then in some cases they can lead to infection. Those people who have particularly sensitive skin can have it further irritated by creams or lotions which are meant to soothe after the onset of razor bumps. Also the frequent razor bumps can lead to acne by clogging the pores. If the razor bumps are allowed to become infected or if the razor bumps are not treated promptly, then this can lead to scarring of the skin. [2] 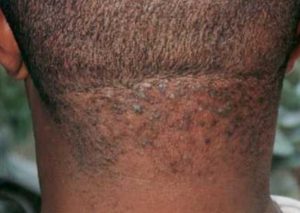