This type of tree has many health benefits which can offer to us. It can help to improve the complexion and also it will give you a relief from the pain. This is primarily a rainforest tree. It has luscious foliage and beautiful orange – yellow flowers. Its flower brunches are fragrant, heavy and bright. Ashoka tree is found in the Indian subcontinent, particularly close to the foothills of the Himalayas and also it is found in the Western Ghats. This tree is considered sacred throughout Sri Lanka, India and Nepal. Ashoka tree has strong association with Hindus and Buddhists because they include this tree in their cultural traditions. The Ashoka tree finds prominence in the Hindu sculpture, art, mythology and even Ramayana and it is said that Buddha was born under an Ashoka tree. If you are pregnant, then you should not use the Ashoka tree because it is abortive in nature. Also those people who are sensitive to certain types of food should talk with their doctors before they start consuming Ashoka tree. Here are some health benefits of Ashoka tree: 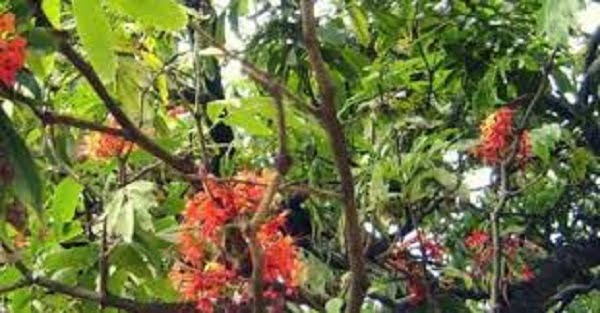 One of the best home remedies for controlling kidney stones is the Ashoka tree seed powder. You should have this powder with water because it can help to decrease your risk of painful stone extraction.

This tree can help you in the treatment of diarrhea and it will not cause you side effects. You should use Ashoka bark, flowers and leaves as a tonic and you will notice a relief. Also this can purify your blood in the process.

The Ashoka tree can help in the treatment of worm infections. You can clear your stomach of worm infestations by consuming bark or leaves of Ashoka tree. This will give you a relief from the pain but also it will reduce the bloating.

The Ashoka tree can ward away from bacterial and fungal infections. For this purpose, you can use the bark of this tree. The tree bark has properties which can purify the body and eliminate infections.

You can use the Ashoka tree extract to treat the internal piles and bleeding which are caused by piles. The herbal supplement which is made from the bark is made into decoctions and it is consumed.

The flowers of Ashoka tree can be used as a natural treatment for diabetes. You should consume decoctions or tonics on regular basis to get the benefits from this tree.

Boil the bark of Ashoka tree to make a thick decoction. Add mustard oil in the bark and mix it. You should let it to get cool. This is a very beneficial home remedy for acne and boils.

It is known that the regular consumption of Ashoka tree can help to improve the intellect. You should mix equal amounts of brahmi powder and Ashoka’s bark and consume one teaspoon of this home remedy two times per day with a cup of milk.

This tree has relieving properties and it can be used as an analgesic because it is safe. You should use the paste of the bark for joint pains and you will see relief.

It is known that the Ashoka tree can naturally improve the complexion of the skin. This home remedy can help in the blood purification and it can prevent further skin allergies. It can remove toxins so it serves to clear the complexion. You can use extract of Ashoka tree to soothe burns and skin irritations.

This tree is very popular as a home remedy for gynecological problems and menstrual problems. It is acting as a tonic for the uterine muscles and endometrium which can help to control the abdominal pain and spasms. This home remedy can be take to treat the symptoms of cysts, fibroids, leucorrhea, amenorrhea, dysmenorrhea and other related disorders.