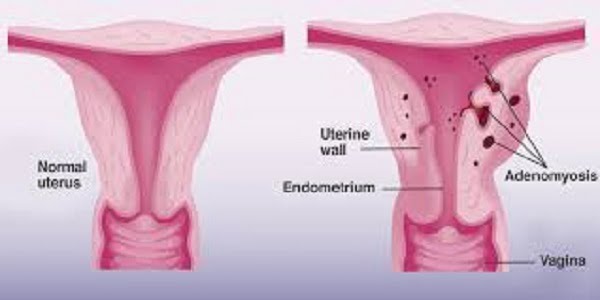 The adenomyosis is happening when the tissue which normally lines in the uterus (also known as endometrial tissue) grows into the muscular wall of the uterus. The displaced tissue is continuing to act normally (this means thickening, breaking down and bleeding) during each menstrual cycle. The enlarged uterus and painful, heavy periods can be results of this. The cause for the adenomyosis is not known, but this disease usually is resolving after menopause. For those women who have severe discomfort caused by it, hormonal treatments can help. The removal of uterus (also known as hysterectomy) can cure adenomyosis [1]. 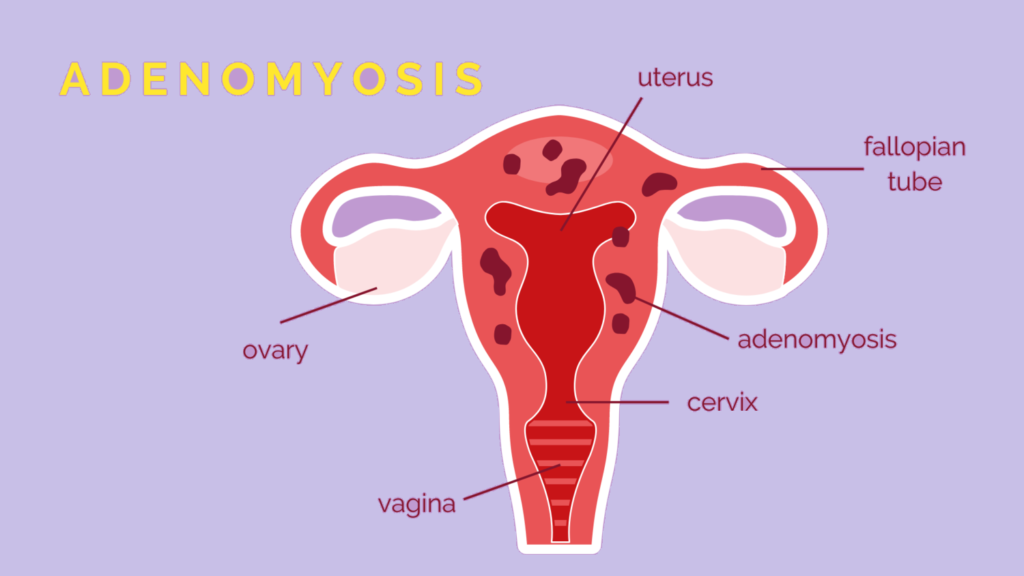 There are some cases when adenomyosis is not causing signs or symptoms or it can cause only mild discomfort. But, the adenomyosis can cause [2]:

It is known that the uterus might get bigger. You might not know if your uterus is enlarged, but you can notice that your lower abdomen feels tender or it causes pelvic pressure. It is very important to make an appointment with your doctor if you have prolonged, heavy bleeding or severe cramping during your periods which is interfering with your regular activities.

Your doctor may suspect adenomyosis based on magnetic resonance imaging of the uterus, ultrasound imaging of the uterus, a pelvic exam that reveals an enlarged, tender uterus and most important, depending on your symptoms. There are some cases when your doctor can collect a sample of uterine tissue for testing to verify that the abnormal uterine bleeding is not associated with another serious condition. But the endometrial biopsy will not help your doctor to confirm if you really suffer from adenomyosis.

No matter how adenomyosis develops, its growth depends on the circulating estrogen in the women’s bodies.

Here are some factors which can increase your risk of getting adenomyosis:

The most cases of adenomyosis, which depends on the estrogen, are found in women who are in their 40s and 50s. The adenomyosis in these women can relate to longer exposure to estrogen compared with that of younger women. But, in the last studies was said that this condition might be common in younger women. [5]

If you often have prolonged and heavy bleeding during your periods, then you can develop chronic anemia which is causing fatigue and other health problems. It is not harmful, but the pain and excessive bleeding are associated with it can disrupt your life. You may avoid activities in which you have enjoyed in your past because you are in pain or you worry that you might start bleeding.