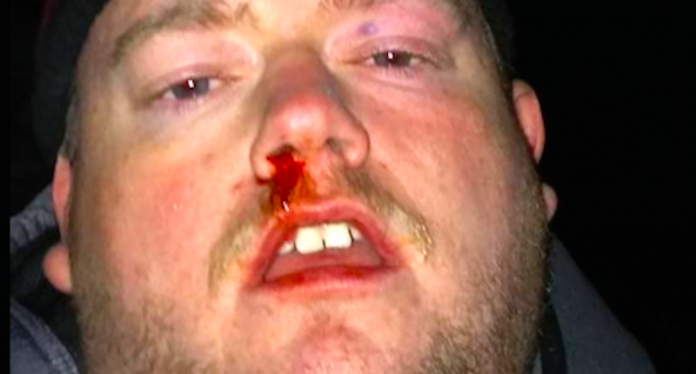 When people are located in dry and cold climates, then they are affected by this condition. It can occur at any age bust common are affected children between 2 and 10 years and adults from 50 to 80 years.

The most common cause for bloody nose is when people are having a trauma which is triggering their nose. [3] When you have a trauma inside of your nose such as repeated irritation from cold or nose picking or you have a trauma to the outside of your nose such as blow to your face, then these factors can lead to bloody nose. Also there are some underlying disease processes such as inability of the blood to clot which are leading to bloody nose. Aspirin and warfarin are the most common causes for inability of the blood to clot [4]. Also when people are suffering from liver disease, then their disease can interfere with this condition. [5] There are also some rare causes for this condition such as cancers in the nose and abnormal blood vessels. Also the high blood pressure can be a reason for this condition, but in many cases these condition is contributed with other reasons. [6] Other causes for this condition are foreign bodies, blunt trauma and inflammatory reaction. 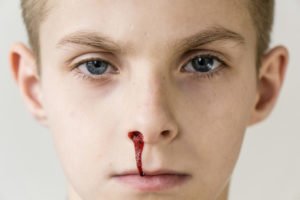 Nosebleed symptoms: When you have bloody nose, then the bleeding from it is usually starting only from one nostril. When the bleeding is heavy enough, then it is filling the nostril in the affected area and overflow in the area which is located inside of the nose where the two nostrils are merged (area which is known as nasopharynx) and then it is spilling in the other side of the nose which is leading to bleeding from both sides of the nose. When the blood is dripping back in the throat or it is down in the stomach, then this is causing a person to spit or also this person can have vomiting. Fainting, dizziness, confusion and light – headedness are the most common signs for excessive blood loss. This is a rare condition, but also the chances of getting it are not excluded. The inability of the blood to clot are caused by additional bleeding from the other parts of our body such as bleeding when there is a bowel movement, blood in your urine, blood when you are washing your teeth and when you have bleeding gums. When you have additional bleeding or you have easy bruising, then these conditions are signs that you have serious health problem. If you are having bleeding from your nose constantly, then you should visit your doctor. Also you should visit your doctor if you bruise easily, have additional bleeding from other parts of the nose, underlying disease such as liver disease, recently had chemotherapy, you are using Coumadin etc. [5] Your doctor will make you all tests which are needed to prove your bloody nose condition.

These are some conditions of Bloody nose.

[3] Johns Hopkins University Press. When a nosebleed is more than a nosebleed: Understanding HHT with Sara Palmer. 2017. Retrieved from www.press.jhu.edu/

[4] Metcalfe W, Costello R. Question from practice: When to worry about nosebleeds. The Pharmaceutical Journal. 2013.

[6] Acar B, Yavuz B, Yildiz E, et al. A possible cause of epistaxis: increased masked hypertension prevalence in patients with epistaxis. Brazilian Journal of Otorhinolaryngology. 2017;83(1).