Gonorrhea is also known as clap. This is one of the most common STD (sexually transmitted disease) and it is affecting more than 90 million individuals every single year. This disease can happen in both men and women and it should not be confused with Chlamydia which is similar but distinct bacteria STD. Gonorrhea is caused by a bacterium called Neisseria gonorrhoeae. This is a bacterium which does not go away on its own and requires immediate treatment. In most cases, this pathogen is affecting the urethra, rectum and throat and is causing painful swelling, burning and foul discharge. After gonorrhea is diagnosed, then a course of antibiotics is usually prescribed. There are many symptoms which can be felt in both men and women. Symptoms which are happening in men are: frequent urination and sore throat; unusual discharge from penis, usually green, yellow or white in color; urine tinged with blood and urination accompanied by pain or burning. Symptoms which are happening in women are: inflamed cervix; fever; severe abdominal pain; painful intercourse; vaginal itching; sore throat; increased urination; urination accompanied by burning or pain and unusual vaginal discharge, sometimes accompanied by yeast – like smell [1]. The symptoms of gonorrhea begin to appear two to ten days after you have been infected. In males, sometimes symptoms can be delayed up to 30 days. Talk with your doctor if you suffer from gonorrhea because he or she will tell you which the best natural treatment for you is. We do not guarantee you that they will help you for sure.

Parsley and celery: It is recommended to consume parsley and celery if you suffer from gonorrhea. These vegetables are rich in flavonoids which are chemical substances. Flavonoids have anti – bacterial properties and they can help in the natural treatment of gonorrhea. Celery is rich in polysaccharides and antioxidants which can support the health and they can reduce some signs of gonorrhea such as inflammation. There was one study in which was said that there are some antimicrobial components in the seeds of celery [2]. Both vegetables are healthy foods and you should add them in your daily diet at once you start feeling the gonorrheal infection.

Vitamin C: This is one of the most effective vitamins which can help you to improve your immune system and when it comes to gonorrhea in both males and females, then anything which can improve the immune system is a good thing. There are many foods which are rich in Vitamin C which you should consume in your daily diet because this vitamin works as an antioxidant and it can help to reduce the inflammation and discomfort that are caused by this condition. 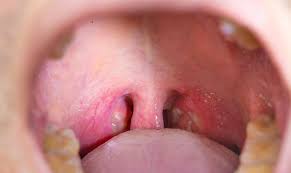 Zinc: We know that the zinc is one of the most effective ways which can help you to boost the immune system and it can maintain a healthy body. There was one study in which was said that it can help to increase the number of white blood cells and antibodies that are dealing with the gonorrhea’s bacterial infection [3]. There are many foods which have zinc as their component such as sesame seeds, dark chocolate and oysters.

Echinacea: We know that Echinacea has many health benefits for our bodies. This natural cure can be used to treat respiratory infections, flu, spring allergies, cough and colds [4]. Echinacea is also very effective against fungi and viruses because it has strong antibiotic properties. This natural cure can kill bacteria and it can rid of different infections. Also it can stimulate your immune system to assist in killing the bacteria that is cause for gonorrhea.

Sida Cordifolia: This is an Indian weed. When a paste made of this natural cure is applied on your infected area, then it can help to reduce the inflammation and redness of the affected parts. Also there are other herbs such as ash and Sarsaparilla which have been used with years as a home remedy for gonorrhea.

Guyabano fruit: This is one of the most effective home remedies which you can use if you suffer from gonorrhea. You should extract the juice of it and drink it at your ease. Extracts and metabolites of this fruit have many useful properties such as anti – bacterial, anti – ulcer, anti – inflammatory and anthelmintic. Also there are some studies in which are said that this natural cure is very beneficial for scavenging free radicals [5]. Also it has Vitamin B and Vitamin B1 which can reduce the symptoms of gonorrhea.

Olive leaf extract: This natural cure has a powerful property called oleuropein which is a powerful antimicrobial substance and it can destroy the bacterium that is cause for gonorrhea. This natural cure surrounds the infection and it will eventually die. Also it is very effective for increasing the strength of immune system [6]. We need a strong immune system for destroying any type of bacteria.

Algae: There was one study in which was said that algae have compounds that posses anti – microbial power [7]. These components are known as carotenoids. They are fat – soluble pigments which are frequently found in algae. They can help successfully to treat gonorrheal infections. When you are using carotenoids, then they can improve your overall status of your health against different acute and chronic diseases. This is possible because carotenoids have antioxidant properties and they can protect your immune system from oxidation and irregular cell growth. One of the contributing factors in progression of many different diseases, including gonorrhea is oxidative stress. The antioxidant components in this home remedy can actively stop them.

Garlic: This home remedy has antibacterial properties which can help you to treat gonorrhea. It has a component known as allicin which can fight against the gonorrhea and it can restore a healthy state in your body. There are many natural supplements which you can find in markets but you should use the garlic directly. You should start by including more garlic in your cooking or you can start using raw garlic pods. If you do not want to consume it by mouth, then you should make a paste by crushing a few cloves and you should use it is a lotion to treat all the infected area. [8]

Oregano oil: The oregano oil has antiviral, antiseptic, anti – parasitic and anti – fungal properties. It can help to kill the bacteria. Also it can help to destroy the “super bug” bacteria. This natural cure can help to build up the immune system and it can help to prevent the further infections in the future. If you want to have the best results, then you should mix it with collioidal silver and olive leaf extract. When these ingredients are mixed together, then they work in synergy and they will stimulate the effectiveness of each other. This mixture is the strongest pathogen, bacterial and viral killer which you will ever use. If you want to consume oregano oil, then you should take three to four drops of oregano oil and add them to 6 oz. of water. Then, drink this home remedy. You should follow this natural treatment two times per day in a period of 12 – 14 weeks.

Rosemary: There are many studies in which are said that rosemary can be used as an effective home remedy for gonorrhea. You should mix one tablespoon of dried rosemary to one cup of clean water. You should drink it and repeat it two times per day. Also you can add fresh rosemary to your diet because this will help you to get more benefits of rosemary.

Yogurt: Yogurt can improve your digestive system [9]. Also it has good effects on your overall health and diseases like gonorrhea. This natural cure is rich in potassium, iodine, protein, calcium and probiotics which can enhance your immune function. You can consume it on daily basis or you can dip a tampon in one tablespoon of cool yogurt and place it on the affected area. It has cooling properties which can help your pain to gradually alleviate.