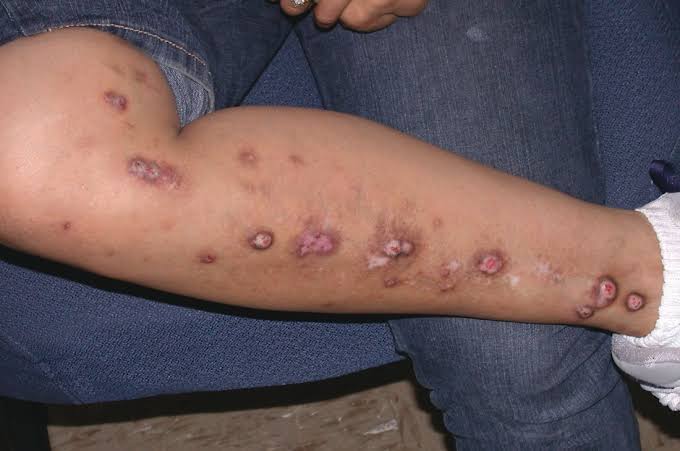 The formation of hard and very itchy lumps on the skin is the main symptom of prurigo nodularis. These nodules can range in the size from very small to about half an inch in diameter. These nodules have rough and dry top and they can range in number from a few to hundreds. These nodules are most commonly forming on the legs, shoulders and outer arms. Also, these nodules can form on the trunk and neck and in rare cases they can form on the palms and face. These nodules can be darker or lighter than the surrounding skin. Also, scarring can happen after nodules begin to heal. The symptoms of the prurigo nodularis can happen at any age but they are most common in adults between 20 and 60 years. Those people who have prurigo nodularis can become very concerned about the appearance of their nodules and the intensely itchy skin can interfere with the sleep or with daily activities. This can be a reason why some people develop depression and stress. You need to talk with your doctor if your skin is intensely itching to get the proper diagnosis and treatment. 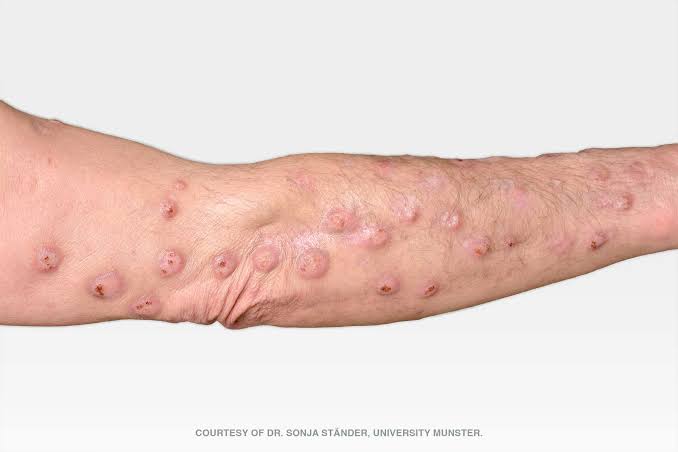 It is not known the exact cause for prurigo nodularis. It is thought that nodules can happen on the skin which has been irritated or scratched in some way. This means that when a person is scratching his skin, then nodules can happen. But the cause for the skin to become intensely itchy is not known. There are many people who suffer from prurigo nodularis who have a history of eczema (also called atopic dermatitis), other skin conditions or allergies. When people diagnosed with prurigo nodularis have a skin biopsy, then it can be seen that their nerves in the skin are thickened. There are some studies in which are said that these thickened nerves can send stronger signals to the brain that the skin is itchy. This is causing the person to scratch his skin which is causing more nodules to form and his nerves become even more thickened. This cycle is known as the itch-scratch cycle and it is thought that it is causing an increase in the number of nodules that are associated with prurigo nodularis. But it is not known why the skin becomes itchy and the cause can vary from one person to another.