Jock itch which is also known as tinea cruris is a fungal infection which is affecting the skin of your genitals, the buttocks and the inner thighs. Jock itch is causing a red, itchy and often ring – shaped rash in these warm and moist areas of the body. This type of infection has this name because it is very common in people who sweat a lot in which are also included athletes. Also people who are overweight are having increased chances of getting jock itch. This is bothersome and uncomfortable condition but in the most cases it is not serious. You should keep your groin area clean and dry and you should apply antifungal medications. In the most cases they are enough to treat this condition. Jock itch is a form of ringworm but this name does not refer to worm because it is not worm at all. This is a fungal infection of the outer layers of the skin, nails or hair. We know that fungi are present everywhere in the environment we live. The ringworm of the skin is often appearing as a rash with patches that may be peeling or red or they may have bumps on the edges which will look like blisters. Your skin is often itchy and the rash can spread very quickly. You can have both athlete’s foot and jock itch at the same time. This is annoying but not serious condition. If you had jock itch in your past, then you can easily recognize the symptoms of it.

This type of fungal infection usually begins with a reddened area of your skin which is spreading out from the crease in the groin in a half – moon shape onto the upper thigh. The border of this rash may consist of a line of small and raised blisters. The rash often burns or itches and the skin may be scaly or flaky. If you have a rash on your skin that does not improve within 2 weeks or if you treat this condition with over – the – counter medications and it returns within a few weeks, then you must see your doctor. Also you may need prescription medication from your doctor. Your doctor can tell you if you have jock itch after you have told him your symptoms and the past health by looking your rash. Also your doctor can scrape a little of the rash on a glass slide so your doctor can look it under the microscope. Here are the most common symptoms of jock itch: 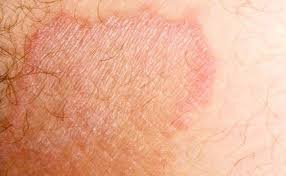 Causes of jock itch: This condition is caused by a type of fungus that can be spread when we share the use of contaminated clothing or towels or it can be spread from person to person. The same fungus which is causing Athlete’s foot is often the reason for jock itch. It is very common for this infection to spread from your feet to your groin because this type of fungus can travel on a towel or on your hands. We know that fungi commonly grown on or in the top layer of your skin. Fungi can cause the infection but also they may not cause this infection. As this name says, the jock itch is mostly affecting male athletes but every single person can get it. When you use public showers and locker rooms, then you have increased chances of getting jock itch. Fungi grow best in the steamy rooms among wet floors, sweaty workout clothes and damp towels. This is a reason why we should not be surprised when the athlete’s foot and jock itch are often happening at the same time because both are caused by fungi. There are many antifungal creams and powders which you can buy without prescription and in the most cases they can help you to rid of this condition. But if your jock itch is severe or it come again, then you must talk with your doctor.

Risk factors: The organisms that cause jock itch thrive in close and damp environments. You have increased risk of getting jock itch if you: