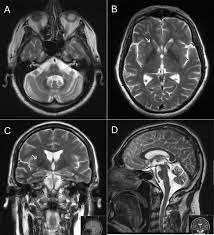 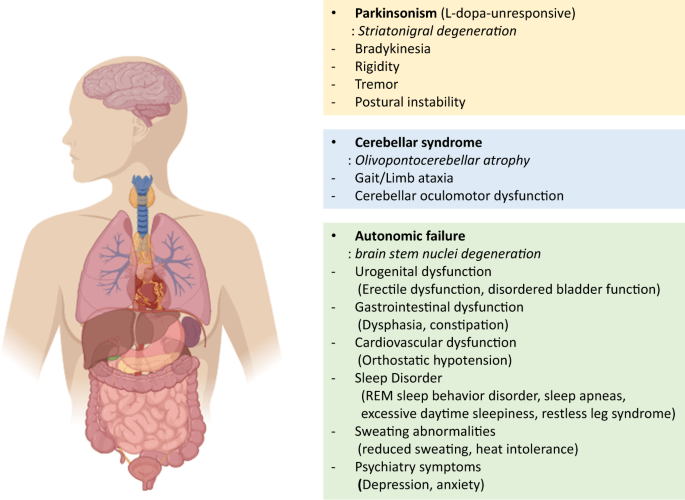 Parkinsonian type is the most common type of multiple system atrophy and the signs and symptoms are similar to those of Parkinson’s disease [2], such as

The main signs and symptoms of this type are problems with muscle coordination (known as ataxia), but there can be others, such as

In addition to the previously mentioned signs and symptoms, the primary sign of MSA is:

Also, you can develop dangerously high blood pressure levels while you are lying down. Multiple system atrophy can cause other difficulties with autonomic (involuntary) body functions, such as

Some of the possible complications of multiple system atrophy include: