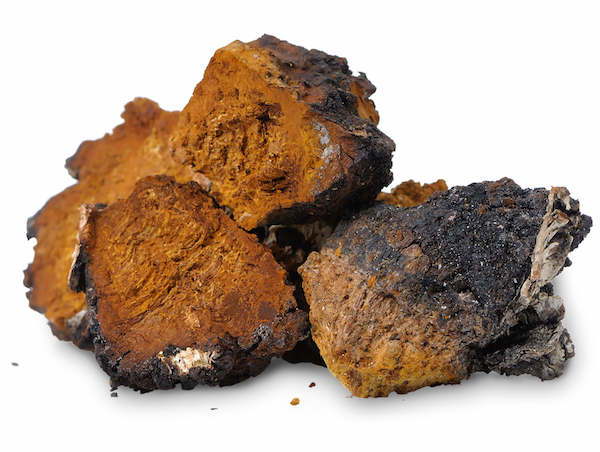 The Chaga mushroom grows wild in places like Alaska, Northern Canada, Siberia, and some northern areas of the continental United States. It is a type of fungus that mainly grows on the outside of birch trees in very cold climates. Also, they can be found in hornbeam trees, chestnut, alder, and beech. The Chaga mushroom identification is not too difficult since they have such a distinct appearance. The Chaga mushroom tends to be lumpy with an exterior that looks similar to burnt charcoal with a softer, squishy yellow-orange core. The name Chaga mushroom comes from a Russian word for mushrooms. 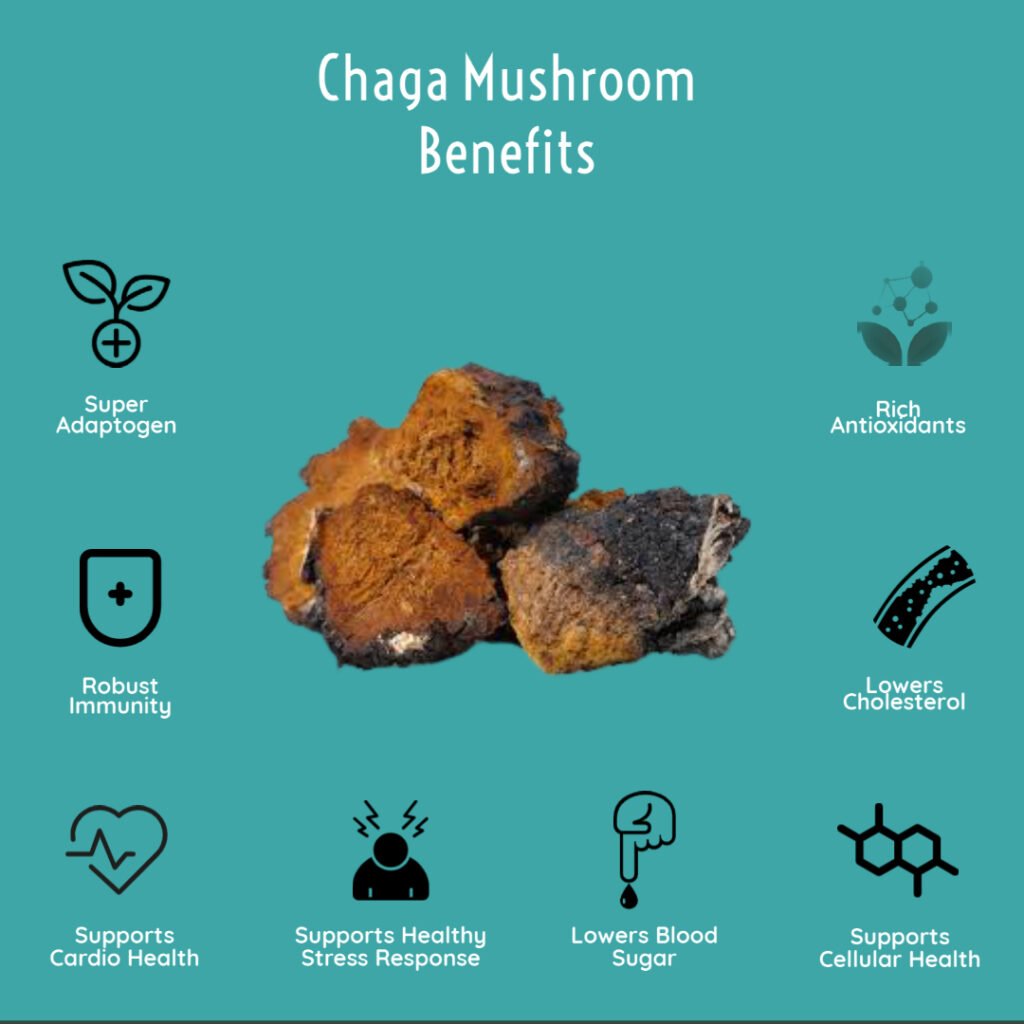 In some animal studies, the Chaga mushroom has significantly improved physical endurance. In one study published in 2015 was found that mice were given Chaga mushroom polysaccharides, the mice were able to swim longer, the lactic acid levels in the bloodstream decreased the glycogen content of both muscles and liver increased. When you put all of the mentioned things together, you get a recipe for less fatigue and better endurance.

A healthy immune system is a cornerstone for a healthy body. The Chaga mushroom is well–known for its benefits to support healthy immune function. The Chaga mushroom has compounds called polysaccharides which can give this health benefit. These are long chains of carbohydrate molecules that can help to support the body’s conversion of food into energy for a caffeine-free energy booster.

The Chaga mushrooms have one of the highest ORAC scores of any food. It is 31 times higher than blueberries. ORAC is oxygen radical absorbent capacity and it measures the antioxidant activity of a food. The higher the score is, the better is the food’s ability to support the body against the harmful effects of free radicals and oxidative stress.

The Chaga mushroom is part of the category of plants called adaptogens. They have unique properties which can help to support the body’s ability to cope with the effects of physical and emotional stress. When it is taken consistently over a period of weeks or months, then it can help to support healthy responses and promote feelings of calm and balance.