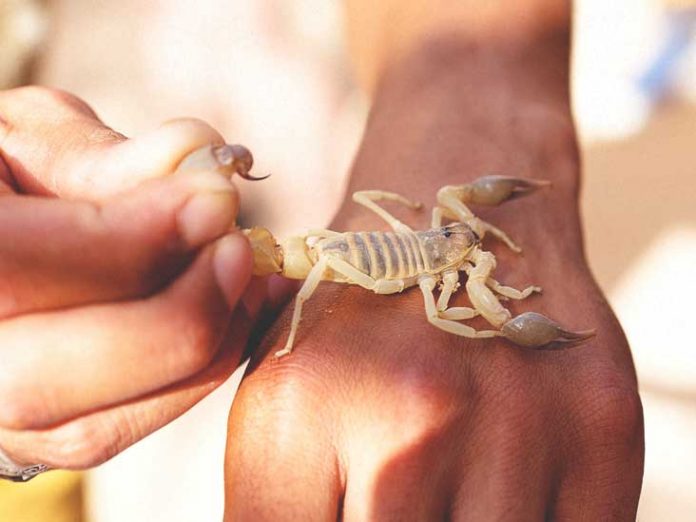 The scorpion bite or scorpion sting is painful but there are rare cases when it is life – threatening condition. Young children and in some cases very old people are having the risk of serious complications. In the United States of America, the only scorpion species with venom potent enough to cause severe symptoms is the bark scorpion. The bark scorpion is found mainly in the desert Southwest. Worldwide, there are estimated 1.500 species of scorpions and only about 30 of them are producing venom toxic enough to be fatal [1]. There are millions of scorpion stings which are happening each year and they are often in areas that have a lack of access to medical care and this is a reason why deaths caused by scorpion stings are significant public health problem in parts of India, the Middle East, North Africa, South America and Mexico. Usually, healthy adults do not need treatment for scorpion stings. But if your child is stung, then the same amount of venom can have more – serious consequences so this is a reason why you should seek immediate medical care for scorpion bite. [2]

The signs and symptoms which are related to widespread (systemic) venom effects are usually happening in children who are stung and they are including:

You should know that is the same case for scorpion bites, as with other stinging insects, such as wasps and bees, for people who have previously been stung by scorpions, to have allergic reactions with subsequent stings. You should know that these subsequent stings are severe enough to cause anaphylaxis, which is a life – threatening condition [3]. The signs and symptoms in this case are similar to the signs and symptoms of anaphylaxis which are caused by bee stings and they include vomiting, nausea, trouble breathing and hives. 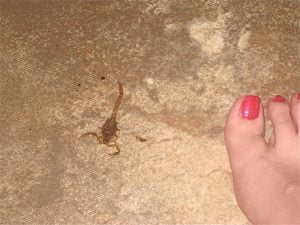 Risk factors: Here are some factors which can increase your risk of scorpion sting:

[6] Hedgecock-Rowe A, Fletcher P. Astudy of the venom of Centruroides exilicauda or Centruroides sculpturatus and the desert mouse, Onychomys sp. Journal of Venomous Animals and Toxins. 2001;7(2).