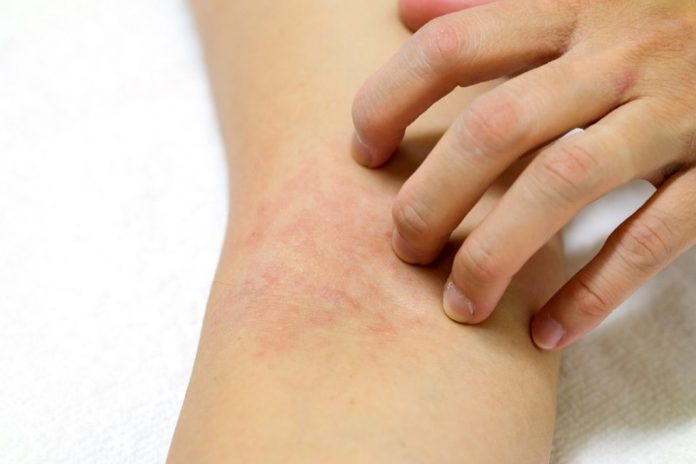 The skin cancer develops primarily on the areas which are exposed to sun, such as arms and hands, chest, neck, ears, lips, face, scalp and on the legs in women. But also the skin cancer can develop on the areas that rarely see the light of the day, such as your genital area, beneath your fingernails or toenails and your palms. The skin cancer is affecting people of all skin tones in which are also included people have darker complexion. When the melanoma is happening in people who have dark skin tones, then it is more likely to happen in those areas which are not normally exposed to the sun, such as the soles of the feet and the palms of the hands. [2]

Squamous cell carcinoma signs and symptoms: In the most cases, the squamous cell carcinoma is happening on sun – exposed areas of the body, such as hands, ears and face. Those people who have darker skin are having increased chances of developing this type of skin cancer on areas which are not often exposed to the sun. [2] This type of cancer may appear as:

Signs and symptoms of melanoma: This type of skin cancer can develop anywhere on the body, in otherwise normal skin or in an existing mole which becomes cancerous. This type of cancer in both men and women is happening on the skin which has not been exposed to sun. In women, the melanoma is mostly developing on the lower legs. [3] This cancer can affect people on any skin tones. Those people who have darker skin tones, melanoma tends to happen on the soles or palms or under the toenails or fingernails. Here are some signs of melanoma: 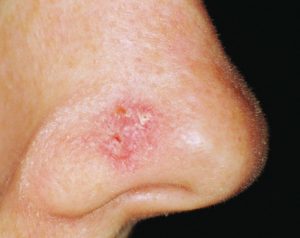 When errors (mutations) happen in the DNA of skin cells, then skin cancer happens. These mutations cause cells to grow out of the control and they form a mass of cancer cells. This cancer begins in the skin’s top layer which is called epidermis. Epidermis is a thin layer which is providing a protective cover of the skin cells which your body continually sheds. This layer has 3 main types of cells:

Where your skin cancer begins it is determining its type and the treatment options.