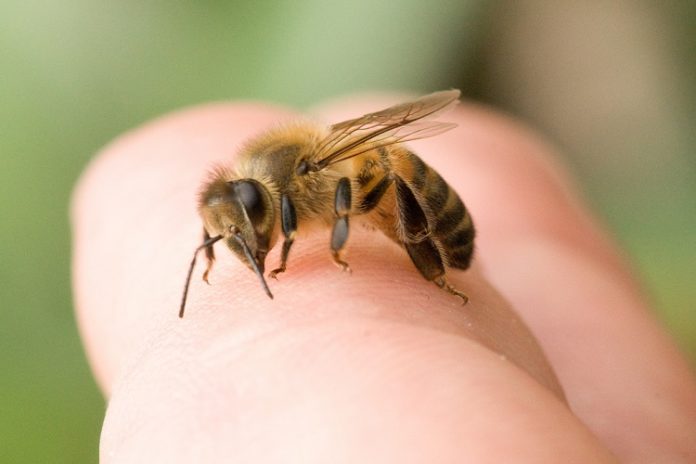 Mild reaction: In the most cases when you get bee sting, then this is a mild sting which means that you have minor symptoms such as

In the most cases the pain and swelling are go away in the first few hours.

Multiple bee stings: Wasps and bees are not aggressive insects and in the most cases they can sting you when they are defending themselves. In many cases people will disrupt a swarm or hive of bees which means that they can get multiple stings. There are some types of bees which are known as Africanized honeybees are the bees which have increased chances to swarm and also these bees are stinging in groups. In many cases when you get a bee sting more than one time, then this can make you a toxic reaction that can make you to feel sick. Here are the signs and symptoms of the multiple bee stings:

People who have breathing problems, who have heart problem, older adults and children can get multiple stings which in these people are a medical emergency problem. In the most cases you do not have to visit your doctor about this problem but if you have severe case of bee stings, then you need to visit your doctor as soon as possible.

Causes: When you get a bee sting, then you have swelling and pain around the sting area because bee venom are having protein which are affecting our immune system and skin cells. If you suffer from bee sting allergy, then the bee venom will make you serious problems in the reactions of your immune system. [5]