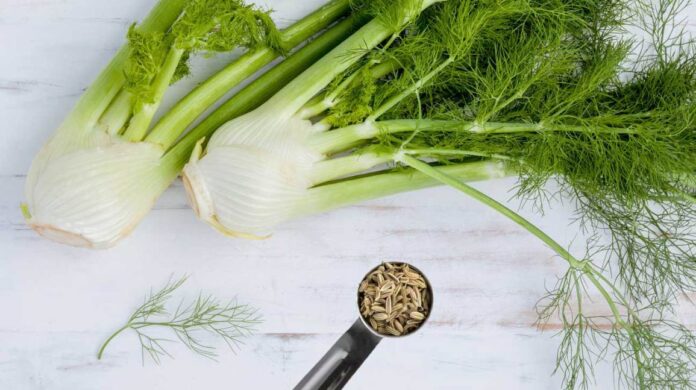 The fennel bulb is a sweet flavored vegetable which is often used as an ingredient in the Mediterranean cooking. This is a juicy and puffy bulb which impairs distinctive “anise like” sweet flavor to the recipes. The scientific name of fennel bulb is Foeniculum vulgare. It is grown as a vegetable due to its attractive and squatted stems in many different regions in the southern Europe, especially in Italy. Also, it is known as sweet fennel, finocchio and Florence fennel.

The fennel bulb is a cool season perennial herb, but it is grown in all seasons of the year. It is a small plant which is growing up to only 2 meters in height. As this plant grows, the lower leaves overlie one above the other to form a swollen bulb like the arrangement just above the ground. When this bulb is fully grown, then it measures about three to five inches wide and about three inches in length.

In one cup of fennel bulb there are 27 Kcal. The major nutrients of the fennel bulb are manganese, potassium, iron, Vitamin C and Vitamin K. You can find the fresh fennel bulb in the markets during the spring season. In the United States of America, this plant can be found throughout all year. Usually, fennel bulb is used in the stews, soups and salads. You can add the fennel bulb to flavor pork, fish, meat and poultry recipes. 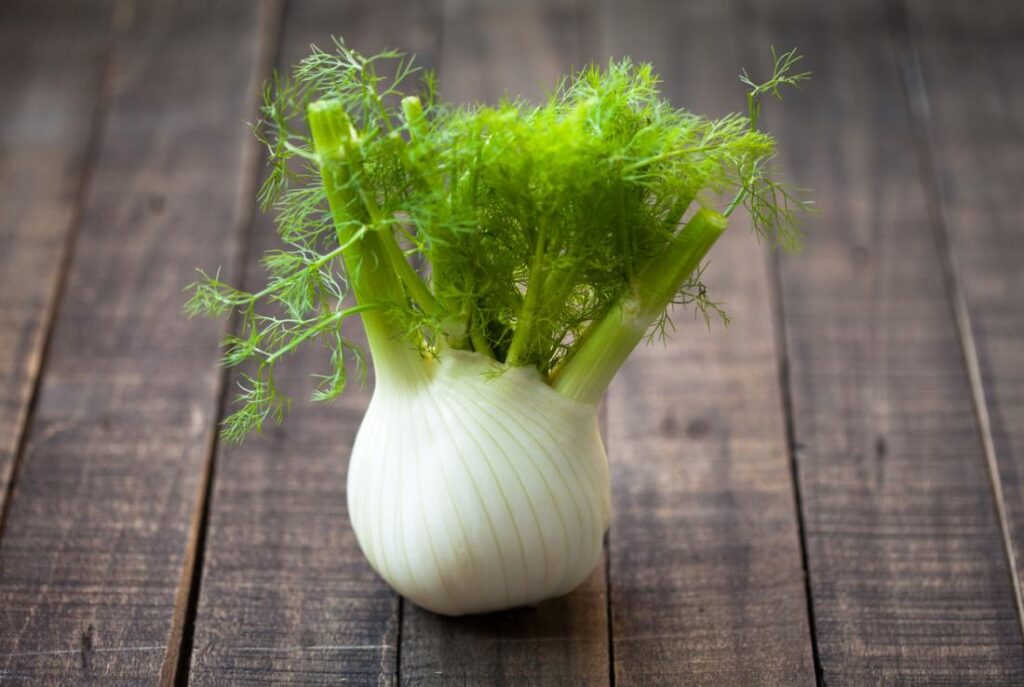 There are some studies in which are noticed that the regular consumption of fennel bulb is one of the best methods for limiting the defects during pregnancy and the birth of child. This is possible due to the high amounts of Vitamin B9 found in this bulb. It is noticed that women who have a diet deficient of Vitamin B9 have more chances of not delivering a healthy baby. Neural tube defects are birth defects which are caused by the Vitamin B9 deficiency. The consumption of this bulb is giving you more chances to give a birth to happy and healthy child.

It is noticed that this bulb has high amounts of calcium which can help to maintain the bone strength and health. But the calcium is not the only bone – strengthening nutrient which is found in this bulb. Also, the fennel bulb has Vitamin K, phosphorus and manganese which are all playing a role in maintaining bone strength.

One of the best methods of obtaining fiber is the fennel bulb. It can help you to maintain healthy levels of cholesterol in the blood stream. This means that the fennel bulb can encourage the elimination of the damaging LDL cholesterol, which is a key factor in strokes, atherosclerosis and heart disease.

There are some studies in which are noticed that the high amount of iron and histidine which are found in the fennel bulb. The iron is the chief constituent of the fennel bulb and the histidine encourages the production of the hemoglobin and it can help in the formation of many different other components of the blood.

It is noticed that one cup of this bulb has nearly 11.56% of the daily requirement of the Vitamin C which is making it one of the best foods which we can add to our diets. This vitamin is playing an important role in the improvement of the immune system health. It produces and repairs skin tissue and it helps to form collagen. It can help to protect the blood vessel walls as antioxidant so they will stay safe from the harmful effects of the free radicals which are often cause for the heart disease.