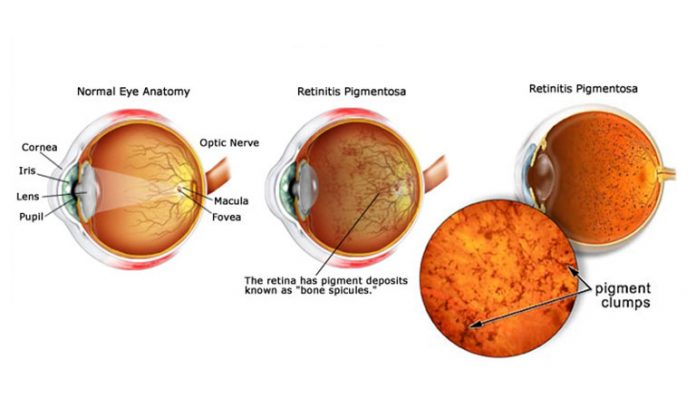 It is a term which is used for a group of eye diseases which can lead to loss of sight. This is a rare disorder which is passed from parent to child. There are some studies in which are estimated that only 1 out of every 4,000 people get it. Also, it is noticed that about half of all people who have retinitis pigmentosa have a family member who also have this condition. Difficulty seeing at night and a loss of peripheral vision are the most common symptoms of retinitis pigmentosa. When someone has retinitis pigmentosa, then photoreceptors progressively lose their function. [1]

This is a fruit which is related to wild blueberries and huckleberries that are found in North America. Bilberry is used in the European traditional medicine since the 12th In the American groceries, fresh bilberries are not commonly found but they are often used to make syrups, alcoholic and nonalcoholic beverages, cobblers, pies and jams. There are some laboratory studies in which are said that bilberry can be used as a home remedy for retinitis pigmentosa but until studies in humans are done, this home remedy is not considered as safe [2]. 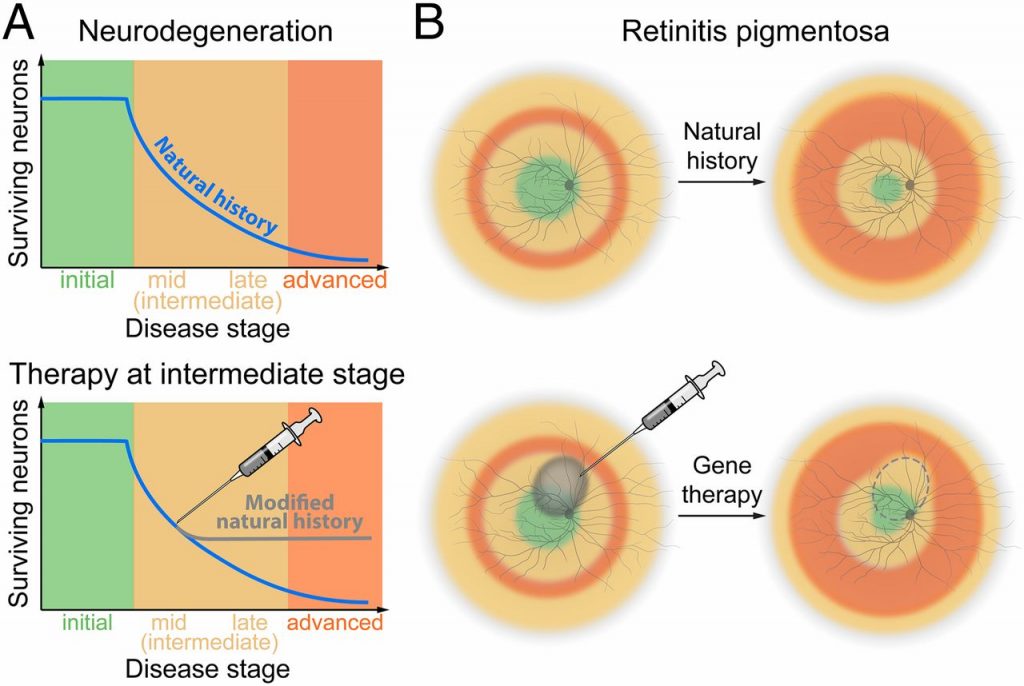 This vitamin exists in 8 different forms – alpha; beta; gamma and delta tocopherol; and alpha, beta, gamma and delta tocotrienol. It is known that alpha – tocopherol is most active in people. You should talk with your doctor if you suffer from retinitis pigmentosa before you start using Vitamin E as your home remedy because in some studies is said that this vitamin does not slow the visual decline [3]. Also, this vitamin can be associated with rapid loss of visual acuity but this is not proven. You should avoid taking large doses of Vitamin E.

There are some studies in which are said that people who have retinitis pigmentosa can get benefits from the usage of acupuncture as their natural treatment because it can help to improve the eyesight. The retinitis pigmentosa is a generally inherited condition and it can lead to blindness. It has been noticed that acupuncture has improved the overall eyesight and it has improved problems of dark to light adaptation and night blindness.

It is noticed that patients who received ten minute acupuncture treatment in a period of two weeks have improved the vision in both eyes after only one week of acupuncture treatment and these results lasted from ten to twelve months. Also, it was noticed that the dark adaptation has increased significantly in the subjects. The ability to see in darkened regions and night vision have improved significantly in subjects.

Also, in other people was noticed an expansion of visibility within large visual field. Doctors have said that acupuncture has a minimal risk for people who suffer from retinitis pigmentosa if it is done by a trained acupuncturist. You should know that acupuncture needles do not go into the eyes. The closest points are in the cheekbone area and eyebrow area. [4]

There are some studies in which are shown that wearing sunglasses can help to protect your eyes from the UV rays and this can help you to protect your vision [5]. Also, it is noticed that many patients experience glare when they are exposed to bright lights. You can wear special glasses in which a light amber filter is added so it can help you to improve the tolerance of bright lights.

We know that DHA is an Omega – 3 polyunsaturated fatty acids and also it is acting as antioxidant agent. There are some studies in which are said that DHA can help in the natural treatment of retinitis pigmentosa but also there are other studies which do not support this claim. There should be done a lot more studies in the future to approve or disapprove the usage of DHA as a home remedy for retinitis pigmentosa. [6]

There are some studies in which are said that high doses of Vitamin A (about 15,000 IU) can help to slow the progression of retinitis pigmentosa in some people. But there should be done a lot more studies in the future to tell if this home remedy is really effective for retinitis pigmentosa. Usually, doctors are recommending 900 micrograms for adult men and 700 micrograms for adult women. [6]

There have been some recent studies in which are said that Vitamin A in the palmitate form is effective home remedy for people who suffer from retinitis pigmentosa and this is a reason why doctors are recommending this natural treatment. You should know that Vitamin A toxicity can happen if you take this home remedy in high doses. The excessive amounts of Vitamin A can lead to clumsiness, liver problems, dizziness, blurred vision, headache, vomiting and nausea. Also, the excessive amount of this home remedy can increase the risk of developing osteoporosis.

There are some studies in which are said that when Vitamin A is taken in the recommended dosages, then it is safe for pregnant women. You should be careful if you are breastfeeding because the effects of this home remedy are not well studied on babies. If you are allergic to Vitamin A, then you should avoid its usage. It is noticed that smokers who consume Vitamin A and alcohol have increased risk of getting heart disease and lung cancer so they should not use this home remedy for retinitis pigmentosa. If you suffer from alcoholism or liver disease, then you should use it with caution.

The medical marijuana is used all around the world. The effects of medical marijuana on the function of the retina and the visual system are not investigated thoroughly. There are some studies in which are said that cannabinoids which are present in the medical marijuana can be beneficial in preventing certain degenerative diseases of the retina. Also, it is said that cannabinoids can delay the retinal degeneration in people who suffer from retinitis pigmentosa. There should be done a lot more studies in the future to identify the exact mechanism by which these components can delay the vision loss in people who suffer from retinitis pigmentosa. [7]

There are many different sleep disorders. They are a group of conditions which are affecting the ability of someone to sleep on a regular...
Read more

The nutrition facts and health benefits of plantain

Plantain is a weed or herb which is found in the temperate climates. There are over 200 species of plantain. You can locate one...
Read more

Ringworm is also known as tinea. This is a fungal infection on the skin. It is very common condition and it is contagious. Ringworm...
Read more

Angioedema is one type of swelling. It affects the deeper layers of our skins. In some cases, the swelling is accompanied by hives. They...
Read more

This is a narrowing of the spaces within the spine which can put a pressure on the nerves that are traveling through the spine....
Read more

We know that chilblains are small lesions which are caused by the inflammation of tiny blood vessels after the exposure of cold air. In...
Read more