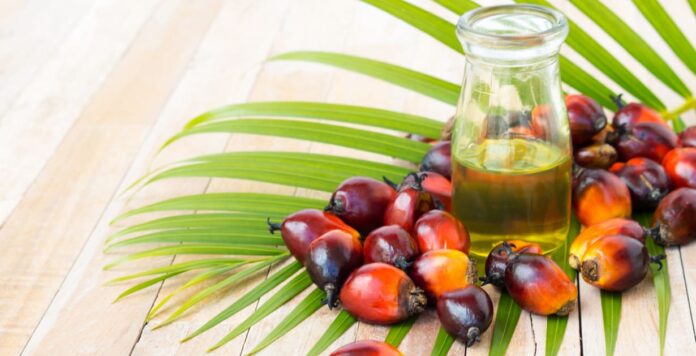 Palmitic acid is a common saturated fatty acid that is found in fats and waxes, including body lipids, palm oil, and olive oil. It is thought that saturated fats, like palmitic acid and stearic acid, often make bad things for our health, but there are enough reasons why you can include them in your diet. Fat is an essential macronutrient and it has many health benefits. Palmitic acid can help to form cell membranes, signaling molecules, and lung secretions. Also, at the same time, it will store and utilize the energy within cells and modifying proteins.

Palmitic acid is considered a long-chain fatty acid, which is an acid that has between 13 and 21 carbon atoms. Palmitic acid is naturally found in animals and in some plants. In some studies is said that palmitic acid is very secure for local use and it is unlikely to cause side effects in most people. Studies have found that it may be harmful to consume internally in high amounts, especially when it is taken in supplement form. A safer option is to consume it from food sources, such as coconut oil and palm oil. 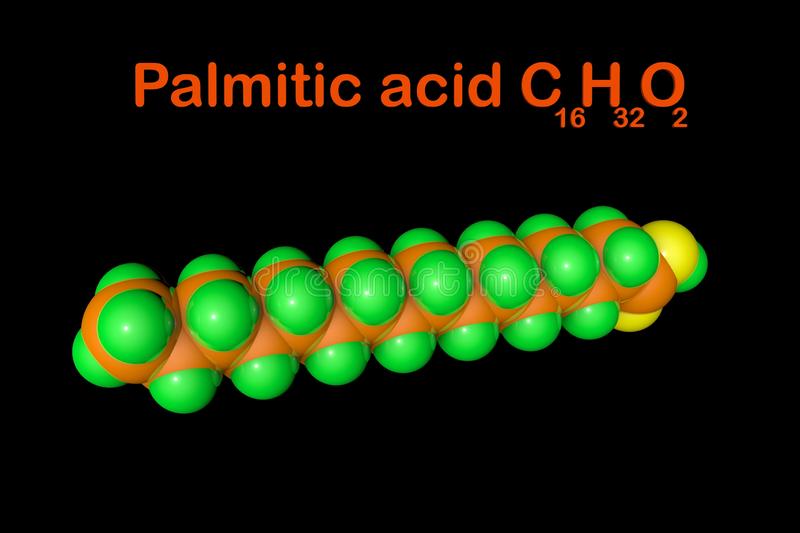 Here are some health benefits of palmitic acid:

It has been found that palmitic acid can do many things for our skin. The palmitic acid has the ability to heal some of the following skin issues: insect bites, dryness, irritation and redness, and rash. Palmitic acid is used in skincare products mostly as a moisturizer and emollient and in some cases, it also helps with cleansing. The primary benefit of palmitic acid for skin health is locking in moisture by forming a protective layer on the skin.

There are some findings on the effects of palmitic acid in people’s diets and the results were mixed. Many experts think that the consumption of medium-chain saturated fats (such as lauric acid, which is found in coconut oil) and monounsaturated fats (such as oleic acid, which is found in olive oil) are healthier for consumption compared to saturated fats. One potential of consuming palmitic acid is that it can help to make other beneficial fatty acids.

Palmitoleic acid is a type of n – 7 monosaturated fat which is not commonly found in foods, but rather is a product of palmitic acid metabolism in the body. It is linked to the protection against insulin resistance, inflammation, and fat storage compared to the long-chain saturated fatty acids. In some human and animal studies was noticed that palmitoleic acid is having anti-inflammatory and lipid-lowering effects.

It can help to form POA, so some experts have linked moderate palmitic acid consumption to the prevention of metabolic syndrome, including insulin resistance and cardiovascular disease that are associated with obesity and diabetes, but other experts have said that it is the opposite to be true.

Palmitic acid is playing a critical role in supporting normal cellular membrane function. Also, it can help the body store energy to facilitate metabolic functions. Palmitic acid has the ability to provide membranes with essential characteristics for cell division, biological reproduction, and intracellular membrane trafficking. Also, it can help to create sphingolipids found in cell membranes that help to protect brain and nerve cells.

It has a positive effect on levels of inflammation and it plays a role in the energy generation, protein modification, and formation of membrane phospholipids. You should consume palmitic acid in balance with unsaturated fatty acids, especially polyunsaturated fats, such as linoleic acid.