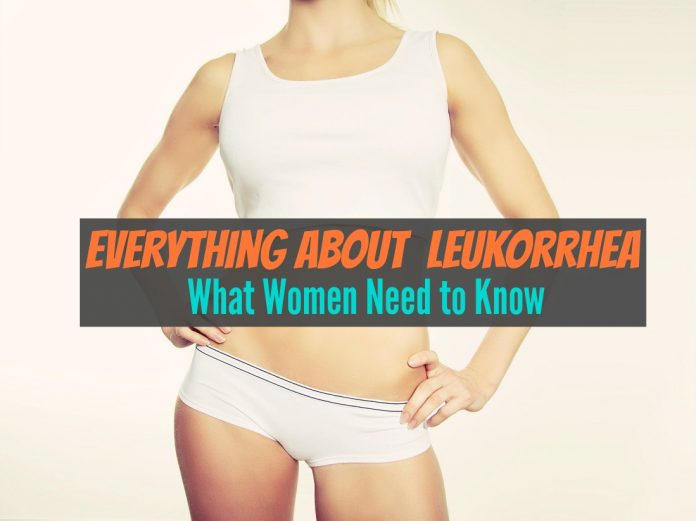 Leukorrhea is a medical term which is used for a definite kind of vaginal discharge which is most common during the pregnancy and the additional times during the reproductive years. If some woman suffers from leukorrhea, then it can be sticky as well as thick vaginal discharge which is white, green or yellow. This condition can vary with the menstrual cycle because in this period there are changes in their hormone levels. Discharges from the vagina are normally a sign of sexually transmitted disease, bacterial vaginosis or vaginal yeast infections. When some woman has leukorrhea, then it can be an indication of the presence of an infection and normally it is accompanied by other signs and symptoms, such as redness of the tissue, irritation or burning, pain and itching. You should talk with a qualified medical professional if you have some of the mentioned symptoms because he or she can tell you if you have an infection. If some woman has any type of vaginal discharge which is unusual during pregnancy or at any other time, then she needs to talk with her doctor before she start using some home remedies or over – the – counter therapy.

Leukorrhea can last for weeks or even months. This conditions needs to be treated correctly in the primary stages because this will not let it become protracted. This discharge is mostly experienced in the course of puberty while the sexual structures of females are evolving [1]. In the most cases this discharge is caused by an infection which is present in some of the tissues of the vagina. Here are some symptoms of leukorrhea: 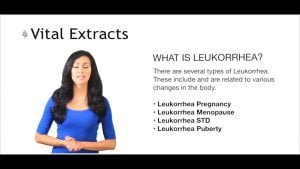 It is normal to have a small amount of discharge from the area of vagina. You should talk with a doctor if you have white discharge sufficient as to soil underclothes. Also if you have discomfort during sexual intercourse or you have itching around the anus that is accompanied by vaginal discharge, then talk with your doctor. Leukorrhea can exist prior to a girl’s first menstrual period, the beginning of infections of the vagina or sexually transmitted diseases or in non – pregnant females in the course of ovulation. The mentioned discharges exist often in some disorders [2], for instance:

The mentioned conditions which can cause leukorrhea need management by a primary care physician. It is known fact that there are 2 parasitic infections which are very common and which can lead to leukorrhea and they are:

There are some studies in which is said that a Trichomonas infection can result in a tenacious type of leucorrhea [4]. Some studies have shown that this type of infection is comprising the membrane lining of the vagina as well as the cervix. It is causing vaginal discharge and also it causes inflammation which is chronic. The Candida infection is causing extreme itching of the vagina and cervix and it is creating white and thick vaginal discharge. The first sign of pregnancy can be leukorrhea but it is not always a clear identifier by itself [5]. But if there are further signs, for example a period being missed, frequent urination and morning sickness, then the woman should take a pregnancy test which will ensure her if she is pregnant or not. When some woman has leukorrhea, then it is caused by the increasing generation of hormones in which is included estrogen as well as bigger flow of blood to the vaginal area. This is a blend of secretions from the cervix as well as the vagina, dead skin cells as well as the normal flora of bacteria which is present in the vagina. This is not unsafe and also it is not a sign of any problem.