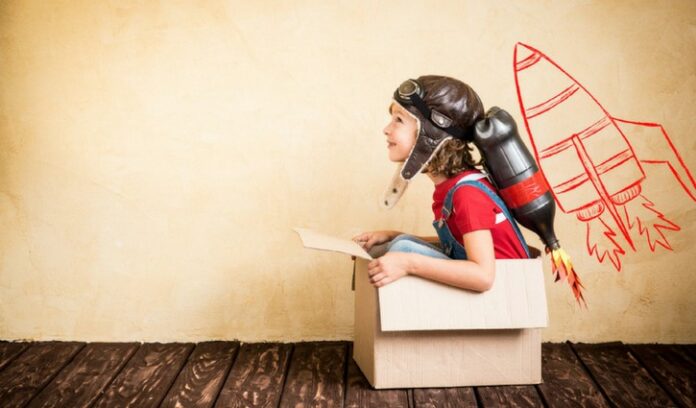 Every parent knows that his children want to go outside and play. When kids are doing this, parents do not have an idea that they were maintaining self–regulation, language, cognitive and emotional skills which build executive function and social aptitude in children, all while complementing demanding brain structures which support pursuing goals and ignoring distractions. Play is needed for the healthy development of children. In some pediatric studies were noticed that play advances children’s skills and also, can help to manage toxic stress [1,2].

It is known that playing is supporting the construction of stable and nurturing relationships with caregivers that kids need to thrive. The definition of play is not just one. Experts have noticed that play is naturally motivated, uses active engagement and it is resulting in joyful discovery. Also, it is voluntary, fun, and spontaneous and it does not have extrinsic goals. There are different types of play. Some playing is about exploring, which means it is child-directed.

When your toddler puts everything in his mouth, then he is curious about the world. The physical play is rough and tumble and kids are running and moving their bodies. Social play may involve a child watching another kid, playing alongside him, which is getting in cooperative play with shared goals as they interact. Also, there is pretend play, when children take on adult roles. It was noticed that this is happening cross-culturally at specific developmental times, primarily in the preschool years.

A prescription for play:

It has many health benefits, but studies have shown that the amount of time children get to play has been declining for decades [3]. Some of the reasons for this condition are next: rising media use and screen time, fewer safer places to play, more parents working outside the home, and tightly structured family and school schedules. One study was shown that the average preschooler watches 4.5 hours of TV on daily basis.

There are some tips that you can use to boost mental, emotional, and social development.

There is no number about how many hours your kid has to play. But, you should monitor the screen time. We know that playing a video game virtually with a friend is not the same as a game of tag, where kids compete to catch each other, cooperate and negotiate the rules. [4]

Solo playing is good for kids for a certain period:

It can be wonderful for your kid to play alone. It builds imagination [5]. Many kids love playing alone with Legos. But, if your kid is always playing solo, then it can be a red flag for social isolation.

When kids say that they are bored, parents leap to the rescue. If they can resist, then the child gripes and grunts. Then, something wonderful happens. Children think of something to do. It is a life skill to manage their emotions, entertain themselves and follow their own curiosity.

The play is the thing:

Play is an important and valuable part of each child’s life. Even if it does not always encourage development every time, play must be included in children’s growth. Kid’s playing is like art and it needs to be appreciated.

Play as a toxic stress buster:

Play is boosting a child’s health and development. Also, it helps to build safe, stable, and nurturing relationships that buffer against toxic stress and build social-emotional resilience. In some studies are shown that mutual joy and one–on–one interaction that is happening during the play can manage the body’s stress response. In one study, three to four-year-old children, anxious about entering preschool, were two times more likely to feel less stressed to play for fifteen minutes, compared to classmates who have listened to a story.

Video games, TV, and the internet are media with which children want to be with every minute. They are fun, but they are largely passive activities that reduce the amount of active and social play children engage in. In some studies are said that these activities are increasing problems in children like obesity, anxiety disorders, socially – isolated activities, and the growth in childhood stress and increase in sedentary life [6]. Every doctor is recommending limiting screen time and promoting childhood play.

The increased rate of violence, emotional trauma, obesity, and anxiety have alarmed child psychologists and pediatricians. Many people believe that it can be the antidote to violence, fear, loneliness, worry, and isolation. An active play fosters sound mental and emotional health. When children play, they can strengthen their confidence, learn to trust others, create friendships and feel safe.

These benefits will develop a sense of belonging, which is critical to the feeling of well–being. It is recommended sixty minutes of moderate to vigorous active play on a daily basis. This may sound like a lot, but it does not have to happen at once. Play is very important for the physical, cognitive, emotional, and social well-being of children beginning in early childhood.

In the studies over the past few decades was noticed that the amount of free play for children has reduced. It was noticed that the IQ of children has risen since 1990, but the creative thinking score was significantly decreased. The reduced play was noticed in children. They have become less verbally and talkative expressive, less energetic, less emotionally expressive, less lively and passionate, less likely to see things from a different angle, etc. Creativity has been said as a critical asset. So, parents need to encourage the free play of their children, so their creativity will be at its highest levels.

In one study which was done on 9 – 10-year-old children was noticed that those who had a higher level of aerobic fitness had more hairy and solid white–matter tracts in their brain than their peers who were less fit. These tracts are important for the memory and attention of kids. It is known that children of these ages are not going to the gym. They get fit through play. You can decide with your child some class which can help him, like bouncing, jumping, climbing or running. There is neurological evidence that fitness is playing a key role in kids’ cognitive function. [7]

When children play, they can learn how to get along with people and deal with difficult ones. In every play, children will learn which will work for them and which will not. Some children are not ready to forgive antisocial behaviors as their parents might be. Other children may walk away from the rules, which is not fair for others. But, if they want to hang out with other kids, then they need to satisfy their needs and wants, without stepping on the needs and wants of others. Here goes negotiation and compromise.

They will learn the line of their own barriers. They will know what feels right and what it is not right. They will learn to respect the boundaries of others. In some cases, they need to walk away. In some cases, there is a need for determination. Those children who have good social skills will always find the right way to get what they need. Children negotiate during the play, such as who will be the passenger, who will be the train driver, where they are going, etc. [8]

Play can help children to learn how to manage big feelings:

When children are playing, they will understand that not everything is going as planned. Some things will be euphoric, while others will be devastatingly unfair. Demands and wishes may work at home, but peers will not let always be on your own. Through play, children will learn that there are no adults to tell which one is right. They will learn how to measure their own emotional responses and how to deal with their own problems.

These times they will have big feelings and in some times, they will understand that their feeling should not be shown to others.  This can help children to practice empathy, negotiation, self–control, and how to get support and give it. [9]

Discover their own power:

When children play, they will have chances to resolve their own problems, which in other cases they may not be able to. This will release their own potential, inspiration, capacity, and their inventiveness to organize the environment to meet their own needs.

[9] Nergaard K. ‘I want to join the play’. Young children’s wants and needs of empathy when experiencing peer rejections in ECEC. Early Years. 2019.