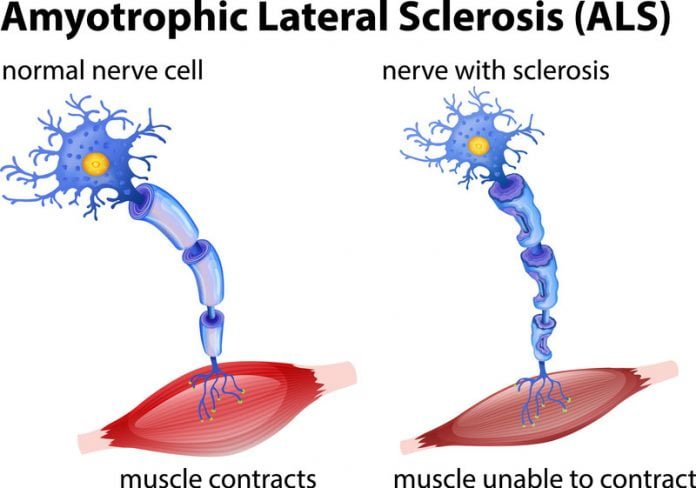 ALS is a shortcut for amyotrophic lateral sclerosis. This is a progressive nervous system disease (it is also known as neurological disease) which destroys nerve cells and causes disability. This disease is also known as Lou Gehrig’s disease which was famous baseball player that was diagnosed with this disease. The amyotrophic lateral sclerosis is a type of motor neuron disease in which nerve cells gradually break down and die. Many doctors do not know the cause for ALS. In some cases, ALS is inherited [1]. This condition often begins with muscle twitching and weakness in a limb or with a slurred speech. ALS can affect the control of muscles which are needed to move, breathe, eat and speak. There is not cure for ALS and eventually it can be fatal.

Here are early signs and symptoms of ALS [2]:

This disease often starts in limbs, feet or hands and it spreads to other parts of the body. When the ALS is progressing, then the nerve cells are destroying and the muscles progressively are weakening. This can affect breathing, speaking, swallowing and chewing. This disease is not affecting your bladder or bowel control, your thinking ability or your sense. Also it is possible to stay actively involved with your family and friends. 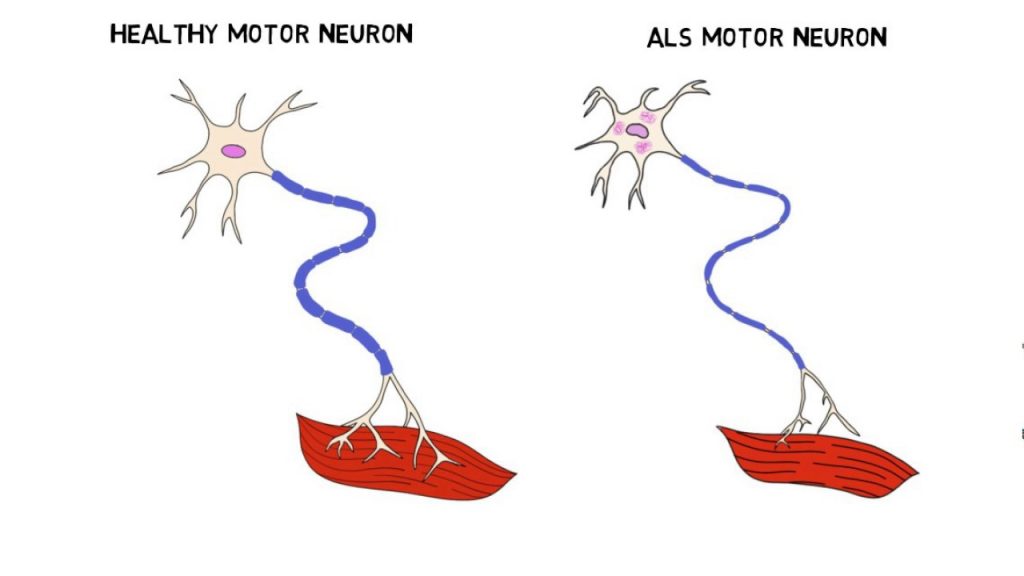 In 5 – 10% of cases this disease is inherited but in other cases the cause for ALS is not known. Doctors are studying several possible causes of this disease, including:

Here are some factors which can increase your risk of ALS:

Also environmental factors could trigger ALS, such as

[3] Science Mission. Mitochondrial localization of a RNA binding protein is required for neuronal toxicity in ALS. 2016. Retrieved from sciencemission.com/site/index.php?page=news&type=view&id=health-science%2Fmitochondrial_2