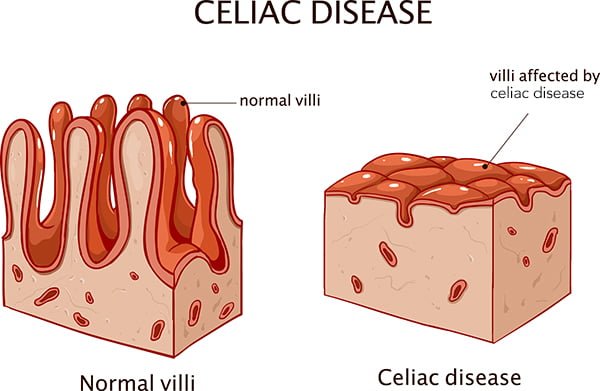 The celiac disease is also called coeliac or sprue. It is an immune reaction to eating a gluten which is a protein found in rye, barley and wheat. If you suffer from celiac disease and you eat gluten, then it can trigger an immune response in your small intestine. As the time passes, this reaction is damaging your small intestine’s lining and also it prevents absorption of some nutrients (this is known as malabsorption). This intestinal damage can often cause anemia, bloating, weight loss, fatigue and diarrhea and this could lead to serious complications. When children have malabsorption, then it can affect their growth and development and also they have the symptoms that are seen in adults. You should know that there is not a cure for the celiac disease but many people who follow strict gluten – free diet can help to manage their symptoms and promote intestinal healing. [1,2] 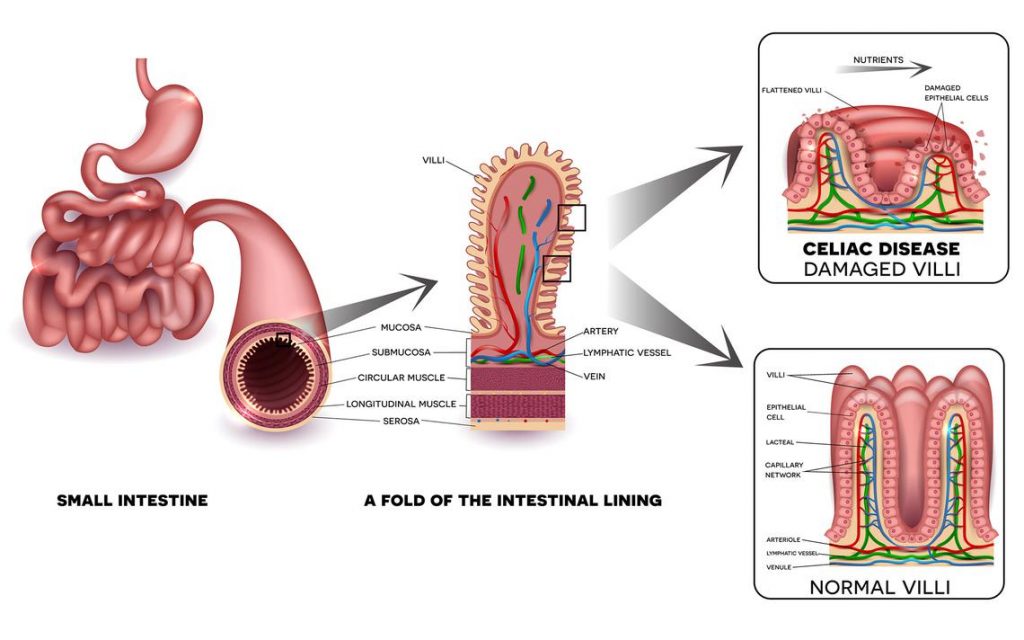 Symptoms of celiac disease in the Children

Those children, who are under 2 years old, have some of the following signs and symptoms [4]:

The dermatitis herpetiformis is an itchy and blistering skin disease which is caused by the celiac disease. This rash is usually happening on the buttocks, scalp, torso, knees and elbows. The dermatitis herpetiformis is often associated with changes to the lining of the small intestine identical to those of the celiac disease but this disease may not produce noticeable digestive symptoms. Doctors are treating this condition with medications or gluten – free diet or both to control the rash.

The interaction between many factors, such as eating foods with gluten, genes and other environmental factors are leading to the celiac disease, but the exact cause for celiac disease is not known. Gut bacteria, gastrointestinal infections and infant feeding practices might contribute to the development of this condition. It is known that there are some cases when the celiac disease is triggered or it becomes active for the first time after childbirth, pregnancy, surgery, viral infection or severe emotional stress. When your immune system is overreacting to gluten in food, then this reaction is damaging the tiny and hair – like projections (villi), which line the small intestine. Villi absorb minerals, vitamins and other nutrients from the food we eat. If the villi is damaged, then you cannot get enough nutrients no matter how much you eat. There are some gene variations which can increase the risk of developing this condition. If you have these gene variations, then this does not mean that you will get celiac disease for sure and this suggests that additional factors can be involved. In the Western countries is estimated that about 1% of population has celiac disease [5]. It is noticed that celiac disease is most common in Caucasians. Nowadays, celiac disease is being diagnosed among many ethnic groups and it is being found globally.