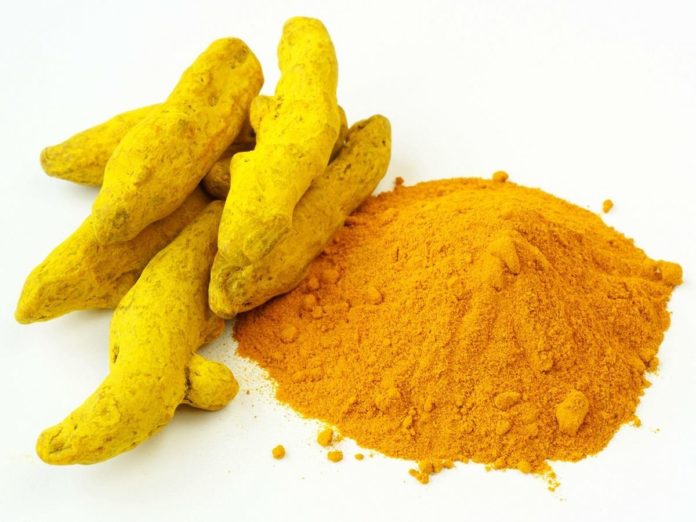 Turmeric has many health benefits such as prevent cancer, protect the digestive tract, slow the aging process, alleviate pain, eliminate depression, reduce inflammation, ease menstrual difficulties, protect cognitive abilities and it has ability to heal wounds. This herb is closely related to other members of the ginger family. It is a perennial herb which is native to India. The scientific name of turmeric is Curcuma longa. Turmeric itself is derived from the rhizome of the plant which is dried before the useful powdered form can be acquired. This herb needs a rather specific temperature and environment to thrive. This is a reason why it is not widely cultivated throughout the world but it is exported all around the globe due to its desirability. Many people have seen turmeric but they have not recognized it. If you have ever enjoyed Indian food, then you have almost certainly consumed it. Turmeric is not considered to be an allergic subsstance but it can have some side effects on the body such as diarrhea, dizziness and nausea, particularly when turmeric is consumed in large quantities. There are some cases in which when turmeric was consumed in excessive amounts in a medicinal capacity, then it has caused heart irregularities. Talk with medical professional before you add turmeric in your diet.

Here are some health benefits of turmeric

Depression: Curcumin is a versatile substance. There are some studies in which is shown that curcumin has a similar effect as Prozac on patients suffering from stress, anxiety, mood swings and depression. This is making it a powerful alternative to pharmaceutical routes which often have addictive or dangerous side effects.

Cognitive abilities: In the traditional medicine, this home remedy was often relied to boost memory retention, increase concentration and boost cognitive abilities. Many of the mentioned traditional benefits have ended up being legitimated by research and this herb is still considered as brain boosting herb. It can increase general cognitive ability. Also it can protect the neural pathways from long – term oxidative stress and the build – up of plaque. It is a powerful antioxidant herb. This means that it can stimulate neural activity and prevent cognitive degradations, which often comes in the form of dementia and Alzheimer’s disease. There are many studies in which is shown that curcumin is very effective treatment in clearing out amyloid plaque which is the major indication of Alzheimer’s disease progression.

Heart health: Vitamin B6 and curcumin are turmeric components which can boost your cardiovascular health. Vitamin B6 can inhibit the production of homocysteine. This is a negative bodily byproduct that seriously is damaging cell walls. These weakened walks can cause many complications in the heart, particularly when exacerbated by plaque build – up or high blood pressure. Curcumin can directly balance your cholesterol levels because it is eliminating low – density cholesterol from the blood vessels and arteries. The previous mentioned property can help you in the prevention of atherosclerosis, so when turmeric is combined with stronger blood vessels, then it is representing a comprehensive solution for different range of heart issues.

Detoxification of the body: Turmeric and its active organic components can improve your liver function and they can reduce the levels of toxicity in your body. By ensuring that toxins are removed efficiently and stimulating the lymphatic system, the antioxidant activities of turmeric are an ideal solution for toxicity or liver ailments.

Cancer treatment and prevention: Turmeric is one of the best natural cures for the treatment or prevention of cancer. Curcumin is a powerful antioxidant agent which is linked to reduction in colon cancer cells and also this component is a direct inhibitor for a protein which is essential for tumor growth. This is a reason why turmeric should be added in every diet as a preventive measure. Also it slows metastasis of cancerous growth. The most studies are done about the effects of turmeric for colon cancer prevention but there should be done a lot more studies in the feature about this topic.