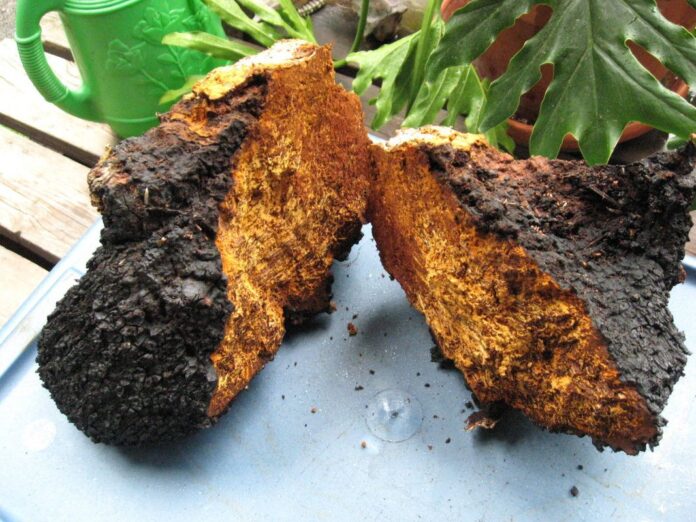 Many people have never heard about chaga before. Chaga are mushrooms which are having many health benefits. The chaga tea is made from an extract of the medicinal mushroom called Chaga. This mushroom has a long history of medicinal use in the China and Northern Europe. This tea is a popular type of herbal tea which is thought to have originated in ancient Siberia.

The scientific name of chaga is Inonotus obliquus. The chaga mushroom prefers cold climates and it can be found in the northern parts of the Europe, Korea, China and United States. This tea has different range of chemical compounds which can benefit our health. This tea is relatively mild in flavor and it has earthy notes with a slightly bitter taste. Also, there is a slight hint of vanilla, which comes from the vanillin compound that chaga mushroom has. This tea is refreshing and enjoyable to drink. The major active constituents of this tea include phenolic acids; melano – glucan complexes; betulinic acid and its derivatives. You can boil chunks of dried mushrooms in water until the liquid becomes a dark color. Also, you can use a powdered extract of chaga mushrooms and mix it with hot water.

There are some studies in which are said that the chaga tea has blood sugar – lowering properties. If people who suffer from diabetes are already taking blood – glucose lowering medication, anything which further lower the blood sugar can cause blood sugar levels to become dangerously low. This is a reason why diabetics should talk with their doctors before they add chaga tea in their diets. There is no long – term research about the long – term usage of chaga tea, so you should be careful when you are using it. 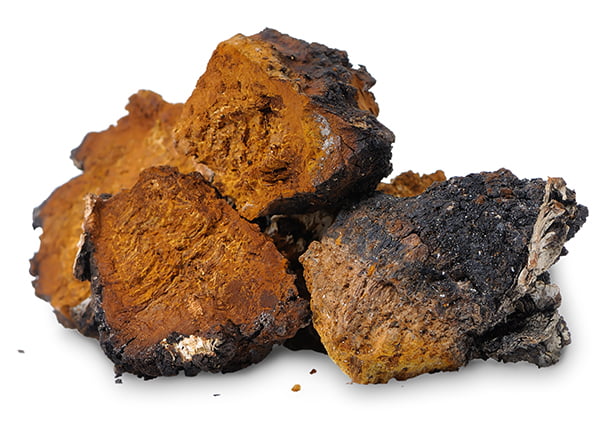 It is known fact that the chaga tea is great for both internal and external use. It has melanin, which is a pigment in the skin that is responsible for sun – protection. The chaga tea combats infections, promote good circulation and it can reduce the inflammation. If you want to have a strong and healthy skin, then you should add chaga tea in your diet.

It is known fact that the chemo therapy and radiation can take a toll on your body. They can cause large amounts of oxidative stress and they have serious side effects, such as swelling, skin problems, infections, fatigue and much more. The chaga tea can give you a relief. It is packed with antioxidants which can help to boost your immune system. Also, it has anti – inflammatory properties which can help you a lot.

It is noticed that the chaga tea is a safe alternative to coffee for pregnant women. It provides a non – jittery energy due to the polysaccharide content. Also, the chaga tea has over 215 phytonutrients and glyconutrients. It can help you to support your body when you are in pregnant state.

The chaga tea has structural polysaccharides which can help to provide energy and they can boost your mood. Polysaccharides will give you a mellow and a long – lasting energy. This is the thing which you need throughout the day.

It is known fact that the chaga tea has Beta – D Glucans which can boost the immune system. They can help your body to fight against illnesses. Also, the chaga tea has a betulin which is a compound found in birch trees which can defense the birch against foreign invaders. It is known that the human cells are immune to the betulin, so it only attacks the invaders which you do not want around.

Those people who have coffee sensitivities or allergies can use the chaga tea in their diets because this tea is free of caffeine.

If you are going to college or at stressful work, then you need a time to relax yourself. The chaga tea can give you a relief from the oxidative stress which is a tissue – damaging stress that happens after excessive drinking, excessive exercises and cigarette smoking. This is a reason why you should avoid the mentioned bad habits and start drinking chaga tea.