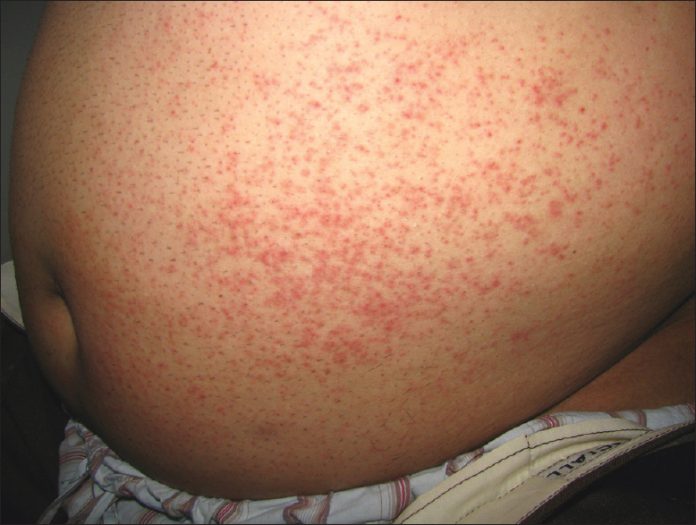 This is a rare skin condition. In the most cases, people who have Grover’s disease get red and itchy spots but also there are other people who can get blisters. The main symptom of Grover’s disease is named “Grover’s rash”. This rash normally happens on the midsection. It is frequently happening in people who are 40 and older [1]. The cause for Grover’s disease is not known. It is usually treated with topical medications but in some cases, it requires light therapy, injections or oral medication to treat it. Grover’s disease is also known as transient acantholytic dermatosis. The term “transient” means that this condition goes away over time. But there are some people who can experience multiple outbreaks. Even the cause for Grover’s disease is not known but it goes away. It is very important to follow the correct diagnosis and the most cases last for 6 – 12 months. You should stay in contact with your dermatologist because in this way you will ensure yourself that symptoms will clear up and they will not return.

Symptoms: The small, round or oval red bump that forms on the skin is the most common symptom of Grover’s disease. These bumps are typically firm and raised. Also you can see the appearance of blisters. Blisters are typically with red border and they are filled with a watery liquid. Both blisters and bumps appear in groups on the back, neck and chest. The rash is itch in many cases but not every single person experience the itching. Here are the main symptoms of Grover’s disease [2]:

The symptoms of Grover’s disease usually last about 6 – 12 months but also they can go away sooner or take longer to disappear. You should talk with your doctor if you have rash. He or she will examine the rash. In some cases, it is difficult to tell the difference between Grover’s disease and other skin diseases. The shaved skin biopsy can confirm the correct diagnosis. 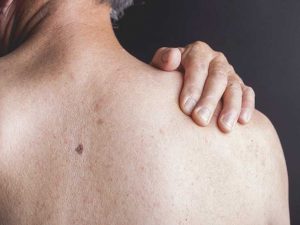 There are some doctors who have said that Grover’s disease is associated with certain medications, such as biologic agents that are used for cancer therapy [4], such as anastrozole and some antiviral medications, such as ribavirin. Also there are some cases when Grover’s disease is found in people who have other similar dermatological diseases, such as contact dermatitis and atopic dermatitis [5]

Complications: The Grover’s disease can be complicated by the development of dermatitis which is usually in a discoid pattern (this means that it is with round or oval, dry or crusted plaques). These plaques can start on the back and chest and they can spread to other parts of your body.