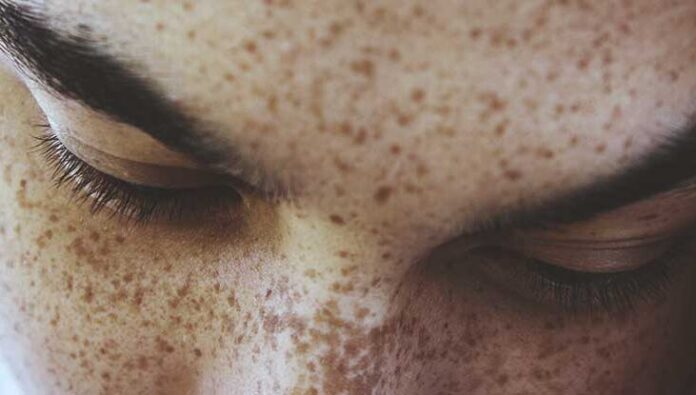 Freckles are flat and circular small spots of melanin that are located on the human skin in people who have a fair complexion. These spots develop randomly on the skin, especially after the affected person was repeatedly exposed to sunlight. Freckles may vary in color. They may be black, brown, light – brown, tan, yellow, and red. Usually, they are more often seen in the summer, especially among lighter-skinned people and people who have red or light hair. Both men and women have equal chances of getting freckles.

Ephelides and lentigines are the two basic types of freckles. Ephelides are having flat red or light–brown spots. Usually, they appear during the sunny months and they fade in winter. Lentigines are small black, brown, or tan spots. They tend to be darker than an ephelis–type freckle and they do not fade in the winter. Most commonly, freckles are found on the face. But, they can appear on any skin which has been exposed to the sun. Freckles are rare in infants. Freckles are very common among children 5 – 15 years. 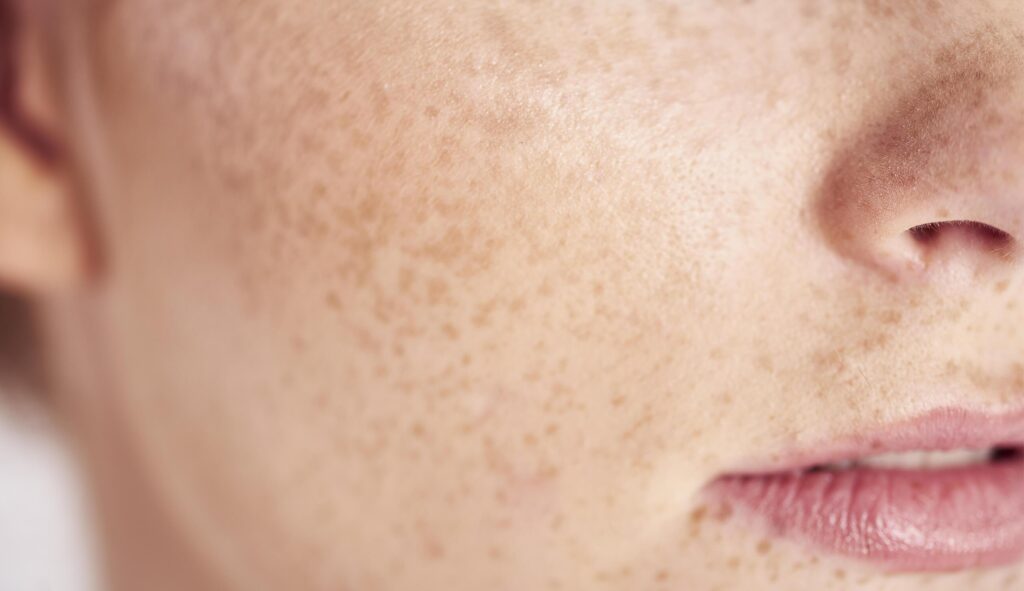 Freckles are harmless and do not need treatment. Sometimes, freckles can look similar to some types of skin cancer. If people notice changes in their skin, they need to see a doctor, who will be able to check the skin for anything unusual. People who have burns or fair skin have an increased risk of developing skin cancer. This is a reason why they need to take extra care when they go outside in the sun. You can increase your consumption of Vitamin C, so it will help you in your fight against freckles. If the color of your freckle is a variety of shades of tan, black or brown, then you need to see your doctor.

The most common symptoms of freckles include:

You need to talk with your doctor if you have any concerns about new marks or changes to their skin and they should see a doctor or dermatologist who can check the skin for anything unusual.

Some of the most common causes for freckles include:

This is one of the main causes of freckles. When the sun exposure is reduced or eliminated, then freckles will fade away. Our skin is producing extra melanin to protect the skin from sun damage. This is a reason why freckles tend to appear after sun exposure.

They can appear over a large area of skin and they can reappear or become darker in the summer months. Often, freckles fade or disappear in the winter months, when new skin cells replace old cells. Often, freckles develop in areas that are exposed to sunlight, such as the chest, back, neck, arms, and face.

Also, genetics play a role in who is more likely to develop freckles based on which type of melanin their body produces. Our bodies can produce two types of melanin – called pheomelanin and eumelanin. Pheomelanin does not protect the skin from UV rays, while eumelanin does it.