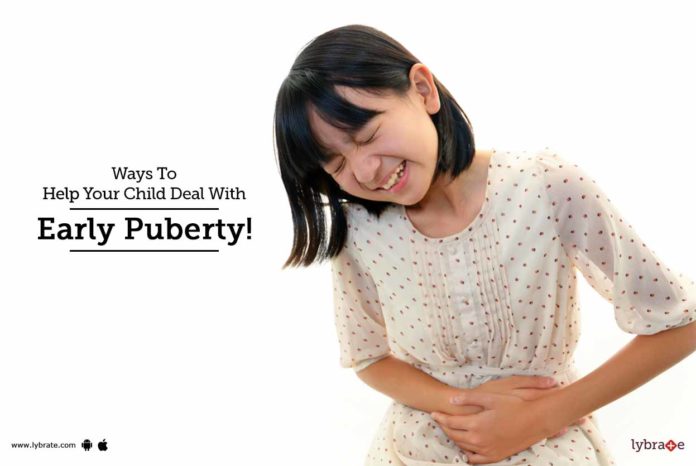 The signs and symptoms of early puberty in boys include deepening voice; facial hair and enlarged testicles and penis. Also, there are signs and symptoms which happen in boys and girls, such as adult body hair; acne; rapid growth and pubic or underarm hair. The most common causes for early puberty are tumors of the pituitary gland or brain; certain rare genetic syndromes; family history of the disorder and central nervous system abnormalities. There are some factors which can increase the risk of early puberty, such as being obese; being African – American; being a girl; having received radiation therapy of the central nervous system and having other medical conditions.

Children who had early puberty usually have low self – esteem which is increasing their risk of depression and substance abuse [1]. Also, these children often stop growing earlier than usual which is making them with short height. If your child is going through early puberty, then you should talk with his/her doctor before you give your child some of the below mentioned home remedies. 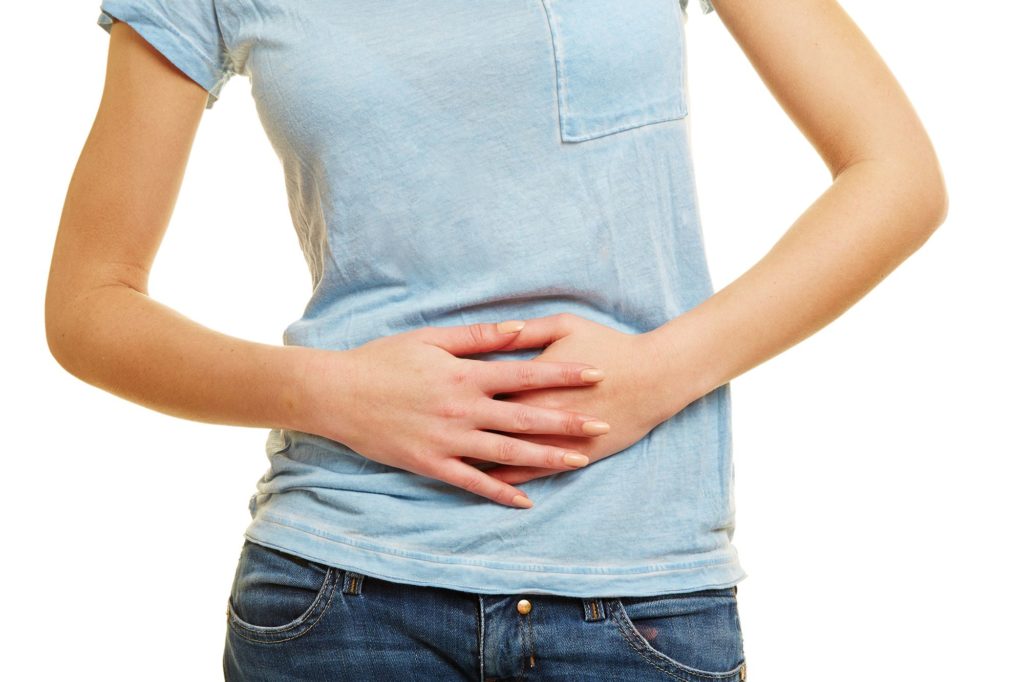 Reduce exposure to BPA: It is very important to buy organic food as much as possible and to minimize your child’s exposure to BPA. BPA is an industrial chemical which has been used to make certain plastics and it resins since the 1960s. You should avoid the usage of rigid plastics, such as water bottles and you should minimize the use of canned foods. [2]

The best choice for your children is water and no matter how much they hesitate, you should be an example for them and teach them that water is the best. When you are parent is very important to be a model for your child. This means that the habits which you should incorporate in your child’s life, should be practiced by you. Your child is making more things that you make and many times words do not have the power to explain but seeing your habits and your right lifestyle choices will make him or her to do it. You should eliminate white rice, potatoes, pasta and bread as much as you can from your child’s diet. It is very important to add good quality proteins and vegetables in their diets.

Cut the amount of TV: When your child is watching a lot TV, then he or she want constantly to snack, usually cookies and chips which are not healthy for them. Also, the long period watching TV is making them inactive. Both factors contribute to the obesity so you should stop it as soon as possible [3]. You should not give your child to watch TV as he or she wants to. You should reduce the amount of TV watching in half. You should add exercises in his/her life so in this way you will make your children healthier and happier. He or she can control his/her weight which means that his risk of getting in early puberty is decreased.

Limit exposure to phthalates: You should avoid the purchasing of products that have PVC or recycling #3 on them because they can increase the risk of early puberty.

Encourage physical fitness: It is very important to encourage your child to reach the optimum body weight according to his/her height. Your child should accomplish this through regular exercise and physical activity, such as yoga, cycling and jogging. There are some studies that in the US about 20% of kids are obese and this rate has tripled in the past thirty years. This trend corresponds to the earlier puberty. [4]

This is a reason why doctors are recommending regular physical activities starting from young age. In this way, your children will have decreased chances to be obese so he or she will have less chances of developing early puberty. You should talk with your daughter to help her feel comfortable in her body during the puberty. You should not feel embarrassed to talk with her. If you cannot find an appropriate way to talk about the puberty, then you can ask for your doctor’s advice. In this way you will have the support which you need to tell your children that you thought to tell but you were afraid to do it. If the early puberty of your children is happening due to some medical condition, then you should talk with her about this condition and tell her some ways in which she will feel comfortable.

Curtains: When children are in puberty, they want to shower more because they get the odor as adults. When you are buying curtains for your shower, you should remember that they should be fabric curtains otherwise they can have BPA so you are increasing the risk of your child to get in the early puberty.

Breast milk: If you are pregnant women and you are going to have a child, especially girl, it is very important to breast feed your child. There are many studies in which are shown that when children are feed with breast milk, especially girls are having rare chances to get in the early puberty [5]. These children have shown later onset of puberty. You should not doubt to breastfeed your child if you are able to do it.

Reduce stress: When your children are in stressful situations, then the stress can havoc on the endocrine system. Nowadays, we live in modern era where we live in stressful situations and the stress is not staying away from children. Some of the major stressors to which girls are regularly exposed are stress at home, school pressures, inadequate sleep, bullying and peer pressure. When we are in constant stressful situations, then we can be fatter. When we consume more fats, this means that the body is producing more estrogen and this is one of the biggest contributing factors in the early puberty. [6]

You should talk with your doctor to get help from her teacher and to tell you if their peers are bullying her and this makes her feeling stressful. You should encourage your girl to join a school or after school dance class, sport or other physical activity which can help her to reduce the stress and also she will enjoy in it. You should not let your girl to watch TV violence because this is only increasing her stress. You can teach your daughter to simple meditation or relaxation skills which can be done before exams, bedtime or in a stressful situations. She can breathe in and say “I am” and then inhale and say “At peace” and this should be done four times in a row. Also, she can count to ten with deep breathings and she will notice the difference.

Reduce consumption of dairy products: You should not give your child to eat many dairy products because it is considered as one of the biggest contributing factors to the early puberty, especially in girls. [7]

Include whole plant based food in the diet: If your girl is in early puberty, then you should be sure that she is getting enough whole plant based foods in her diet rather than just animal protein. This will keep your child’s protein range healthy and it will reduce the consumption of the animal protein. You should include many different natural plant foods, such as whole grains, beans, fruits, seeds and green vegetables.

Glass: It is very important to use glass when you want to reheat the food for your child. You should never reheat in plastic containers either they are BPA – free or not because chemicals can be still released.

[2] Leonardi A, Cofini M, Rigante D, et al. The effect of bisphenol A on puberty: A critical review of the medical literature. International Journal of Environmental Research and Public Health. 2017;14(9):1044.

[3] Al-Ghamdi SH. The association between watching television and obesity in children of school-age in Saudi Arabia. Journal of Family & Community Medicine. 2013;20(2):83–9.

[7] O’Connor A. The claim: Hormones in milk cause early puberty. The New York Times. 2005. Retrieved from www.nytimes.com/2005/03/08/health/the-claim-hormones-in-milk-cause-early-puberty.html