The motion sickness is a very common disturbance of the inner ear. It is caused by the repeated motion from a vehicle or any other movements that disturb in the inner ear. Some people can experience nausea and even vomiting when they are riding in automobile, airplane or amusement park ride. In one study done in 2013 was said that 3 – D movies can cause nausea. Generally, this condition is called motion sickness [1]. When you are riding on a ship or boat, then it is known as sea sickness, but it is the same disorder, which means that there is no difference between motion sickness and boat sickness.

They often go away once you get used to the situation, whether is a movement of a train or it is rocking of a boat. This usually goes away when the journey is over. But if you still feel dizzy, have a headache, continue to vomit, notice chest pain or hearing loss, then you should see your doctor as soon as possible. If the person is exposed to motion for an extended period (for example, during a journey at sea) or has repeated exposures, their brain can adapt in time to the repeated (constant) motion and they may no longer experience motion sickness. 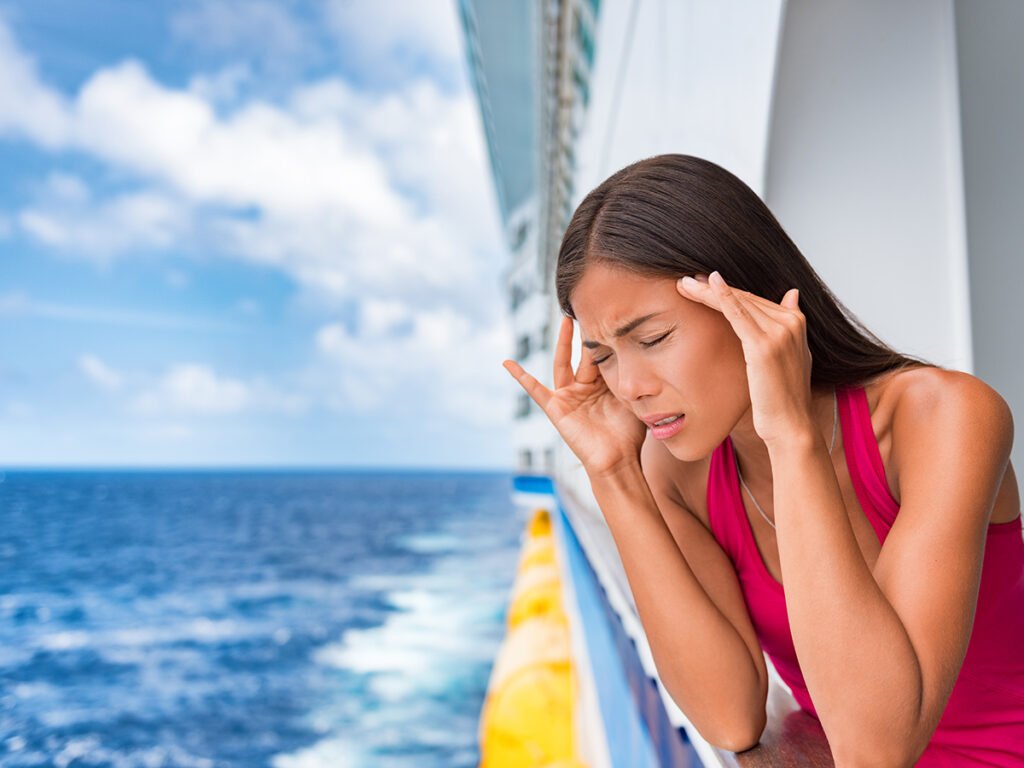 The serious symptoms of motion sickness [2] include:

Other common signs of motion sickness are:

The mild symptoms of motion sickness are categorized as:

The most cases of motion sickness are mild and life – threatening. It is noticed that the very severe cases and those that become progressively worse deserve the attention and care of a physician with special skill in diseases of the ear, balance (equilibrium) and the nervous system. Your doctor will ask about symptoms and he or she will find out what usually causes the problem (such as driving in a car, flying in a plane, riding in a boat) because in this way he or she will diagnose it. Usually, laboratory tests are not necessary to diagnose the motion sickness.

The motion is caused by the brain through different pathways of the nervous system, including the inner ear, the eyes and the tissues of the body surface. When the body is moved intentionally, for example when you are walking, the input from all of the pathways is coordinated to our brain. It is known that the symptoms of it happen when the central nervous system receives conflicting messages from the sensory systems: the inner ear, eyes, skin pressure receptors and the muscle and joint sensory receptors.

For example, if someone is sat on a boat or in a car (and he is not looking out of a window), their inner ears sense movements up and down, also left and right, but their eyes see a static view, as if they are not moving at all. It is said that the conflict among the input is responsible for it.

Most people can experience motion sickness, but there are some factors which can cause it more likely to happen, such as

[1] Solimini AG. Are there side effects to watching 3D movies? A prospective crossover observational study on visually induced motion sickness. PLoS One. 2013;8(2):e56160.