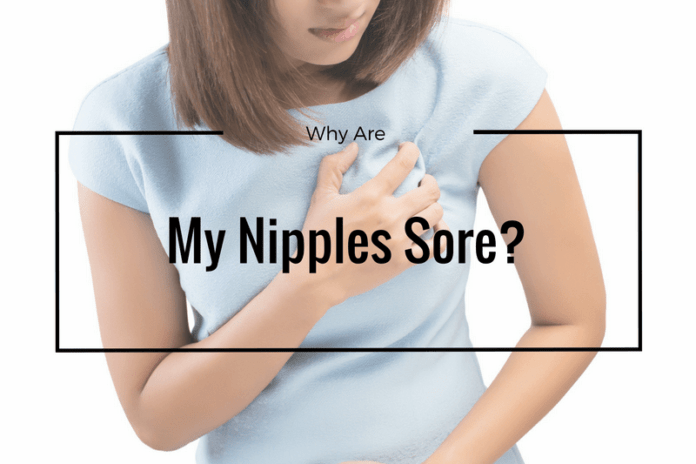 
The nipple pain may accompany other symptoms and they depend on the underlying cause. Also, some symptoms that affect the nipple can involve other body systems.

Nipple or breast symptoms that may happen along with nipple pain:

The nipple pain can be accompanied by other symptoms affecting the nipple, such as

Other symptoms that may happen along with nipple pain:

Nipple pain can be accompanied by other symptoms related to other body systems, such as

Symptoms that may indicate a serious condition:

There are some cases when the nipple pain can happen with other symptoms that may indicate a serious condition. The breast abscess can be a complication of mastitis and if it is left untreated, then it can spread into the bloodstream and cause sepsis and potentially leading to organ failure. If you have some of the below mentioned symptoms, then seek immediate medical care: 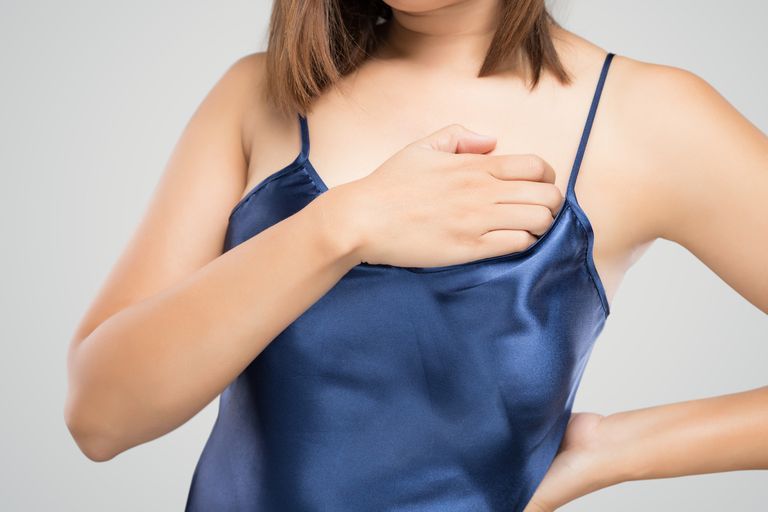 The nipple can happen as a normal symptom of the menstrual cycle as breasts and in some cases nipples in particular, become more sensitive with changes in hormone levels of estrogen and progesterone [2]. The irritation or surface abrasion caused from friction with fabric if you do not wear a bra or if you wear an ill – fitting bra can lead to nipple pain [3]. The breastfeeding is also another common cause for nipple pain [4]. Your nipples can easily become cracked and dry. If the nipple surface becomes cracked, then bacteria can enter and it can lead to an inflammatory disorder, which is causing breast pain and additional nipple pain.

In some cases, nipple pain can be caused by abrasions due to the friction, including:

Physical changes can lead to nipple pain, such as

There are some cases when the nipple pain can be a symptom of specific disorder, such as