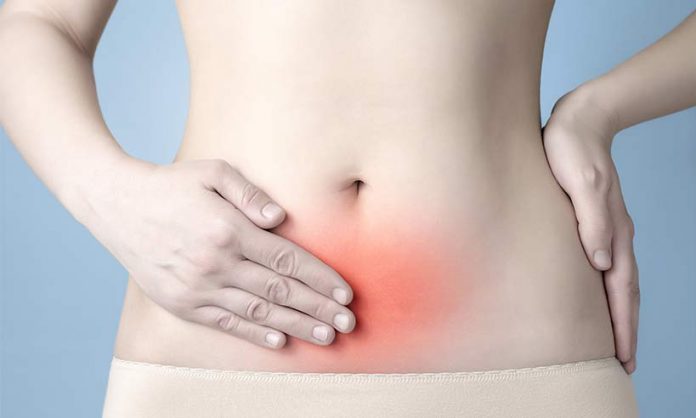 Endometriosis in many cases is a painful disorder. In this condition the tissue which normally lines the inside of the uterus (which is known as endometrium) grows outside the uterus. This condition most commonly involves the ovaries, fallopian tubes and the tissue lining the pelvis. There are rare cases when the endometrial tissue can spread beyond pelvic organs. When some women have the endometriosis (which is the displaced endometrial tissue), then it continues to act as it normally would it thickens, breaks down and bleeds with each menstrual cycle. This displaced tissue has no way to exit the body and this is a reason why it becomes trapped. When the endometriosis involves the ovaries, then the cysts may form (they are called endometriomas). The surrounding tissue can become irritated and it will eventually develop scar tissue and adhesions – abnormal bands of fibrous tissue which can cause pelvic tissues and organs to stick each other. This condition can cause pain especially during the period. In some cases it can be severe pain. Also the fertility problem can develop. But there are effective treatments which can help for treating endometriosis. 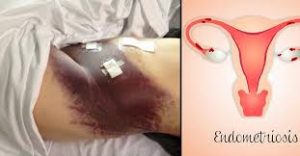 The severity of the pain that you have is not necessarily a reliable indicator of the extent of this condition. There are some women who have mild endometriosis and they have intense pain while other women who have advanced endometriosis can have little pain or even not pain at all. There are some cases when endometriosis is mistaken for other conditions which can cause pelvic pain such as ovarian cysts or PID (pelvic inflammatory disease). Also this condition in some cases can be confused with IBS (irritable bowel syndrome) which is a condition that causes bouts of abdominal cramping, constipation and diarrhea. Irritable bowel syndrome can be accompanied with endometriosis which can complicate the condition.

Causes: The exact cause for endometriosis is not known but there are some possible explanations such as:

The health benefits of this essential oil can be attributed to its properties as stimulant, restorative, insecticide, emmenagogue, cephalic, carminative, antispasmodic and antiseptic substance....
Read more

We know that the HIV is a virus which is affecting the immune system, specifically the CD4 cells. The CD4 can help to protect...
Read more

Itchy skin is a very common condition which can affect every single person. Depend on the severity, this condition can be mildly annoying or...
Read more

Laryngitis is a result of inflammation of your vocal cords, known as larynx. This condition is usually caused by a viral or bacterial infection...
Read more

A concussion is a traumatic brain injury which affects the function of your brain. The effects of this condition are usually temporary but also...
Read more