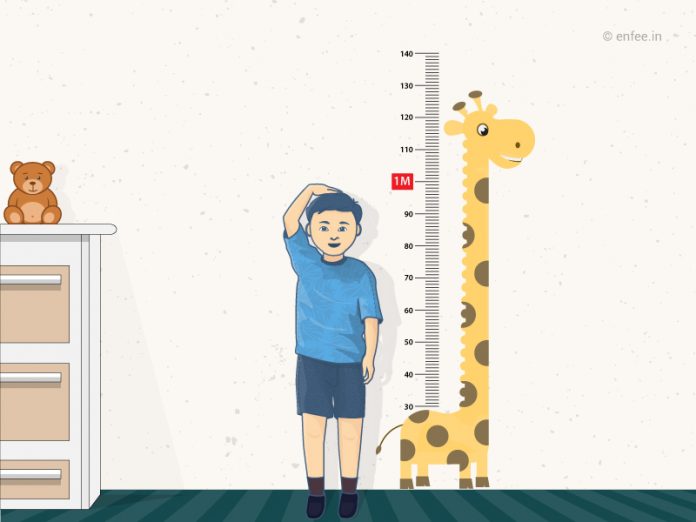 Growth failure refers to abnormally slow growth that will not reach the genetically expected adult height while the short stature compares an individual’s height to a reference group. These conditions can happen often together but not always. For example, a child may have growth failure without having short stature which means, for example, height percentile for age falling from 90th percentile to 50th percentile. Likewise, a child may have short stature, for example, height 5th percentile of other children his/her age and gender, without having growth failure. Many people are asking themselves are there any medical issues which are associated with children who are very short but otherwise healthy. You should know that the short stature is not a disease. Also you should know that there are some underlying diseases which are associated with children who are unusually tall. Also if you have children who are inappropriately tall for your family, then he or she should be evaluated. The medical term which is used for the late bloomers is the constitutional growth delay. These people are healthy and they reach normal adult heights but they grow later compared to other children. The idiopathic short stature refers to short stature without knowing the identifiable cause. The FDA has approved growth hormone therapy for children who have idiopathic short stature. The height cut – off is the bottom one percentile for age.

Should parents expect their children to reach a final height between the heights of them both?

It is known fact that the average height for man in the United States of America is 5 inches taller than the average woman and this is a reason why we cannot just take the height of parents without correcting for gender of their children. Children usually reach a height which is plus or minus four inches of the average height percentile of their parents. This is telling us that the environmental effects on growth, including disease and nutrition, remain similar in the both generations.

How often parents should measure their children?

There are some doctors who have said that the child’s height and weight should be measure at least at birth, age two to four days, 1, 2, 4, 6, 9, 12, 15, 18 and 24 months and every year thereafter through age 21. Many diseases such as gastrointestinal, heart, kidney, hormonal and infectious diseases can present with growth failure months or years before other symptoms develop so this means that the overlooking growth failure as a clinical clue which can lead to delayed diagnosis and treatment. This can adversely affect the outcome and this is not only for the height but also it is for the underlying disease but also for the overall health of children. When there is a long – standing untreated and unrecognized celiac disease and an intolerance of proteins which are found in wheat, then this can predispose the development of other autoimmune conditions. When you are delaying the treatment, then this can adverse the effects of the height outcome because the growth of children cannot be further improved once when the growth plates fuse at the end of puberty. There are some cases when doctors will try to delay the puberty to allow more time for growth but also there are bone health and psychosocial costs to delaying puberty for years beyond normal. Whether it is a condition requiring growth hormone therapy or a disease whose improvement leads to catch – up growth, the final height outcome is better when the treatment of children is started at younger ages.

There are many people who are asking themselves if girls are more likely than boys to have underlying diseases which can cause growth disparities?

There are some studies in which is said that girls are not more likely than boys to have underlying diseases which can lead to growth disparities. Also there was another study in which doctors were looking at children referred to a specialty clinic and not the general population and in this study was found that underlying disease in a higher percentage of abnormally short girls than boys.

How to control your anger naturally and improve relationships…

There are many circumstances beyond our control and we result with anger. This is a state of mind that is reflecting emotional or dissatisfaction...
Read more

Zaatar have high amounts of copper, magnesium, iron and calcium

There are many spices around the world which are healthy for our whole health like zaatar. But also there are other spices which should...
Read more

Eczema Eczema is a general term that can be meant for any superficial inflammatory process which is involving the epidermis in the first place. In...
Read more

The esophageal stricture is a gradual narrowing of the esophagus which can lead to swallowing difficulties. It is noticed that doctors diagnose the esophageal...
Read more