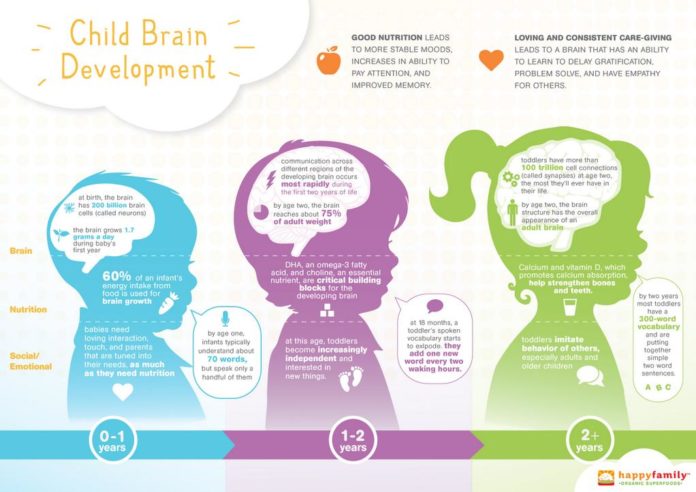 Scientists are interested how brain is developing and which factors are having the biggest influence on brain development. When someone is not born, then the human brain is spending many months when it is producing the nerve cells and also it is putting connections between them. Scientists are trying to understand the function of the brain and when our brain is healthy. When they known their answers, then they know what is changing in their brain and which the reason for the brain injury or disorder is. Also those people are using advanced technology which is telling them which is the key molecule for formation process of nerve cells. Also they can see how they are connecting and which chemicals are they using in the brain development. One day this technology will help them to help people who are suffering from brain damage from injury or strokes and also it can help them to give the right medical therapy for people who are suffering from Alzheimer’s disease.

factors such as environment, child’s relationship and experiences. The human brain starts to develop just three weeks after the conception (this is early in prenatal life) but as we know this is long – term process. This is long – term process because the same events which are responsible for the shape of the brain are also responsible for storing new things and information such as memories and new skills which people are achieving through their life. There is also a difference between the brain development in a child and brain development in adult because when the brain is developing in children, then the brain is plastic. This is a medical term which is used by neuroscientists which means that the brain in children is more impressionable than the brain in adults.

This process has advantages and disadvantages. One advantage is that when brain is developing in children, then they have more abilities to learn new things and to enrich influences. One disadvantage is that children are having more chances to get problems in their brain development which are caused by their environment. Neural circuits are processing information through the flow of electricity which means this circuit is having many parts such as cognitive, sensory, emotional and motor part. Every experience such as reading a book, riding a bicycle, sharing a joke or when some children is seeing the rainbow for the first time, then this is exciting some neural circuits while other parts of the neural system are staying inactive. In this case some parts of out brain are strengthening while other parts of our brain are staying inactive. [2,3]

When we hear about the elimination of the unused neural circuits, then this sounds like a bad term but in fact this is a very good process. This will make the other parts of out brain to work more active and they will have more efficient work. There are many debates of the age when the brain is fully developed. In the past people were thinking that the brain is developing from mild to late teen years. Then, it comes another study in which was shown that brain is developing until the age of 20. Nowadays scientists are thinking that is developing to mid – 20s or until the 30s. But the age of 25 is the age till our brain is developing and all previous made decisions are having parts in the brain development [4,5].

Above are some of the few facts on Brain development.