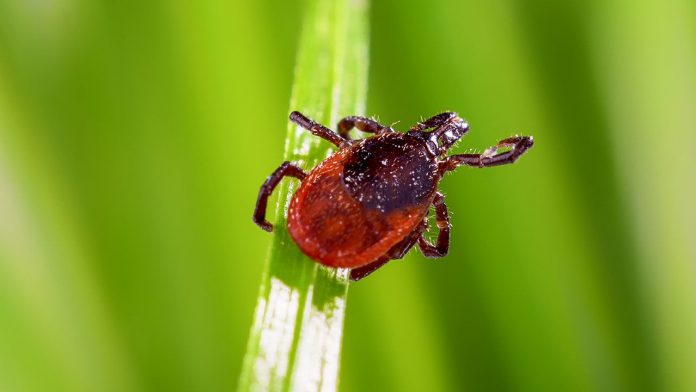 In these regions, the most common tick – borne illnesses is the Lyme disease and it is transmitted by the bite of an infected black – legged tick which is commonly known as a deer tick. If you live or you spend time in grassy and heavily wooded areas where ticks are carrying the Lyme disease thrive, then you have increased chances of getting Lyme disease. This is a reason why you should take common – sense precautions in the tick – infested areas.

It is known that the signs and symptoms of Lyme disease can vary so they usually appear in stages but the stages can overlap.

The deer ticks or black – legged ticks are carrying the four types of bacteria – Borrelia burgdorferi, Borrelia mayonii, Borrelia afzelii and Borrelia garinii. The young and brown ticks often are no bigger than a poppy seed so it is hard for you to spot them. The infected deer tick must bite you so in this way you will get the Lyme disease.

The bacterium which the tick has to enter your skin through the bite and this can make its way into your bloodstream. It is known fact that in the most cases to transmit the Lyme disease, the deer tick must be attached on your body for 36 – 48 hours. If you have noticed a tick that looks swollen, then it may have fed long enough so it transmits bacteria. You should remove the ticks as soon as possible so in this way you can prevent infection.

Here are the most common risk factors for Lyme disease:

The untreated Lyme disease could lead to: