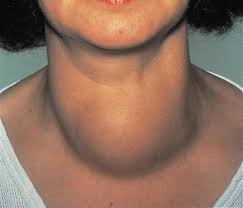 This is an abnormal enlargement of the thyroid gland. We know that our thyroid is butterfly – shaped gland which is located at the base of the neck just below the Adam’s apple. Goiters are usually painless but a large goiter can cause a cough and it can make difficult for you to breathe or swallow. A lack of iodine in the diet is the most common cause of goiter all around the world. In the United States of America where the use of iodized salt is very common, a goiter is more often due to the underproduction or overproduction of thyroid hormones or due to the nodules which develop in the gland itself. [1] The treatment for this condition depends on the size of the goiter, the underlying cause and the symptoms. Small goiters are not noticeable and they do not cause problems. Usually small goiters do not need treatment. 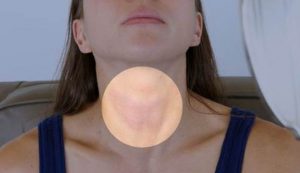 Risk factors: Goiters can affect every single person. They are present at birth and they can happen at any time throughout the life. Here are some common risk factors for iodine: