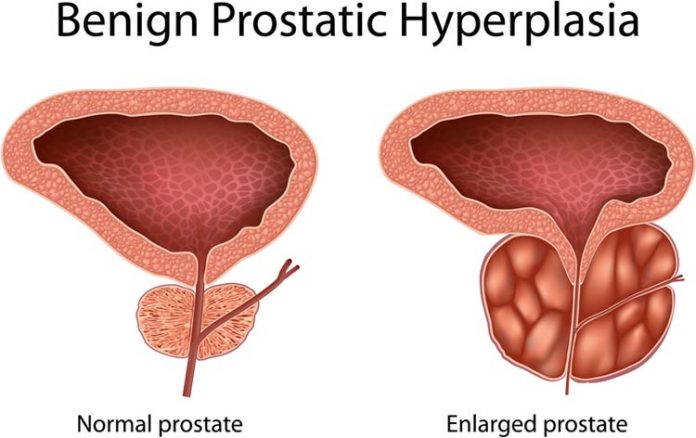 There are many males who all their lives have slept like a stone. But nowadays, they have an annoying trip to the bathroom every night, which can be happening once or twice per night. It is known fact that for most men, these nightly bathroom runs can be first signs of enlarged prostate. Also they can have other symptoms like trouble starting a stream of urine, leaking or dribbling. Doctors are saying that enlarged prostate is like the gray hair, which means it is a natural by – product of getting older. The trouble is that the nightly bathroom runs become more frequent which can eventually end its way into the daytime routine. There are some doctors who are saying that these people cannot sit through a meeting or a plane flight without getting up. This is a very annoying feeling and when they have to go, then they really have to go. This type of problem has several names –such as benign prostate hyperplasia (simply BPH) or enlarged prostate. There are some studies in which are said that the most common problem for men over 50 is enlarged prostate. When people are aged 60, then over ½ of men have BPH and by the age of 85, this percent is increased to 90%.

It is known that in men, the urine flows from the bladder through the urethra. Benign prostate hyperplasia is noncancerous (benign) enlargement of the prostate which blocks the flow of the urine through the urethra. The prostate cells gradually are multiplying which is creating an enlargement that is putting pressure on the urethra which is the “chute” through which semen and urine exit the body. As your urethra narrows, then your bladder has to contract more forcefully to push your urine through your body. As the time passes by, your bladder muscles may gradually become thicker, stronger and overly sensitive and it begins to contract even when it has small amounts of urine which is causing a need to urinate frequently. There can be some cases when eventually the bladder muscle cannot overcome the effect of your narrowed urethra so the urine remains in the bladder and it is not completely emptied. Here are some symptoms of enlarged prostate:

When your bladder does not empty completely, then you are having a risk of developing urinary tract infections. Also there are other serious problems which can develop over time, such as acute urinary retention (an inability to urinate), incontinence, blood in the urine and bladder stones. If you have a sudden and complete inability to urinate, then you should know that this is a medical emergency and in this case you should visit your doctor as soon as possible. There are rare cases when bladder and/or kidney damage which can develop from benign prostate hyperplasia. 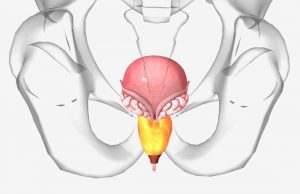 It is known that the prostate gland usually has a size of walnut. It wraps around the urethra between the public bone and the rectum, below the bladder. When someone suffers from enlarged prostate and it has the early stage of prostate enlargement, then his bladder muscle becomes thicker and it forces the urine through the narrowed urethra by contracting more powerfully. As a result of this, the bladder muscle can become more sensitive which is causing a need to urinate more often and more suddenly. Your prostate is growing larger due to an increase in the number of cells. The exact cause for this is not known. There are many different factors which can be involved such as estrogens, androgens (male hormones) and growth factors and other cell signaling pathways. There are some studies in which are known that as the prostate is growing larger and the urethra is squeezed more tightly, then your bladder is not able to fully compensate for the problem and completely empty. Also there can be some cases, when the blockage from the prostate enlargement can result in stagnation and backing up of urine which in turn can cause repeated urinary tract infections, bladder stones, bladder diverticulae and gradually result in kidney or bladder damage.

This type of cancer is affecting the largest organ of out body which is protecting against injury and infection. We know that our skin...
Read more

Bed bugs are small, oval and brownish insects that live on the blood of humans or animals. Adult bed bugs have flat bodies and...
Read more