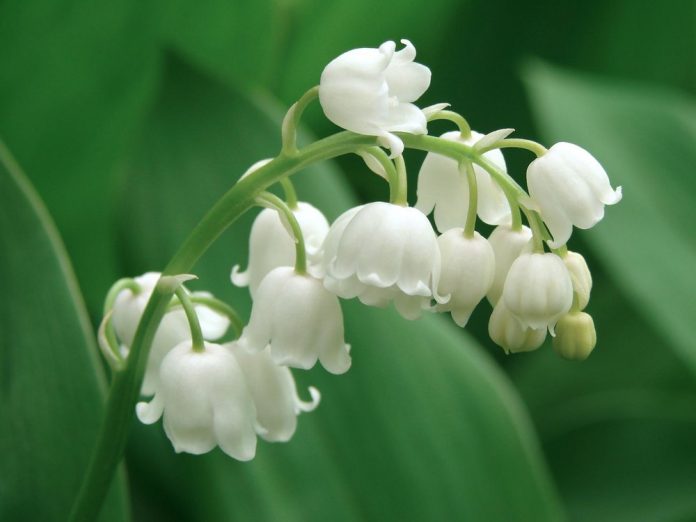 Lily of the valley is sweet – scented flowering plant which symbolizes vision of a better world, humility and happiness. Lily of the valley is also known as Convallaria majalis. It is herbaceous perennial plant. It is native to North Asia, North America and England. There are many myths and legends which are associated with the lily of the valley. In the Christian mythology was said that the flowers of this plant represent the tears of Virgin Mother Mary. In the Greek legend, was said that the lily of the valley was given by Apollo (the Sun God) to Aesculapius (the great healer). It has medicinal and health benefits. Brides are wearing wedding bouquets made by these sweet and beautiful flowers because they can lead to good luck and prosperity in the married life. If you use it in excess amounts, then it could lead to dehydration and gastrointestinal irritation. Also it can cause abdominal pain. If you overdose with the lily of the valley, then it could lead to cardiac failure. Lily of the valley should never be consumed during pregnancy and lactation because it can affect the baby. The red berries of lily of the valley are highly poisonous and they should never be consumed.

Some health benefits of lily of the valley:

Keeps digestion healthy: It is known that the lily of the valley can be used as a substitute for aloes because it has laxative and purgative qualities. This will keep the body’s digestive process smooth.

Antipyretic properties: This plant can decrease the heat production in the body by reducing circulation rate. Also it is used as natural treatment for fever.

Treatment of angina pectoris: This natural cure can be used to lessen the chest pain caused by a lack of oxygen in heart muscle and by spasms of the coronary arteries.

Treatment of chronic lung diseases: The lily of the valley can be used for the treatment of COPD (chronic obstructive pulmonary diseases) like asthma and emphysema. Also it can be used to make medicines for pulmonary edema which if it is left untreated, then it could lead to congestive failure. 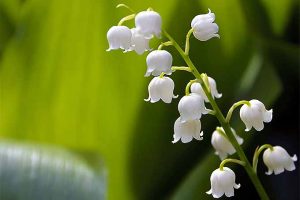 Health benefits of lily of the valley

Heart diseases: It is known that lily of the valley is acting as cardiac tonic agent. It is known that lily of the valley is safer for the treatment of heart ailments of elderly people compared to digitals or foxglove. Lily of the valley is combined with motherwort and hawthorn for these purposes. Also this herb can help to treat congestive heart failure, dropsy, cardiac debility and valvular heart disease. It has flavonoids which can stimulate the arteries and help in dilation of blood. It has diuretic properties which can help to lower the blood pressure level. Lily of the valley is useful in the treatment of arrhythmia because it is increasing the muscular action of the heart while at the same time it will slow down and regulate the heartbeat rate.

Lightens skin tone: The flowers of lily of the valley are infused with water to prepare a tonic called aqua aurea. This tonic was used for skin lightening for so many years. Also it is acting as skin astringent.

Reduces scars: You can use ointment made of lily of the valley for treating burns and other without leaving any scars. It can help in the healing of scar tissue quickly and effectively.