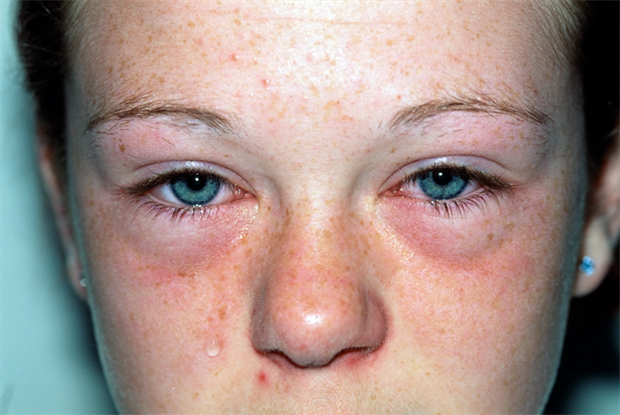 Hay fever is also known as allergic rhinitis. This condition is caused by the body’s response to some allergens and other substances. There are some studies in which are shown that about 15 – 20% of the United States population suffer from hay fever every year [1]. It can affect both men and women. Also it is common among small children and infants. The most common allergens that cause hay fever are mold, cat saliva, animal dander (old skin), dust and pollen. Also there are other factors which can trigger hay fever such as fumes, wood smoke, high pollution, humidity, cold temperatures, exposure to chemicals and cigarette smoke. When your body comes into contact with these allergens and other triggers, then it releases histamine into your system. This chemical is affecting the mucous membranes of the palate, eyes, throat, nose and sinuses which is causing cold – like signs and symptoms. Symptoms of hay fever include: itchy skin, excessive fatigue, frequent headaches, hives, watery eyes, sore throat, coughing, itchy nose, stuffy nose, runny nose and sneezing. This condition is not considered as a serious ailment but it can interfere with the quality of your everyday life. There are nasal sprays, decongestants and over – the – counter antihistamines which can help you to reduce the symptoms of hay fever [2]. Also you can use some home remedies which can give you a quick relief and they are inexpensive. You need to talk with your doctor before you start taking some of the below mentioned home remedies for hay fever because we do not guarantee you that they will help you.

Nettle: Nettle is also a very effective home remedy for hay fever. It is natural antihistamine which can help to reduce the inflammation of the upper respiratory tract and it can ease the itching, sneezing, coughing and nasal congestion. You should mix one tablespoon of dried nettle leaf in one cup of hot water. You should steep for 5 minutes, strain it and then add a little honey. You should drink this home remedy 2 or 3 times per day until the symptoms of hay fever are gone. If you cannot find nettle leaf, then you can take nettle capsules after you have talked with your doctor. If this natural cure is taken on regular basis one month before the allergy season, it can help to prevent the hay fever. [4,5] 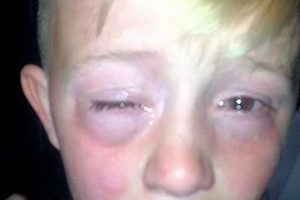 Garlic: This is natural antibiotic which can effectively ward off several symptoms of hay fever. Also this home remedy has quercetin which is a natural antihistamine. It has antiseptic and antibacterial properties which can help to promote quick recovery [6]. You should chew 2 – 3 raw garlic cloves for 1 or 2 weeks to combat the symptoms of hay fever. Also you can try garlic soup. To make this soup, you should boil 3 or 4 cloves of chopped garlic in one cup of water for ten minutes. You should strain it add some honey in it. Drink this home remedy two times per day for at least one week. If you do not like the taste or strong smell of the garlic, you can take garlic supplements after you have talked with your doctor.

Ginger: This is a very effective home remedy for hay fever. It can strengthen the immune system and also it is acting as a natural antihistamine. It has powerful anti – inflammatory properties which can help to reduce the nasal swelling and other symptoms of hay fever. You should chew small pieces of fresh ginger root sprinkled with salt several times per day to get a relief from cough, runny nose and even headache. Also you can drink 2 to 3 cups of ginger tea on daily basis to get a fast recovery. To make the ginger tea, you should add one tablespoon of grated ginger to one cup of water and boil it for 5 minutes. You should strain and add a little honey and lemon juice. You should drink the ginger tea while it is still warm. [7]

Local honey: Honey has bee pollen which is making it one of the best home remedies for hay fever. Also honey can desensitize your body’s immune system to other pollens. It has anti – inflammatory and antibacterial properties which can give you relief from many symptoms of hay fever. You should use local harvested honey for protection against pollens in your area. This will give you the best results. You should consume 1 or more teaspoons of raw and unprocessed local honey 3 or 4 times a day because it will help you to get a relief from symptoms. Also you should know that if you eat raw local honey daily before the hay fever season, it can prevent this condition. Also you can mix 3 or 4 drops of fresh lemon juice with one tablespoon of honey in one glass of warm water and drink it immediately. You should do this natural treatment 2 times per day because it can help to strengthen your immune system and fight off the symptoms of hay fever very quickly. [5]

Steam: This is a very effective home remedy which will give you a relief from the symptoms of hay fever such as sneezing, sore throat and runny nose. Also it can help to clear out the excess mucus that is causing sneezing and runny nose. You should add a few drops of menthol crystals or eucalyptus oil to a bowl of hot water. You should cover your head with a towel and hold your face over the bowl. You should carefully inhale the steam for about ten minutes and then blow your nose. You should follow this home remedy 3 or 4 times per day until you get complete recovery.

Salt water: This is a very effective home remedy for alleviating the symptoms of hay fever. It can thin the mucus and it will clear the nasal passages. Also it can give you a relief from a sore throat. You should mix ½ teaspoon of table salt in 2 cups of warm water. You should tilt your head back and then put a few drops of this home remedy into each nostril using a dropper. You should inhale slowly and then blow your nose to remove the excess mucus and home remedy. Repeat this natural treatment 2 times per day until your condition improves. Also you can mix one teaspoon of table salt in one glass of warm water and use this home remedy to gargle. You should follow this natural treatment a few times per day until you get a relief. [8]

Onion: This home remedy is a good source of quercetin which is a natural anti – inflammatory and antihistamine and it can effectively reduce symptoms of hay fever such as sore throat, runny nose and cough. You should chew freshly cut onion slices and you should swallow them slowly. You should do this throughout the day until you notice improvements in your condition. Also you can add 3 – 4 tablespoons of onion juice to one glass of hot water. You should use this home remedy for gargling several times per day until you feel better. Also you can mix together ½ teaspoon of onion juice and one teaspoon of pure honey. You should take this home remedy at least two times per day in a period of few days to alleviate the symptoms of cough and sore throat. [5]

Turmeric: This home remedy has a curcumin which is a phytochemical that has anti – inflammatory and antioxidant properties which can give a relief from the symptoms of hay fever. Also it can help to eradicate allergens from your body and it will aid in faster recovery. You should mix one teaspoon of turmeric powder in one glass of warm milk. Drink this home remedy two times per day in a period of one or two weeks. [9]