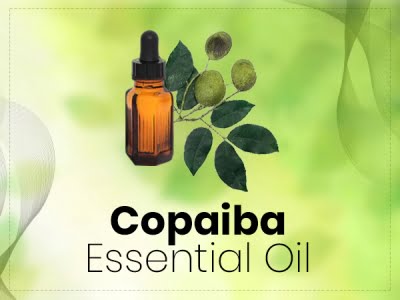 Copaiba essential oil has inspired many practitioners of traditional medicine for centuries. This essential oil is also called copaiba balsam essential oil. It comes from the resin of the copaiba tree. The copaiba resin is a viscous substance that is composed of timber that belongs to the Copaifera genus, which grows in South America. Sweet and woody are the scents of the copaiba oil. This oil can be found in perfumes, soaps, and many different cosmetic products.

You should always make a patch test on a small area of your body before you use the copaiba essential oil on larger areas, so you will know if it will cause you side effects. If you are nursing, pregnant, you currently take medication or you have an ongoing medical condition, then you should talk with your doctor before you add the copaiba oil as your natural treatment. Here are some health benefits of copaiba oil: 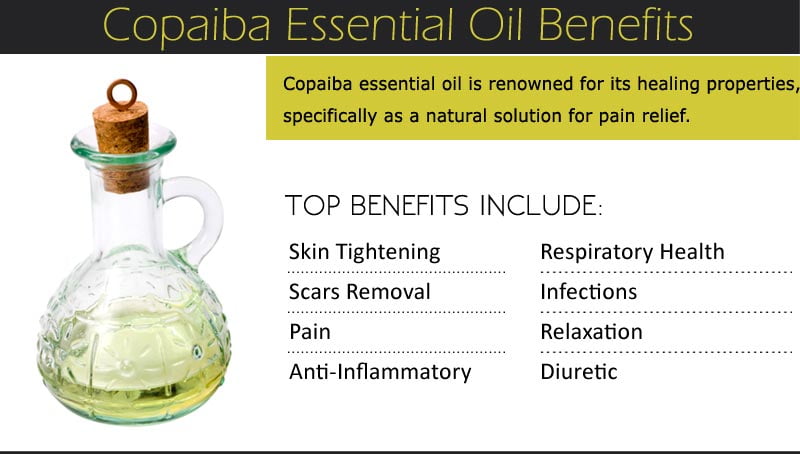 There are not a lot of studies for this use of copaiba oil, but it is commonly used in diffusers for its calming effects. It has a sweet and woody scent, which can help to ease tensions and worries after a long day or it can help you to wind down before you go to bed.

Also, these results specifically showed that  copaiba oil demonstrated a peripheral and central pain-relieving effect, which makes it useful in the treatment of many health disorders which involve ongoing pain management, such as arthritis. One study done in 2017 on people who have joint pain and inflammation and who used this oil as their natural treatment have reported that they have positive results. But, it should be done a lot more studies on the effects of this oil on arthritis, so doctors will be sure how it reacts to people.

One study done in 2012 was shown that this oil may have anti-inflammatory and neuroprotective properties which follow the acute neural disorders with intense inflammation reactions that happen including brain/spinal cord trauma and stroke.

In this study were used animal subjects with acute motor cortex damage. Scientists have found that the internal COR treatment-induced neuroprotection because is modulating the inflammatory response which is following acute damage to the central nervous system. The copaiba oil has shown anti-inflammatory effects. Those who were given just one 400 mg/kg dose of COR have decreased damage to their motor cortex by about 39%.

In some studies are shown that some varieties of copaiba oil have impressive anti-inflammatory properties. This is very helpful when we know that inflammation is one of the main causes of many different problems nowadays.

One study done in 2013 was shown that copaiba oil can help to reduce liver tissue damage which is caused by commonly used conventional painkillers like acetaminophen. In this study, this oil was given to animal subjects either before or after they were given acetaminophen in a period of 7 days.

It was shown that copaiba oil can reduce liver damage when it is used in a preventative way. But, when this oil is used as a treatment after the pain killer administration, then it has undesirable side effects and increased bilirubin levels in the liver.