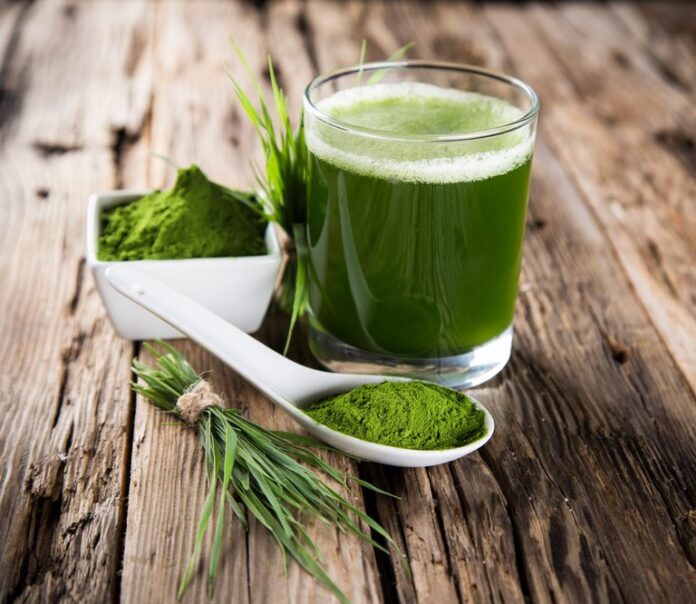 Wheatgrass is a young grass of a common wheat plant. The scientific name of it is Triticumaestivum. It is rich in vitamins and nutrients that are needed for the human body. When the wheatgrass is made in the form of wheatgrass juice, then it has a high content of active enzymes, vitamins, and chlorophyll. It will give you more energy by providing nutritional deficiencies and eliminating wastes that clog the cells, tissues, blood, and organs.

In some cases, people can report side effects after the consumption of wheatgrass juice, such as diarrhea, nausea, and headaches. The wheatgrass juice should be avoided by pregnant women and lactating mothers.

Here are some health benefits of wheatgrass juice:

The wheatgrass juice has chlorophyll which can supply sufficient oxygen to the body. Every single person knows about the necessity of oxygen for brain function. Wheatgrass juice is very beneficial for people who suffer from Alzheimer’s disease due to its antioxidant properties. Also, it has a significant reduction of oxidative stress and promotes catalase and superoxide levels.

There are some studies done on patients with a blood disorder known as thalassemia and it has been shown that wheatgrass juice can help to reduce the blood transfusion requirements. Also, the wheatgrass juice promotes the amount of oxygen in the blood which can stimulate blood circulation.

Mineral and vitamin deficiencies are causes of painful or irregular menstruation. The wheatgrass juice has impressive amounts of vitamins and minerals and it can help to ensure to meet the lack of any of these nutrients.

In a glass of wheatgrass juice, there is enough power to assist the body to form red blood cells which are supplying oxygen to the body. Also, they can help to lower the carbon mono oxide by preventing the chances of cancer. The wheatgrass juice has high amounts of enzymes which can prevent tumors. Also, it encompasses 17 amino acids and protein to help to form muscle tissue, clot blood, and repairs cells.

The wheatgrass juice has high amounts of protein and enzymes which can promote energy levels. Also, it has chlorophyll which combats harmful bacteria in the body and builds immunity. In a glass of wheatgrass juice, there is 70% chlorophyll. This component can help to protect internal organs, such as the lungs from heavy metals, smoking, and pollution.

Wheatgrass juice is very helpful for weight loss. Also, it can help to eliminate toxins from the body. It can help to manage the thyroid gland and this can slow down metabolism, which is a reason for weight gaining.