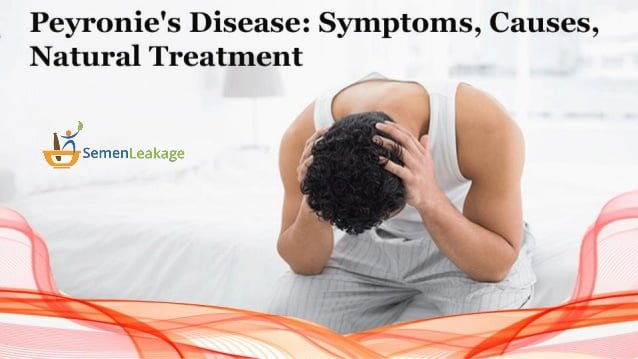 We know that problems with the sexual organs are not always the easiest things to discuss. If you suffer from them you will have difficulty with having an erection or the pain can accompany the erection. Plaques or fibrous lumps are appearing when the scar tissue develops in the penis. As the time passes, this is causing the penis to curve abnormally and it leads to symptoms that you may be familiar with, such as lumps on the penis, difficulty having an erection, and painful erections. The exact cause of Peyronie’s disease is not known, but an infection in the penis, an autoimmune response, or an injury to the penis can lead to it. Also, the genetic abnormality which is affecting the regulation of collagen which is a protein present in the connective tissue. This disease is usually seen in the middle age or older men. This condition can resolve on its own in most cases and this depends on your symptoms your doctor can advise you to take medications to reduce scarring which depends on your situation. If you suffer from Peyronie’s disease, then you need to talk with your doctor before you start using some of the below-mentioned home remedies.

Bromelain is found in pineapples. This is a mix of enzymes which are present in the pineapple and this helps in the digestion of protein. This enzyme stimulates collagenase which is an enzyme that is responsible for breaking down collagen. When you are taking bromelain, then this can slow down or reverse the buildup of tissue that people find in Peyronie’s disease. You should take 80 – 320 mg of bromelain, two or three times per day and this is considered a safe natural treatment. Usually, it is not advised to take bromelain for more than 8 – 10 days at a time. You should talk with your doctor about the appropriate dosage for you. This natural cure can cause mild side effects, such as nausea and diarrhea. It can increase the chances of bleeding during surgery so you should not take it for a period of at least two weeks before a procedure. [1]

It is known that this herb which has been traditionally used in Asian countries to treat many different conditions, ranging from psoriasis to sexual issues. Also, it is used in the treatment of problems linked to the development of fibrous tissues and this is a reason why it can help you if you suffer from Peyronie’s disease. You can find this herb in capsule and tincture form. Also, you can brew a tea from dried leaves and use it 3 times per day. But before you start using it, you need to talk with your doctor to see if any medication that you are taking will interact with the Gotu kola. Also, you should talk with your doctor about the long–term (over 6 weeks) use of this natural cure. This natural cure can harm your liver and it has been linked to tumors in mice so people with cancerous or precancerous skin lesions or with liver conditions should not take it. There are many herbalists who are recommending the Gotu Kola and Vitamin E for topical application.[2] 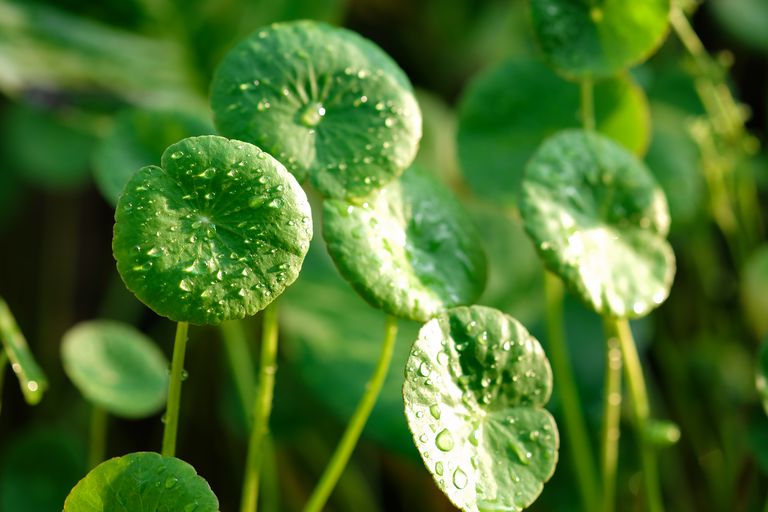 We know that Vitamin E is a strong antioxidant. It has been recommended as a natural treatment for preventing plaque from forming in people who suffer from Peyronie’s disease. It is thought that it is beneficial to take around 100 mg of Vitamin E, 3 times per day for a period of 4 months [3]. But there are no studies to confirm this so you need to talk with your doctor before you start taking it. It was found that when the Vitamin E is taken in a combination with a compound known as colchicine is effective at tackling Peyronie’s disease. It was found that this combination can reduce the plaque size and penile curvature as well as the pain. You should not take this home remedy without talking with your doctor. Colchicine is a strong alkaloid. It naturally happens in Colchicum haussknechtii which is a plant commonly known as autumn crocus. This natural cure is extremely toxic so this is a reason why it should not be taken without a prescription.

This is a substance which is present in almost all your body cells. This is a potent antioxidant which helps to transform the food into energy and it can be helpful for people who suffer from Peyronie’s disease. In one study was said that people who suffer from Peyronie’s disease and who were taking 300 mg of Coenzyme Q10 on daily basis for a period of 24 weeks have noticed improvements in the erectile function and it reduces the plaque size and penile curvature. Also, it was found that it can prevent the progression of Peyronie’s disease. You can consume whole grains, liver, and oily fish such as salmon and tuna because they have C0Q10 as their component. Also, you can consume it in supplement form but talk with your doctor before you start taking it.

This is an amino acid which is required by the body to make proteins. It is obtained from the food that we eat. This amino acid is also beneficial for people who suffer from Peyronie’s disease. This amino acid is converted into nitric oxide by your body and this chemical is very important for reducing the formation of plaque. There are some studies in which is said that the inhibition of inducible nitric oxide synthase (this is an enzyme which is playing a role in the formation of nitric oxide) can exacerbate the scarring of the connective tissue by increasing the synthesis of collagen. One study found that when L – arginine was administered for 45 days in the drinking water of rats who had been induced with a plaque which is the same found in people who suffer from Peyronie’s disease, then it reduced the plaque size by 80 – 95%. You can find the L – arginine in fish, dairy products, red meat, and poultry. [4]

It can be used as a natural treatment for Peyronie’s disease. It can reduce the inflammation and swell in the penis. Also, it supports the natural healing process and enhances the absorption of the scar tissues and it reverses the curvature of the penis. Also, it acts as an antioxidant preventing damage to the penis due to free radicals.

This is a substance which is derived from a protein which is present in almost all body cells. One study found that people who suffer from Peyronie’s disease and who took 1 gram of acetyl L – carnitine (this is a form of carnitine) 2 times per day for a period of 3 months have experienced significant relief. In this study was found that this natural cure can reduce the penile curvature and plaque size significantly. It was found that carnitine is more effective than the drug Tamoxifen for reducing pain and stopping the progression of Peyronie’s disease. You can get this substance from meat, fish, poultry, and milk. If you want to take carnitine in a supplement form, then you should know that a dose of 3 g or over per day can lead to side effects, such as abdominal cramps, diarrhea, and nausea. Also, this could lead to seizure disorders and muscle weakness in people who suffer from uremia. This is a reason why you need to talk with your doctor about the recommended dosage. 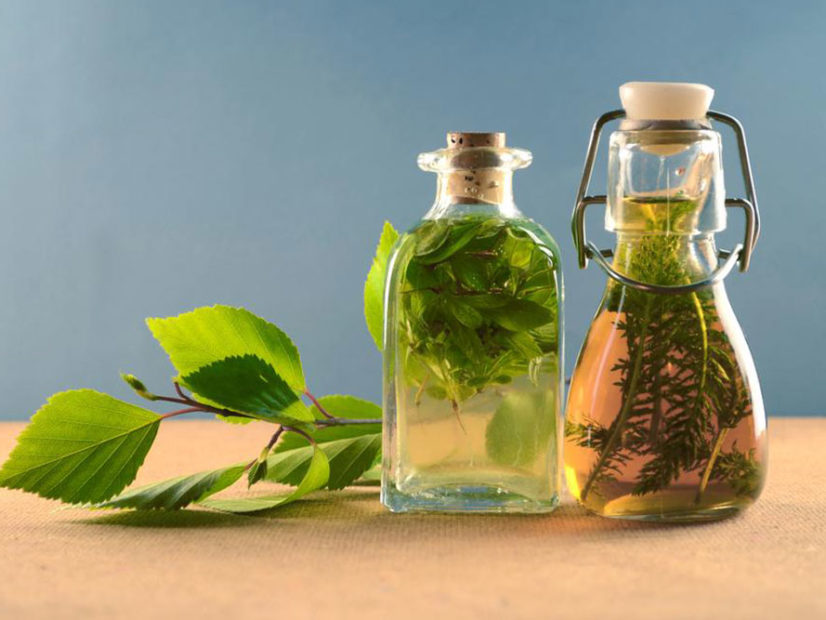 This is a very effective home remedy for Peyronie’s disease. When this natural cure is applied topically to the penis, especially scar tissue and plaque spots, then it can help to dissolve and soften the hard tissue. This home remedy is working well for all people who suffer from Peyronie’s disease. There are some males who receive more benefits than others but every single man will notice improvements in his condition. You need to be patient when you are using castor oil as your natural treatment for Peyronie’s disease because it can take up to 12 weeks to completely straighten the penis. Also, you can start noticing improvements in your condition in a period of two to three weeks. You should buy a high-quality brand. You should rub and massage a small amount of the castor oil to the affected area and then you should lightly apply a cotton bandage to keep the heat and pressure through the night. You should be sure that you are doing this every night before you go to bed because in this way you will have the best results. [5]

This is a commonly used herb in Ayurvedic medicine. It can help to restore the normal curvature of the penis by stimulating the disintegration of the scar tissues and reducing inflammation.