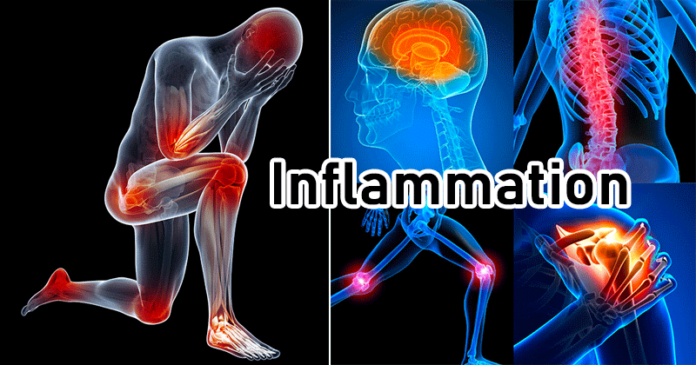 Inflammation is a defense mechanism in the body. Our immune system is recognizing the damaged cells, irritants, and pathogens and it begins the healing process. When something is irritating or it is harmful to our bodies, then there is a biological response to try to remove it.

The signs and symptoms of this condition can be uncomfortable, but they mean that the body is trying to heal itself. The inflammation is part of the body’s immune response. The inflammation can be beneficial, such as when knees sustain a blow and tissues need care and protection. 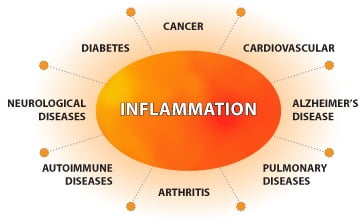 The type of pain caused by inflammation can vary. The pain can be described as pinching, stabbing, throbbing, and pulsating or constant and steady. Primarily, inflammation is causing pain due to the swelling which pushes against the sensitive nerve endings. This is sending pain signals to the brain.

The inflammation can be acute and chronic. Below are given the most common symptoms of both types of inflammation.

The most common symptoms of inflammation include [1]:

It is noticed that more blood flows to the affected area, and this can make you feel warm to the touch. [2]

This symptom is caused by a buildup of fluid. [1]

In the region of inflammation, there can be some loss of function.

This symptom is happening because the capillaries in the area are filled with more blood than usual. [1]

The inflamed area can be painful, especially during and after touching. Chemicals that are stimulating nerve endings are released, which is making the inflamed area more sensitive.

These signs of acute inflammation only apply of the skin. The inflammation that happens deep inside the body, such as internal organs, can cause symptoms and just some of them can be noticeable. In some cases, some internal organs may not have sensory nerve endings, so there will be no pain, such in some types of lung inflammation.

If you have noticed some of the above-mentioned symptoms of inflammation, then you need to talk with your doctor, so he or she can give you the right treatment.

Acute inflammation is one that starts rapidly and it becomes severe in a short space of time. The signs and symptoms are normally only present for a few days, but they can persist for a few weeks in some cases. Also, there are situations, conditions, and diseases, which can result in acute inflammation, such as