This is a condition in which one of our fingers gets stuck in a bent position. Our finger can bend or straighten with a snap, like a trigger being pulled and released. This condition is also known as stenosing tenosynovitis. It is happening when the inflammation narrows the space within the sheath which is surrounding the tendon in the affected finger. If this condition is severe, then the finger can become locked in a bent position. Those people whose work or hobbies require repetitive gripping actions are having increased risk of getting trigger finger. Also it is more common condition in women and people who suffer from diabetes [1]. The treatment of trigger finger depends on the severity of it. It is known that the musicians, industrial workers and farmers are often getting trigger finger because they repeat finger and thumb movements a lot [2]. Also smokers can get trigger finger (trigger thumb) from the repeated use of a lighter [3]. There are many studies in which are said that the trigger finger is more common in women than men [4]. This condition tends to happen most often in people who are between 40 and 60 years.

The signs and symptoms of the trigger finger can progress from mild to severe and they include:

This condition can affect any finger and the thumb is also included. Also you should know that more than one finger can be affected at a time and also the both hands can be involved. The triggering is usually more pronounced in the morning, while straightening your finger or firmly grasping an object. If you have noticed that your finger joint is hot and inflamed, then you should seek immediate medical care because these signs can indicate an infection. Also you should visit your doctor if you have any pain, numbness, catching or stiffness in a finger joint. Your doctor will make a physical exam of your hand and fingers. There are some cases when the finger can be swollen and there can be a bump over the joint in the palm of the hand. Also the finger can be locked in bent position or it can be painful and stiff. You should know that no lab tests or X – rays are used to diagnose this condition. 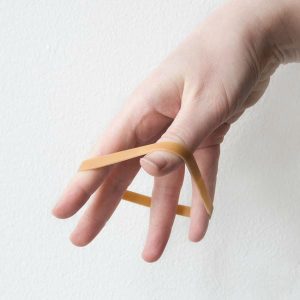 We know that tendons are fibrous cords which are attaching muscle to bone. A protective sheath is surrounding each tendon. When the affected finger’s tendon sheath becomes inflamed and irritated, then the trigger finger is happening. This condition interferes with the normal gliding motion of the tendon through the sheath. The prolonged irritation of the tendon sheath can produce thickening, scarring and the formation of bumps in the tendon (nodules) that impede the tendon’s motion even more. The forceful use of the finger or thumb or a repeated movement of finger or thumb is cause for the trigger finger. Also it is known that diabetes, gout and rheumatoid arthritis can lead to the trigger finger. [1]

Risk factors: There are some factors which can increase your risk of developing trigger fingers such as

[3] Michigan Surgery Specialists. The surprising effects of smoking on the hands. Retrieved from msspc.org/the-surprising-effects-of-smoking-on-the-hands/