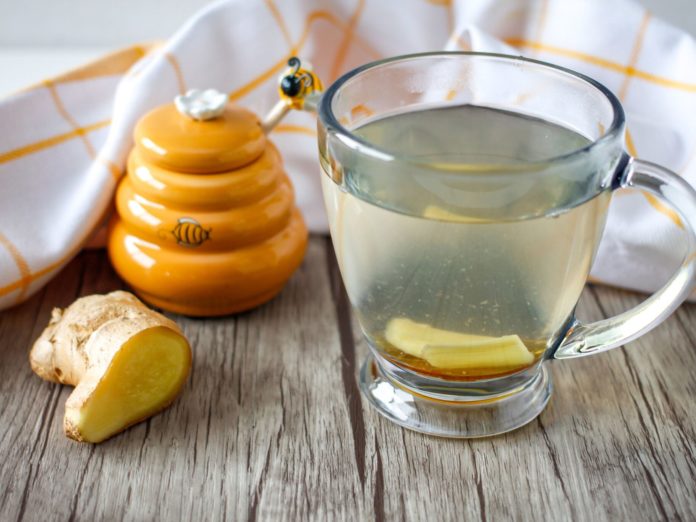 The ginger tea is a part in many types of diets due to its health benefits. Also, it is used as a home remedy for many different health problems. Usually, the ginger root is made into ginger tea. It has been used in many different medicines for thousands of years due to its powerful benefits. It is recommended to use the ginger tea with caution if you are using prescription medicines which improve circulation, such as aspirin because ginger can also thin the blood. Always talk with your doctor if you want to add this tea in your diet so you will be sure that it will not cause side effects. 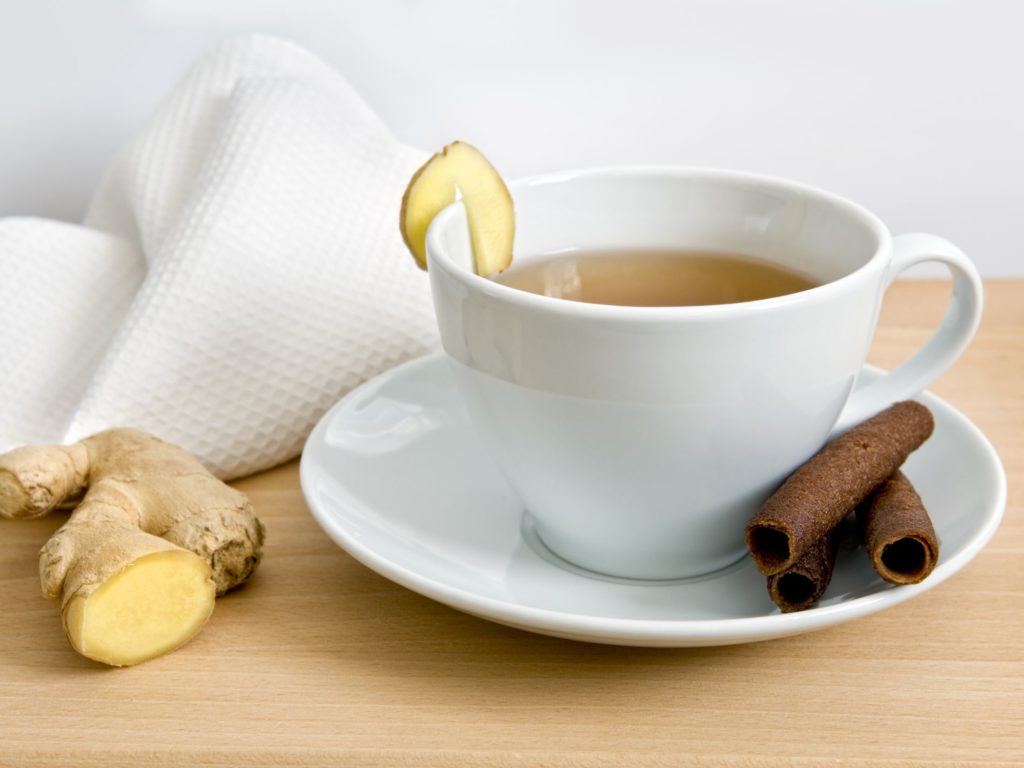 Functions as an emmenagogue: The emmenagogue is any substance which can help to stimulate the uterine contractions and clear the body of the dead cells which are lining the uterus and associated blood (this is collectively known as a menstrual discharge). Those women who suffer from extended bleeding and very painful periods can drink ginger tea because it will give them a relief.

There are some long – term studies done on people who drink this tea in which are found that they exert as much as 50% improved blood glucose levels compared to people who do not drink ginger tea. Also, it is noticed that people who regularly drink tihs tea have better insulin tolerance and clear glucose much more efficiently from the blood. If you are from a family of diabetics, then the best thing which you can do to protect your health is to add ginger tea in your diet.

Promotes a good mood: If you are in bad mood or you are feeling stressed, then you should add ginger tea in your diet because it can help to soothe your mood and it can initiate sleep. It is believed that the ginger is having a suppressing effect on the cortisol and a stimulating effect on the serotonin which can help you to get a restful sleep.

Helps treat respiratory conditions: We are frequently using ginger tea when we are sick because it has stimulating effect on the immune system because it can help to control bacterial growth and it can help to clear the mucus from the lungs.

Helps reduce cholesterol levels: It is known that the LDL cholesterol and triglycerides are having a negative effect on the overall cardiovascular health. The consumption of the ginger tea has been shown that can help to lower the LDL and triglyceride levels which in turn can decrease the risk of stroke and heart disease. The regular consumption of the ginger tea can help to keep your blood pressure under control.

Promotes weight loss: There are some studies in which are found that the ginger tea can promote the fat breakdown and it can prevent the storage of new fat while at the same time it will block fat absorption from dietary food and suppressing appetite.

Promotes digestive health: The ginger has been used for centuries to help treat indigestion or bloating associated with the consumption of certain foods. Also, the ginger tea can help to prevent and treat stomach ulcers. It is noticed that the ginger tea has a protective effect in the stomach of people who use prescription pain medications often because they have increased risk of developing stomach ulcers compared to normal people.

Boosts immune system: The ginger tea can be used as a home remedy for boosting the immune system due to its antibacterial and antihistamine properties. It can help in the fight against free radicals.

This is a chronic inflammatory disease in which the myelin sheath on the nerve endings gets damaged and inflamed. This is leading to scarring...
Read more

Talk with your doctor if you suffer from Crohn’s disease before you start using some of the mentioned home remedies for this disease. Crohn’s...
Read more

SIBO is shortcut for Small Intestinal Bacterial Overgrowth. It happens when the bacteria in the gut get out of balance and overgrow. SIBO refers...
Read more

The health benefits of this essential oil can be attributed to its properties as stimulant, restorative, insecticide, emmenagogue, cephalic, carminative, antispasmodic and antiseptic substance....
Read more