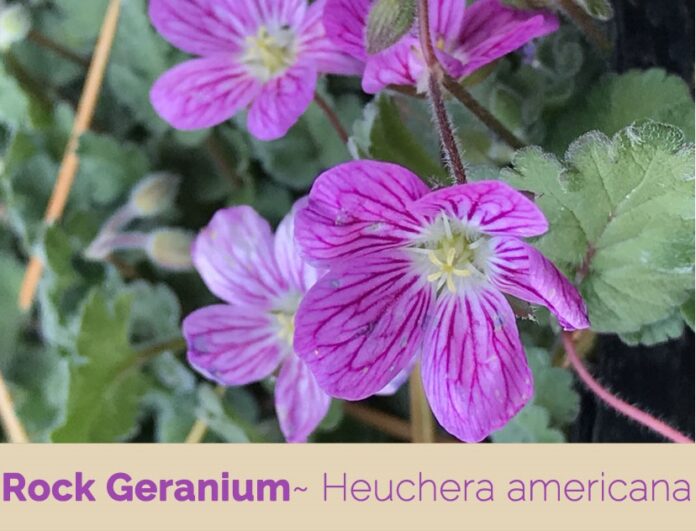 The scientific name of rock geranium is Heuchera Americana. It is one of the prettiest plants for the landscape. It belongs to the Saxifrage family. It is a perennial, herbaceous plant, which is native to the eastern and central North America. It has been found, that the rock geranium thrives well in the sheltered stony cliffs along the Atlantic, across to the Carolinas and even extends to the Midwest. The flowering season of rock geranium is from July to August, while its season is from August to September. The rock geranium has been used for centuries, because it has astringent and antiseptic properties.

In the traditional medicine, the rock geranium has been used as home remedy for sores, bloody wounds, excessive menstruation, nosebleed, hemorrhage, diabetes, diarrhea, Bright’s disease, gastrointestinal conditions, dysentery, ulcerative colitis and cholera. The root of rock geranium can be use as an alum substitute and this can be used in fixing dyes. The root of rock geranium is rich in tannin and it has been suggested that it is mordant. If you are growing rock geranium in your garden, then you need to remember that plants need to be about 35 cm apart each way.

It has drying effect, which means that it can help you in the treatment of diarrhea. Native Indians have used the heuchera americana as a home remedy for stomach ailments. If you want to use the heuchera americana as your home remedy for diarrhea, then you need to make a strong cup from the root and ensure you follow the instructions given by your doctor. 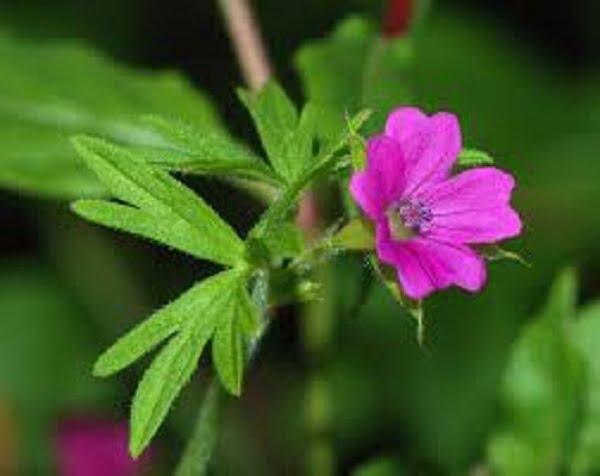 It can help to cure the internal cancers. You need to drink a hot cup of tea made from heuchera americana and consume one tablespoon on daily basis. This can help to stop the excess bleeding for quicker healing. It has drying effect, so this is a reason why you need to consume it in moderation, so in this way you can avoid dehydration.

There are some studies in which are shown that it can help to stop the bleeding. You should sprinkle rock geranium root on the sore or bleeding cut, so you will avoid the excessive blood loss. If you continue bleeding abundantly, even after you have applied this home remedy, you need to talk with your doctor as soon as possible.

This root has been used for years as a mouth wash for the treatment of infections in the mouth and gums. You can easily make the mouth wash. You need to chop one rock geranium root and pour it in a bowl and then, fill it warm water. Then, cover it and leave it for seven hours and then rinse it. You need to rinse your mouth with this natural cure for several days until the symptoms disappear. Also, in the traditional medicine, geranium powder has been put on the area where you have an extracted tooth, so it can help you to get a relief from it.

There are some studies in which are shown that it root can help in the treatment of dysentery. You will need a strong cup of tea made from heuchera americana and you need to take it until you feel better. But, you should not consume more than twenty cups a day of this tea.

In the traditional medicine, this root has been used as a pain reliever, so you can add it to your diet.

In the traditional medicine, it has been used to lessen wrinkles and toning up your skin, so you can use it for this purpose.