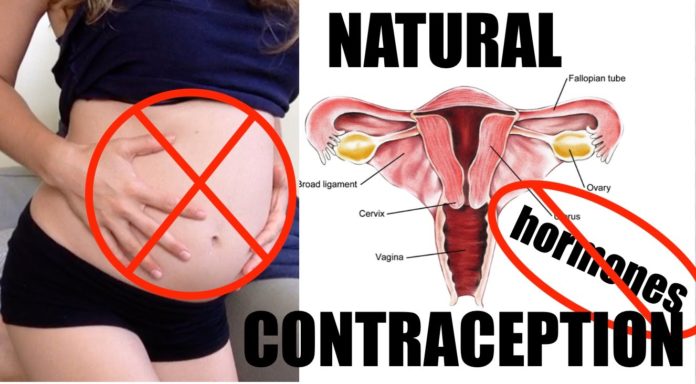 In some period of women’s live they want to be sexual active but not to get pregnant. Birth control is the use of devices, medications or practices which can prevent pregnancy. Natural methods of birth control or natural family planning are a type of birth control which relies on observations about the woman’s body and her menstrual cycle. There are many natural methods of birth which can include fertility awareness method such as cervical muscle examination, basal body temperature method and calendar rhythm method. There are many advantages of natural methods such as avoidance of medications or procedures, lack of prescriptions or health – care visits and cost savings. But also natural birth control methods have disadvantages such as they can be difficult to use correctly and the sexual intercourse must be avoided at some periods of the month. [1] Natural methods of contraception are considered as natural because they are not involving chemicals and this is not a result of hormone manipulation. These natural methods are to prevent pregnancy require that man and women should not have sexual intercourse during the time when the egg is available to be fertilized by a sperm. Here are some home remedies which can help you to have natural birth control:

This method is mostly used by women who have just delivered and is lactating. It is considered to be much efficient birth control when used during the six month period after giving birth. When using this method the mother is supposed to be consistently breastfeed every four hours. This should be coupled with around an interval of six hours every night. In this time it is effective because most likely her menstrual cycle have not started. Once this period of six month is done other methods should be incorporated because her menstrual cycle and fertility are likely to onset. [2]

In this method the individual should be constantly evaluating her working temperature to identify whether she is ovulating or not. When she records a rise in temperature it indicates that her ovulation has passed. This should be repeated for a period of three days, when a constant rise in temperatures is recorded it indicates that the individual is post ovulation and she is less fertile and effective birth control method.

Though less effective and efficient method, the preparation of a rhythm calendar is also another significant natural method of controlling birth. This works by predicting the woman’s fertile days, this is achieved by focusing on the duration or the length of the periods that she had in past.

This herb is also known as the wild carrot. The seeds that are extracted from the flower head of this plant are a good contraceptive (birth control) that acts naturally minus having adverse effects on the user. It works by initiating blockage of synthesis of Progesterone. It also proceeds to disrupt the implantation process. It works best when it is utilized as an emergency medication to prevent pregnancy. It therefore makes the conditions and the environment in the uterus to be very un-conducive for a fertilized egg. In this way it is very unlikely for it to implant.

What you should do with it is to take a teaspoonful of the herb’s seeds, in a period of eight hours after being exposed to sperms. After this first take follow it with a constant daily intake for a period of seven days. The seeds should be effectively chewed to their maximum. 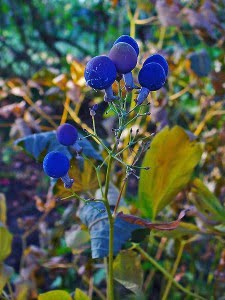 This plant has effectiveness when its roots are used. The roots have been established to be good natural birth control. This is because the roots are composed of two substances which are efficient in initiating uterine-contraction. One of these is known to mimic the oxytocin hormone, the other component is effective in saponin and actually it is known as the Caulosaponin.   What you should be doing when using this medication is that, you should take a single teaspoonful of the herb add this to a cup of boiling water. After this, it should be steeped for a period of five minutes maximum, after this is done sip the prepared tea slowly. Repeat this at least three times in a day, repeat this practice constantly till the menstruation period onsets. [3]

This innocuous looking spice has great potential of preventing unwanted pregnancy. This is because of its Emmenagogue power to promote the menstrual flow and aid birth control. What is recommended when using this herb is to regularly drink a minimum of two cups of tea which is strongly prepared with ginger? This practice should be repeated on a daily basis. It is also effective in that even if the menstrual flow comes late by a single day it can initiate it and prevent you from getting pregnant.

This herb cannot be underestimated on its ability to act as an effective birth control, the herb is considered to be effective due to its efficacy for this role.

This herb is established to have Bioflavonoid which is known as Rutin, which is an effective component in delaying conception or can as well be used as an effective medication for birth control. It is considered to be accurate it its purpose regardless of whether fertilization has taken place or not. It operates by curtailing implantation of the fertilized ovum on the uterine walls. What should be done is to take close 500 gm of the herb.

This perennial herb which has its origin in Iran, it is culinary additive because of its Pungent smell. It is established that it can curtail conception as well as induce abortion. The requirement is that the user to take its juice only once in a monthly period to help make it effective, you should take it with water for great effectiveness. [4]

Concentrated Vitamin C can be a good initiator of menstrual cycle. Despite the fact that ascorbic acid is not the natural form of vitamin C it is very effective for this purpose. What you are required or expected to do is to take 500 mg in a constant period of one hour interval for a period of twelve hour every day for six days. The only side effect that this high dosage of ascorbic acid can have in you is that in can initiate a loose bowel. [5]

This herb has been used among the Indians for quite a long period of time initiate temporal sterility. What you are supposed to do to prepare the medication is placing the plant in the boiling water, after this you are supposed to consume it. The herb is very bitter, has a strong taste therefore its liquate extracted after boiling can be very repulsive to you.

Roots of Jack in the Pulpit

Though less powerful when compared to other herbs like Stonessed roots. The preparation process involves preparing a mixture of one teaspoonful of the dried roots of this plant more so when powdered. This should be added in a cup of cold water, after this strain the liquid and consume it thereafter. The extract is very effective in birth control for a period of one week.

This plant which is in the genus of mint has been in use by the Greeks as well as the Romans to birth control. It work is seen in its ability to work as an Emmenagogue, this therefore helps it to initiate menstrual flow. In this case it is also seen as an efficient herb which asserts self-abortion. Despite the fact that it cannot work independently it is an effective herb to stop risk of getting pregnant. What is normally done or what is expected of you is that you take a fresh or dried leaves of the plant and prepare tea using it and it will automatically induce menstrual cycle hence preventing likelihood of conceiving when not ready for the pregnancy process. To achieve its purpose Boil around eight ounces of distilled water, get it off the heat and add one teaspoonful of dried pennyroyal leave it to stand for a maximum of fifteen minutes. Strain this mixture and add to the extract some honey, after this drink it immediately if you had unprotected sex. This will help to achieve maximum protection from conception; it is also significant in the sense that it induces menstruation immediately and allows an environment which prevents fertilization of the ovum to take place. In this way it reduces the risk of conception by a big percentage when the above process is followed effectively. [6]

[5] Douglas Wilson R. Pre-conceptional vitamin/folic acid supplementation 2007: the use of folic acid in combination with a multivitamin supplement for the prevention of neural tube defects and other congenital anomalies. Journal of Obstetrics and Gynaecology  Canada. 2007;29(12):1003-13.