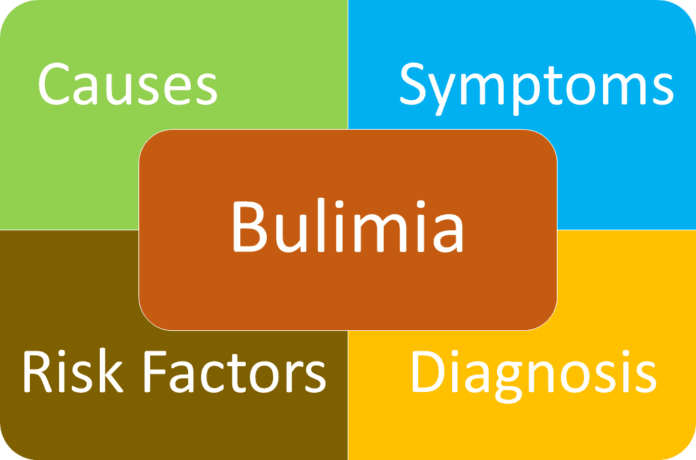 Bulimia is also known as bulimia nervosa. This is very serious disorder which is categorized as eating disorder.  This kind of disorder can be very dangerous at people’s life because when people are suffering from bulimia, then they are eating large amounts of foods. After they have eaten large amounts of foods, they have started ridding off the food in unhealthy way. People who are suffering from bulimia can force engage or vomiting when they are doing excessive exercises [1]. In some case people purge when they are eating normal size meal or when they are having a small snack. This type of disorder can be categorized in the following ways:

No matter what the method you are using against your disorder, when you trying to get rid of your extra calories this case can result as purging. If you are suffering from bulimia, then you must be preoccupied with the shape and weight of your body. This disease is not connected just with eating but also is connected with the image that some person has about it. When people are suffering from bulimia they are constantly finding flaws in their bodies [2]. When this process is happening, then it is very hard for people who are suffering from bulimia to overcome their disorder. But if you are suffering from this disease, you should not be worried because if you visit your doctor in the early stage of bulimia, then he or she will give you the right medical treatment. Your doctor will show you the way how to eat healthier. When you are eating healthy, then you are not having problems with your weight. Also you are not feeling bad about yourself who is resulting with better opinion about yourself and ability to help your body to get rid of the serious complications which have been done with your condition.

Signs and symptoms of bulimia

Here are the signs and symptoms of this disorder:

Causes: The exact cause for this kind of eating disorder is not known. There are many factors which can be reason for this kind of disease such as societal expectations, emotional health, biology and other problems.

Risk factors: Here are the risk factors of bulimia:

[6] Gagnon-Girouard MP, Chenel-Beaulieu MP, Aime A, et al. Psychological meanings of eating disorders and their association with symptoms, motivation toward treatment, and clinical evolution among outpatients. Europe’s Journal of Psychology. 2019;15(2):367-9.