You should know that dioxin poisoning is a dangerous environmental pollutant that can linger at unsafe levels in many of the foods that we eat. Dioxins even sneak into healthy diets. Dioxins are persistent organic pollutants.

They can store in the body’s fat cells for up to eleven years before they break down naturally. There are some studies in which are said that more than 90% of human exposure is through food, mainly shellfish, fish, meat, and dairy products.

We know that POPs are major environmental contaminants and pollutants which resist degradation and this is a reason why they persist in the environment and build up in the food chain. There are some studies in which are noticed that all Americans have dioxins stored in their bodies.

This is mostly happening due to the contaminated food supply. Also, there are some studies in which are said that human breast milk has dioxins in amounts similar to highly contaminated foods, such as fish, cheese, and beef.

This is making the newborn’s exposure to dioxin much higher than that of children and adults. Dioxins can have serious effects on human health, such as to impair child development and fertility, attack the nervous system and immune system, and cause cancer.

Dioxins are found throughout the environment so you should take steps to avoid as much as you can because it is not possible to completely avoid them. You need to talk with your doctor if you have dioxin poisoning before you start using some of the below-mentioned home remedies for it. 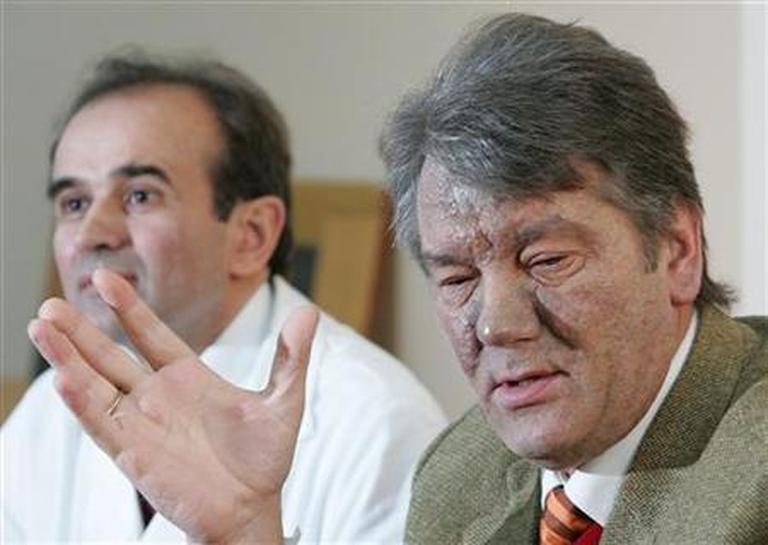 Here are some home remedies for dioxin poisoning:

It is very important to avoid eating contaminated fish, especially fish which come from contaminated areas or where have lots of big fish, such as tuna, swordfish, and shark. These fishes tend to contain higher amounts of mercury than smaller fish. There are some doctors who are recommending pregnant women not to consume more than seven ounces of tuna per week.

It is a known fact that mercury can cause brain damage in the developing fetus. It is recommended to avoid eating tilefish, king mackerel, swordfish, and shark because they can have high levels of toxicity. [1]

It is very important to remember to drink a lot of filtered water. This can make you sure that your bowels are moving daily and you sweat a lot. In this way, water can help you in the fight against dioxin poisoning. You should drink eight ounces of water or vegetable juices every two hours because it can help you to stay hydrated and to help flush out toxins.

These natural cures have Omega – 3 fatty acids and fiber which can help with the detoxification of the colon and they can reduce the inflammation [2].

It is known that avoiding exposure to dioxin can be difficult due to its ongoing release by many different industries which have resulted in widespread contamination of the American food supply. Butter, eggs, milk, fish, and meat are the worse food offenders. You should eat fewer animal products so in this way you can reduce your exposure to dioxin.

It is known that copper is a mineral that happens naturally in many foods, including beef, animal organs, avocado, shellfish, fruits, grains, nuts, legumes, and vegetables. There are some studies in which are said that the copper can be used as a home remedy for the dioxin poisoning. You should avoid this natural cure if you know that you are allergic to copper.

You should eat fruits and vegetables which are rich in Vitamin C which can help to reduce the damage caused by dioxin poisoning. These foods are acting as antioxidants which can help in the treatment of dioxin poisoning. You should include high – Vitamin C foods in your diet, such as bell pepper, guava, papaya, kiwi, broccoli and cruciferous vegetables, all types of berries, leafy greens like spinach and kale, citrus fruits like oranges or grapefruit. [3]

There are some studies in which are said that safflower can be used as a home remedy for dioxin poisoning but there should be done a lot more studies in future to approve or disapprove this claim.

You should eat a plant-based diet and in addition to it, you can help protect your body from the ravages of dioxin toxicity by making small, daily diet and lifestyle choices that can boost your immune system and detoxification system. All people can choose to live in a way that enhances detoxification and immune health by choosing fresh and organic products as much as possible. [4]

There are some studies in which are said that a combination of spirulina extract plus zinc can be used as a home remedy for the dioxin poisoning. There should be done a lot more studies in the future to approve or disapprove this claim but also to see if the zinc alone can help in the treatment of this problem. [5]

It is known that these vegetables have sulfur which can help the liver to detoxify itself of the heavy metals. You should talk with your doctor if you can use it as your home remedy for dioxin poisoning.

This natural cure can help you to stay hydrated. It provides important mineral and it can support liver health by providing glutathione. Also, it can provide amino acids that can help to strengthen your organs. You should consume bone broth. You can make it on your own and sip it on several cups per day or you can use it a protein powder made from bone broth.

You should avoid drinking too much alcohol because it is toxic for your body and it can make it more difficult for your liver to process other toxins.

You should add antioxidant and anti-inflammatory herbs and spices in your diet, like cinnamon, turmeric, ginger, thyme, rosemary, oregano, parsley, and basil because they can help in the natural treatment of dioxin poisoning. Also, you can add cilantro in your diet because it is one of the most powerful herbs which can be added in a combination with other herbs and spices. Parsley is also a good choice for you. [6]

Keep away medications and chemical products away:

There are many doctors who are recommending keeping all medications, cleaning products, and petroleum products away from small children. Also, they are recommending installing childproof locks or gates which can help to prevent children from finding poisons.

Limit use of chemicals:

It is very important to limit the use of chemicals inside your house as much as possible. You should use natural alternatives, such as lemon juice (as a cleaner), essential oils (such as fragrances), distilled white vinegar (as cleanser), baking soda (as cleaner, deodorizer) and liquid soaps (as detergents).

[3] Poljšak B, Fink R. The protective role of antioxidants in the defence against ROS/RNS-mediated environmental pollution. Oxidative Medicine and Cellular Longevity. 2014;2014:671539.

[4] World Health Organization. Dioxins and their effects on human health. 2016. Retrieved from www.who.int/news-room/fact-sheets/detail/dioxins-and-their-effects-on-human-health