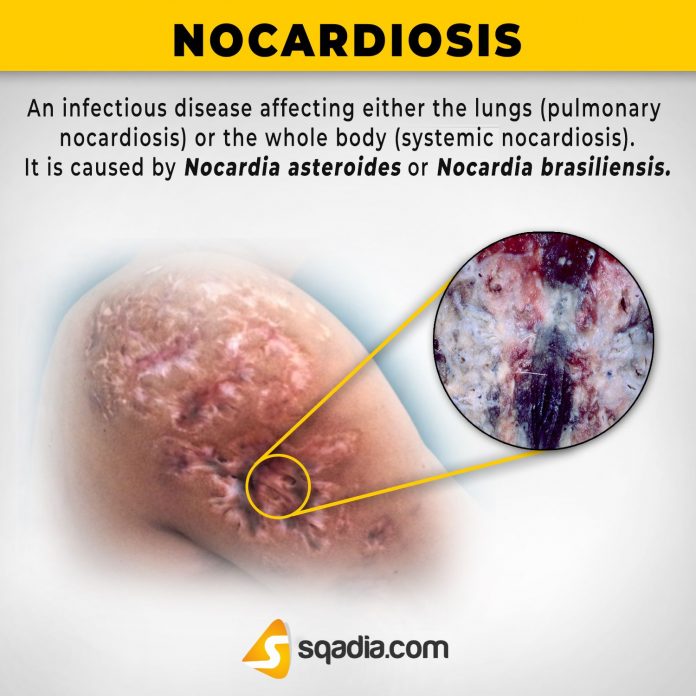 This is a disease which is caused by bacteria in standing water or soil. Nocardiosis starts in your lungs or skin and it can cause serious problems if it gets into your bloodstream and infects other parts of your body. It is known that nocardiosis comes in 2 forms. The first one is that you get pulmonary (lung) version from breathing in the bacteria. The second one is affecting your skin and it is known as cutaneous. This is happening when the bacteria gets into an open wound like a scratch.

Also, if you have taken high doses of powerful steroids (these are drugs which can help with the inflammation), then you have increased chances of getting nocardiosis. This condition can be treated successfully with antibiotics, especially when the treatment is received in the early stages. But if multiple areas become infected, then this infection can become life – threatening. 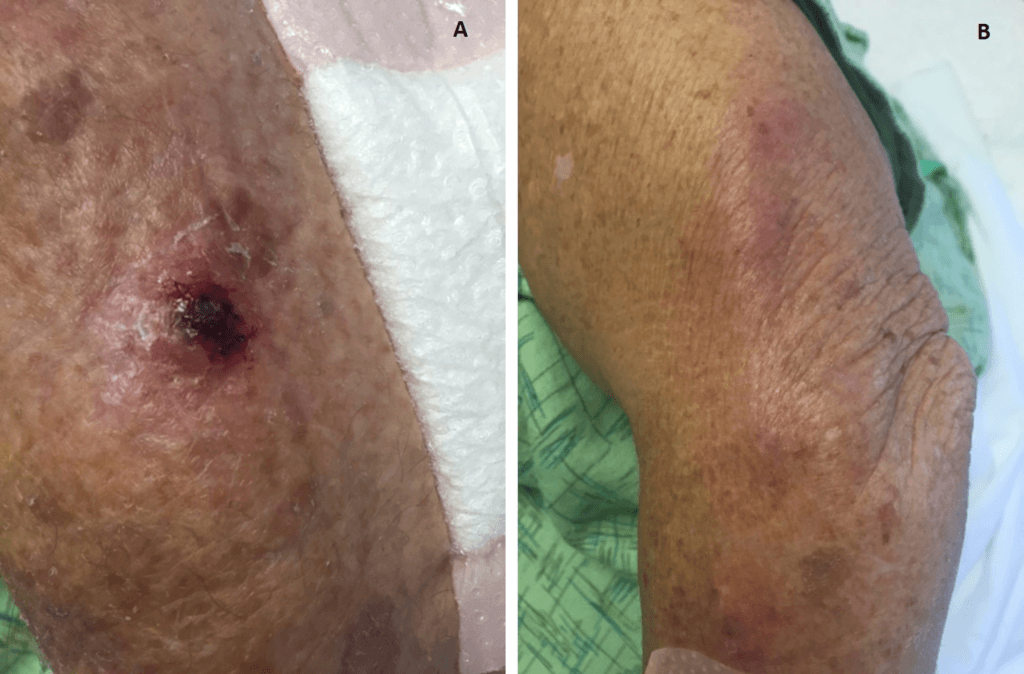 Here are some symptoms of pulmonary nocardiosis

The second most commonly affected area is the skin. If your skin becomes infected with Nocardia bacteria, then you can experience:

The skin abscesses on your chest, hands or rear end are the most common signs of primary cutaneous nocardiosis. These bumps are on or below the skin’s surface, which usually are filled with a fluid (pus). Also, you can have a fever. If this infection is not treated, then the infection can spread through your bloodstream to your brain or in rare cases it can affect intestines, kidneys or other organs. This can be very serious. Here are some signs which will show you that the infection has spread to your brain:

If you have some of the mentioned symptoms, then you should see your doctor a,s soon as possible.

This condition is caused by Nocardia asteroids, which is a bacterium that is carried up into the air from the ground and it can be inhaled. Also, there are other species of the same family, such as Nocardia farcinica, Nocardia caviae and Nocardia brasiliensis, which can cause nocardiosis. This bacterium usually enters the body through lungs and in rare cases it enters through the gastrointestinal tract or the skin. Those people who have immune systems which are not functioning properly (also known as immunocompromised) are having increased risk of getting nocardial infection. Also, those people who are having normal immune systems but they are taking immunosuppressive drugs as part of the routine for organ transplantation, are having greater than normal risk of getting nocardiosis.

There are many different complications which can arise from nocardiosis. These complications can vary which depends on the area of the body that has become infected

The brain infection can lead to loss of certain brain function

The skin infection can lead to scarring or disfigurement